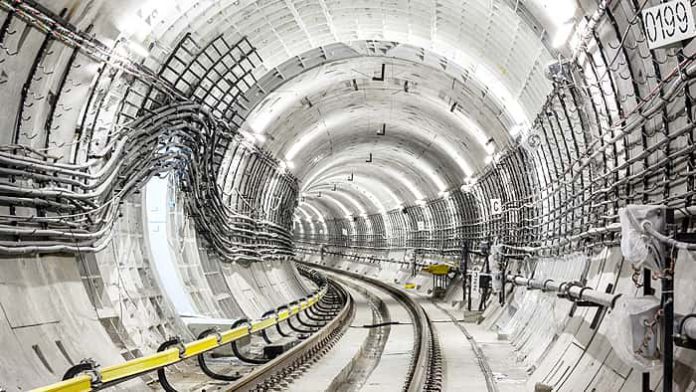 The construction work on the elevated stretch of the phase I extension of the Chennai Metro Rail (CMRL) is all set to begin as contracts have been awarded to construct the viaduct and stations from Tondiarpet to Wimco Nagar. This stretch runs underground from Washermanpet to Korukkupet and then runs as an elevated corridor up to Wimco Nagar.

It is said that six stations and viaduct will be built from Tondiarpet to Wimco nagar. Stations will be built at  Tondiarpet, Toll Gate, Gowri Ashram, Thangal, Tiruvottriyur and Wimco Nagar. Contracts have been distributed to two different firms to avoid confusions and delay in the work.

Estimations state that the work along this stretch will be completed and open for public by 2019.Soon, the work on laying track and other work such as construction of cross passages — the pathway that passengers can take in times of emergencies — will be taken up. This project was mooted several years ago and the State gave its approval seven years ago. But the project got the nod from the Centre only in June 2016. In fact, the last public appearance of former Chief Minister Jayalalitha was at the launch of this project in September 2016, three months before she died.

If this stretch is opened to the public, thousands of commuters from north Chennai will be greatly benefited and mobility will improve too, officials said.

Promotional video of Vijay television's new serial left the audience upset with condemnations pouring from all the directions of Twitter. Many expressed their displeasure...