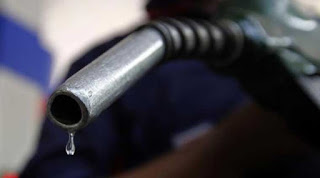 The union Government on Saturday 02-01-2015 has  hiked excise duty on petrol by Rs 0.37 per litre and by Rs 2 a litre on diesel, the second increase in duties in just over two weeks,(the last increase on December 17th 2015) to realize a little less than Rs 4,400 crore.
However, there will be no increase in retail selling price of petrol and diesel as state-owned oil firms had not passed on the full benefit of a reduction in international oil prices to consumers on January 1. If they pass the benefit then the consumers need to pay more for diesel and petrol.
There has been increase in the basic excise duty on unbranded or normal petrol has been from Rs 7.36 per litre to Rs 7.73 and the same on unbranded diesel from Rs 5.83 to Rs 7.83 per litre, as per the notification of the Central Board of Excise and Customs (CBEC).
On the account of the increase in excise duty, it will fetch the government over Rs 4,300 crore on diesel and about Rs 80 crore on petrol.
This is the second time in less than three weeks that excise duty is being hiked to make use of the slump in oil prices to gather resources for the government without burdening consumers.
On December 17 2015 the government has raised excise duty on petrol by Rs 0.30 per litre and Rs 1.17 a litre on diesel to collect Rs 2,500 crore.
Taken together with the November 7, 2015 increase in excise duty on petrol of Rs 1.60 per litre and diesel by 30 paise to raise Rs 3,200 crore, this is the third hike they have levied for this fiscal. In the three increases, the government is expected to realize over Rs 10,000 crore to meet its budgetary deficit.
Prior to these, the government had in four installments raised excise duty on petrol and diesel between November 2014 and January 2015 to minimize the reduction in retail rates, which followed falling international oil rates. The four excise duty hikes during this period totalled Rs 7.75 per litre on petrol and Rs 6.50 a litre on diesel.
The government earned Rs 20,000 crore as additional revenue, which will help to meet its fiscal deficit target. If the government would not have raised these duties, consumer price of petrol and diesel should have been lower by 10.02 a litre and Rs 9.97 per litre respectively.
The current cost of petrol and diesel are as follows
Delhi – Petrol Rs 59.35 per litre & diesel Rs 45.03 a litre
Chennai – Petrol Rs 59.77 per litre & diesel Rs 46.25 a litre
The most recent price change date: Friday, January 1, 2016.