Cinema The Evolution Of Batman From 1943 – 2016.
Share on Facebook
Tweet on Twitter
“It’s
not who I am underneath, but what I do that defines me.” For all the crazy BATMAN fans out there, this dialogue has
been like our mantra isn’t it! So many years of having this Batman fever and
let’s see the evolution of Batman from 1943 to 2016, shall we?!
1. Lewis Wilson – Batman serial (1943)

Only the
most loyal fanatics of Batman may know that The Caped Crusader hit the silver
screen well before Adam West. Lewis Wilson portrayed Batman as a
swinging playboy by day, moonlighting as a bat-eared detective who could throw
down with criminals, so long as he was able to get back to his lady-friend
Vicki Vale. The only thing Batman had was The Batcave, his hidden sanctum
deep below his remote estate.
2. Robert Lowery – Batman and Robin serial
(1949)

With Robert Lowery playing The Caped Crusader, Batman
and Robin battle The Wizard, who has stolen a machine that controls motorized
vehicles up to 50 miles away. The Wizard’s criminal exploits continue, as he
must steal diamonds to keep the machine running.
3. Adam West – Batman television series (1966),
Batman : The movie (1966)

Love him, hate him, or be confused by him, there is no
mistaking that Adam West was the first mainstream Batman on film. Adam
West created polar opposites of Bruce Wayne and Batman from the serials of the
40s. His Bruce Wayne was grim and serious, while his Batman was more flippant
than earlier versions of The Dark Knight.
4. Michael Keaton – Batman (1989), Batman
Returns (1992) 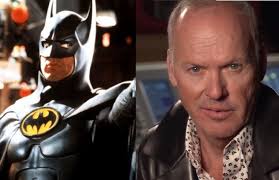 It took a long time, but in 1989, history was made in the
world of Batman when director Tim Burton, comedic actor Michael Keaton, and
Academy Award winner Jack Nicholson got together and made a blockbuster
superhero movie that future films would strive to be equal to. That movie was Batman. Batmobile and Batwing became technological
marvels of commercial marketing.
5. Kevin Conroy – Batman: The Animated Series (1992-1995), Batman: Mask of the Phantasm (1993)

The Animated Series seemed
almost a bridge in the movie franchise from the dark action movie of Batman and Batman Returns to the live-action cartoonishness of Batman
Forever. The Batmobile is pretty
bad-ass, just a little sleeker than the last one.
6. Val Kilmer – Batman Forever (1995)

While the storyline isn’t that bad, the villains of Tommy Lee
Jones and Jim Carrey are sadistically clever, and Val Kilmer doesn’t “Adam
West” the hell out of Batman or Bruce Wayne, there is one item in this movie
that began the utter destruction of the most feared superhero franchise of the
1990s. No matter how angry Batman became, no matter how hot Nicole
Kidman looked, no matter how bad-ass the Batmobile handled, it’s hard to get
past the Bat-nipples.
7.
George Clooney – Batman and Robin (1997) 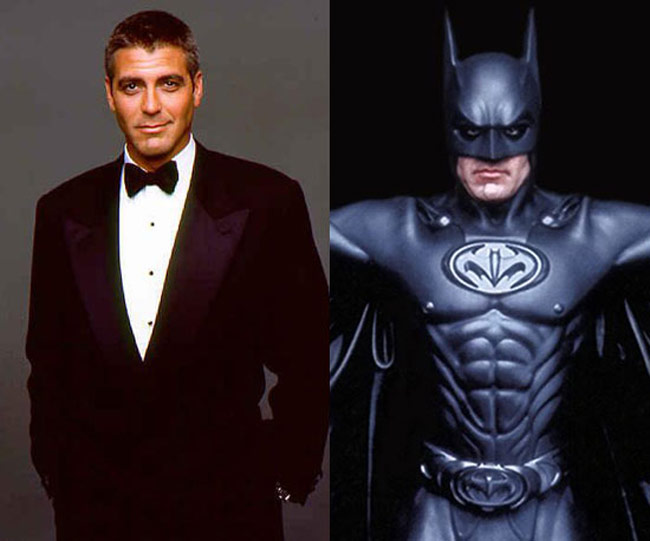 Whereas Val Kilmer and Batman Forever managed to control how far they managed to allow the
Batman franchise to step backwards, George Clooney and Batman
and Robin made sure to catch up.
The villains got loonier–so loony that the
terrifying Bane looked ridiculous for the first time . George Clooney was BORN to play. If he’d been given a
more serious role, he could have been the Bat-franchise’s Sean Connery.
8. Christian Bale – Batman Begins (2005), The Dark Knight (2008), The Dark Knight Rises (2012)

Christopher Nolan directed arguably the best series of Batman
movies thus far when Batman Begins was released
with Christian Bale portraying the Dark Knight. The film took the dark,
brooding  and added the one thing it was
lacking: the character development of Bruce Wayne/Batman in an epic way that
recreated Bruce Wayne’s past. It worked. With the focus on Batman instead of
whatever villain was around at the time, Wayne’s training and transformation
are realized. Batman battles the inner demons clamoring for vengeance while
portraying the lavish, playboy lifestyle of a multi-billionaire in daylight
hours. This is the
Batman that fans had been waiting for. The only bad thing about this Batman is
that, after The Dark Knight Rises, he will be gone, and replaced by another Batman who will have a hard
time reaching the bar that Christian Bale has raised.
8. Dledrich Bader – Batman: The Brave and the Bold (2008-2011)

Whereas Christian Bale set the standard for the serious
Batman movie, Batman:
The Brave and the Bold and Diedrich
Bader took the fun road with their animated series that launched after
audiences were wowed by Heath Ledger’s performance in The Dark
Knight.  With skinny little legs holding up a huge body, a brighter costume than
Adam West’s, and a run that is almost as ridiculous as Scooby-Doo and Shaggy’s,
this Batman drew on the older interpretations of Batman during the more playful
years in Batman books. Batman cracks obvious jokes, does some wordplay, battles
ghosts, time travels to meet Sherlock Holmes, and pretty much everything else
you would expect a children’s cartoon to feature.
Guess we got all the actors who played Batman listed out
here. Christian Bale is by far my
favourite one and personally I feel no one can beat him. Do comment below on your favourite actor
from the list !