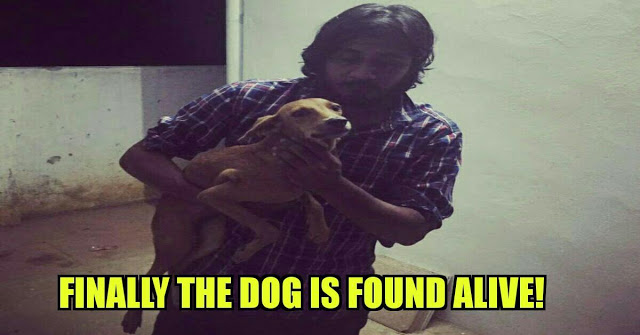 The pup who was thrown off a rooftop in Chennai has been found alive. One of the animal rights activists involved in the pushing for social media attention and police action on the issue posted a picture late on Tuesday night, saying the pup is unable to walk properly and that she is presently receiving medical attention.

The activist, Shravan Krishnan, posted the image, adding, “What breaks my heart is that she was still wagging her tail.”

Chennai Police are presently on the lookout for the two youth, who have been asked to turn themselves in for arrest.

The video clip of the barbaric act had gone viral and had attracted shows of rage on various social networking platforms.