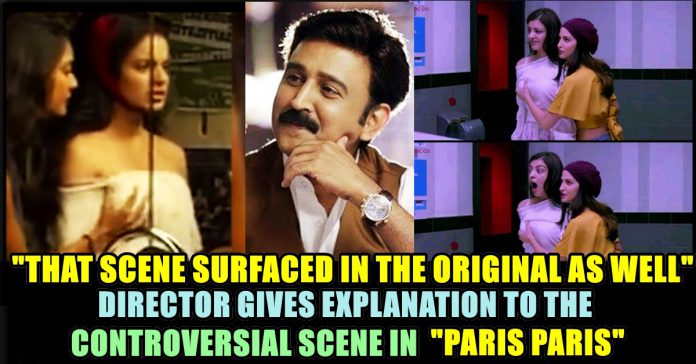 As promised, the teasers of Queen remakes were released on Friday in Telugu, Tamil, Malayalam and Kannada, respectively. Tamannaah Bhatia stars in the Telugu version, Kajal Aggarwal in the Telugu one, Parul Yadav headlines the Kannada cast and Manjima Mohan plays the titular character in Malayalam. All the four teasers were released simultaneously. Queen is Kangana Ranaut’s Hindi blockbuster film, which released in 2014. She played Rani, a naive bride-to-be, who, after being dumped on the day of her wedding, goes on her honeymoon alone.

Tamannaah Bhatia stars as Mahalakshmi in the Tamil version while Lisa Haydon’s role (Kangana’s friend in the film) is played by TV presenter Shibani Dandekar. The film is titled That Is Mahalakshmi. It is presented by Taizoon Khorakiwala. Butterfly is the title of Parul Yadav’s version of Queen remake. Elli too plays her friend in the film. Ramesh Aravind has also directed the Kannada remake. The Malayalam remake Zam Zam has been directed by Neelakanta and stars Manjima Mohan in the lead role. Shibani Dandekar has been roped in for this version too. Meanwhile the Tamil version of the film was titled as Paris Paris which has Kajal Agarwal as the female lead. The film was directed by Ramesh Aravid. Watch the teaser here :

At the 40th second, a glimpse of a female co-star catching hold of Kajal Agarwal’s breast surfaced. The screenshot of it went viral and turned out to be a meme material on Internet. In a recent phone call interview released in Indiaglitz, the director of the film Ramesh Aravind explained about why he kept a scene like that in the teaser of Paris Paris.

“The scene you see in the teaser was took place in the original version of the movie as well which won the national award in the best film category. I can understand what you are asking about. While witnessing it in teaser you might imagine of something else but when you see it in the film along with the situation, you would understand the real reason behind the scene.” the director said. “I am eagerly waiting for the release of the film as this is my directorial after Uththama Villain. The film was completely finished and is work is awaiting for its release.” said the director. “I have not done any cameo in the movie as there is no space” he added.

Kangana Ranaut nailed her role as a innocent village girl and as a sensible transformed girl in the movie Queen. Now believing in the content of the film Producer Manu Kumaran  bought the rights for Queen. He told news agency IANS, “I really hope the audiences love these teasers because making these four movies together has been the most scary, stressful, nerve wracking and yet supremely joyful experience of our lives. I have a clear understanding of what happens to parents of quadruplets.”

The Tamil, Telugu, Malayalam and Kannada versions of Queen will release across five states in February 2019.

Anikha Surendran, a child artist who appeared in a number of Tamil films, released a clarification video addressing about a viral fake video which...

IPL star Sandeep Lamicchane who represented Delhi Capitals team in the Indian Premier League and is captaining the Nepal cricket team got accused of...

Actor Nakkhul Jaidev who is popularly known as Nakkhul among the audience of Tamil cinema, is currently participating in the "Bigg Boss Jodigal" show...

STR Still Looks The Same Even After The London Visit ?? Check These Reactions !!

Silambarasan aka Simbu aka STR is all set to be seen opposite ex Hansika Motwani as an extended cameo role in her 50th film,...