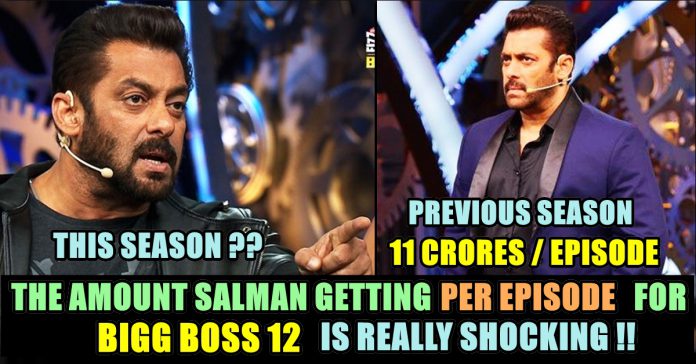 Bigg Boss is all set to entertain its viewers once again as the popular reality show is coming back with its twelfth season. Fans were already very excited and their enthusiasm has increased manifold after its grand launch event that took place in Goa. 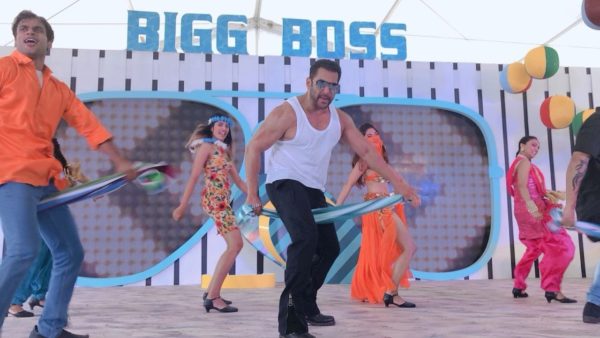 Going by the promos, the makers have come up with a unique concept of ‘Vichitra Jodis’ and in this season, commoners will also be a part of the show along with celebrities. Some celebrity contestants who will be a part of BB12 are reportedly Dipika Kakar, Shaleen Bhanot, Tanushree Dutta, Bharti Singh and Haarsh Limbachiyaa.

Apart from the theme and contestants, Salman’s fee per episode is what has been raising eyebrows for years.

Reports are doing rounds that the actor has hiked his fee for Bigg Boss 12 and he will be charging Rs 14 crore per episode for this season. If this turns out to be true, the “Sultan” star will take home over Rs 300 crore from BB12.

According to a report, here’s per episode fee of Salman Khan in various seasons of Bigg Boss: 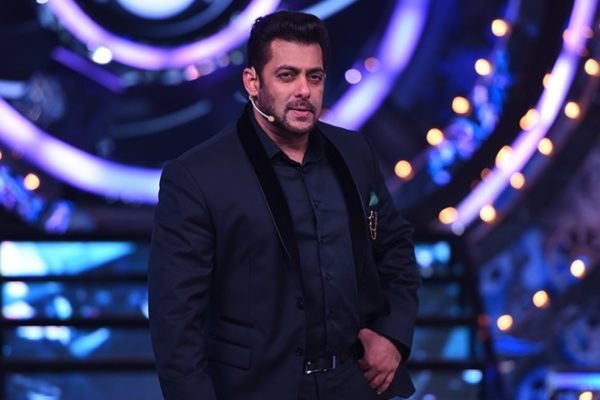 Well, that’s a whopping amount and it’s indeed only because of Salman’s fandom and craze among people that the makers are also not hesitating from paying him such an exorbitant sum.

Previous article“Abirami Struggling To Sleep At Nights & Her Eyes Looked Red” Says The Lawyer Who Met Abirami In Jail !!
Next article22-Year-Old Woman Called Her Ex To Have Sex & Slit His Throat In An Unexpected Way !!

“Abirami Struggling To Sleep At Nights & Her Eyes Looked Red” Says The Lawyer Who Met Abirami In Jail !!

Ahead of the release of Bollywood web series "The Family Man 2 ", hashtag saying "Shame on you Samantha" is trending in the micro...