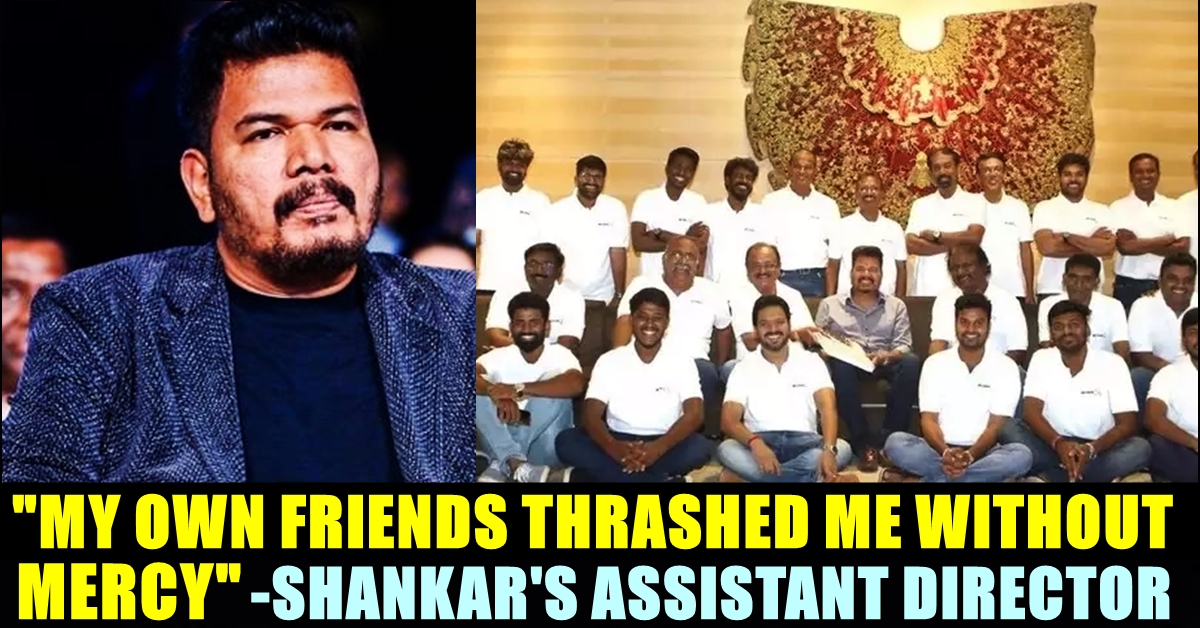 Director Vasantha Balan who made critically acclaimed films such as “Angadi Theru”, “Veyil”, “Kaaviya thalaivan” etc worked as an assistant director to Shankar before venturing as a filmmaker through his debut film “Album”. In a recent interaction with former director Chithra Lakshmanan for his youtube channel “Touring Talkies”, Vasantha Balan shared about many incidents including the humiliation he faced after making “Album”. Vasantha Balan worked as Shankar’s assistant in his debut film “Gentleman”, romantic drama “Kaadhalan”, political crime drama “Indian” and family drama “Jeans”.

Vasantha balan became one of the prominent filmmakers in Kollywood film industry only after the release of “Veyil” which was a commercial success and a critically acclaimed one. It was shown as the Indian representative at the 2007 Cannes Film Festival. His third film “Angadi Theru” became an universally acclaimed film for the theme it portrayed. The film was shortlisted for India’s submission for the Academy Award for Best Foreign Language Film.

However, Vasantha Balan, before getting into the limelight for the quality films he made, faced humiliations from his own friends after the failure of his debut film “Album”. The film which was released in the year 2002, is a box office dud and is considered as an utter flop. While talking about his debut film, Vasanthabalan said that he was supposed to do a film with Vikram but couldn’t do it due to “Saami”. So he was forced to do “Album” with newcomers.

When he was asked to comment on the impact that created by the failure of “Album”, Balan said “That film was an utter flop. Only 10 people watched it in AVM Rajeshwari theatre. My friends made mean comments which hurted me a lot. They asked whether I worked as an assistant director or as an office boy to Shankar sir. They wondered how could I make such cheapest movie after working as an assistant director to a filmmaker like Shankar sir. Those kind of comments hurted me a lot”

“I accepted the criticism as I gave poor result. They expected a success like “Gentleman”, “Indian” and “Jeans”. As I failed to meet their expectation, they criticized me with harsh words.” said Vasantha Balan who also added that he thought of returning to his hometown. After a deep self analysation, Vasanth approached his Guru Shankar and made “Veyil” under his production house. The film became a huge success and Vasantha Balan came back into the picture. The last film Vasantha Balan released was “Kaaviya Thalaivan” which is a period drama.

On the work front, Vasantha Balan is awaiting for his film “Jail” to release post lockdown. He casted G.V Prakash as lead in the film whom he introduced as music director through his film “Veyil”. He further said said that he have written 5 stories in the four years gap and is ready to make contents for OTT platforms.