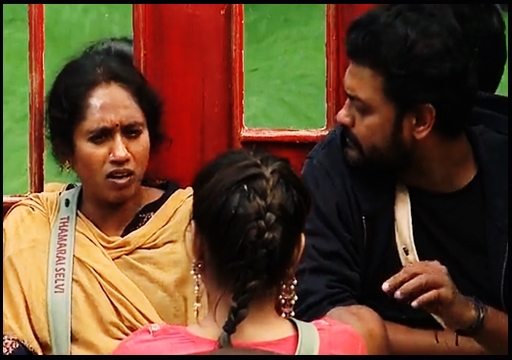 Thamarai Selvi of Bigg Boss season 5 is in the receiving end after throwing shade on her co-contestant Pavni behind her back. On the Friday episode, Thamarai, while discussing with Akshara Reddy and Abhinay about the incidents that are taking place inside the house, made a comment questioning the “appearance” of Pavni. It didn’t go well among many of the online users who watch Bigg Boss regularly which is evident through the posts that are surfacing in the online platforms.

Thamarai, a drama artist by profession, hails from a rural part of the state and is believed as one of the strongest contestants of Bigg Boss season 5. Ever since Pavni entered the changing room while Suruthi was stealing Thamarai’s coin, a confrontation took place between the latter and the “Chinnathambi” actress. In one of the recent episodes, Thamarai selvi served the Paayasam she prepared to everybody who were sitting in the dining except Pavni. Housemates got shocked over obvious negligence over Pavni. 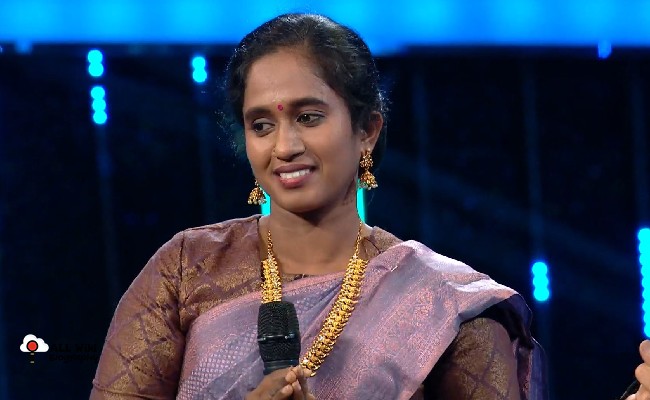 Now, while discussing with Abhinay and Akshara, Thamarai could be heard asking “Avlo Periya Perazhagi-ya” referring to Pavni. Replying to her, Akshara says “Don’t talk that way Akka, you will be portrayed badly. If anything pops up in your mind, think of it and leave it like I do”

Words uttered by Thamarai irked a number of online users who are following the show. “If you want to stoop low Thamarai so be it. But remember when you comment about another’s appearance, 100 others are talking about yours. Yes she is beautiful, deal with it” a follower said whereas another one came up with a reaction saying ”

If you want to stoop low Thamarai so be it. But remember when you comment about another’s appearance, 100 others are talking about yours.

Why #Thamarai & #Akshara are so envious about #Pavni/#Priyanka?? Why are these in unseen? @vijaytelevision really do know primetime telecast reaches common mass of ppl & many don’t use hotstar.WHY THEY DNG THIS TO PRIYANKA & PAVNI TIME & AGAIN?! Yesterday as well #BiggBossTamil5 https://t.co/FILTrYqkMx

#BiggBossTamil5 Pavni is not just pretty but she’s probably way more pleasant to be around than Thamarai the bitter woman .

OMGG Thamarai is so jealous of Pavni. I’m glad Akshara put a stop to it “akka ipdi la pesatha”

“Jai Bhim For Best Picture, Trust Me On This One” – Oscar Nominations To Be Out Today !!

Nominations for the 94th Academy awards is all set to be announced on Tuesday, February 8. A total of 23 categories of Oscars 2022...

The most awaited Suriya's "Soorarai Pottru" film has been decided to get an online release by the makers of it. Announcing about it in...

A teenage boy who belongs to Punjab spent his father's savings of Rs. 16 lakhs in PUB-G game by buying the in-app items including...