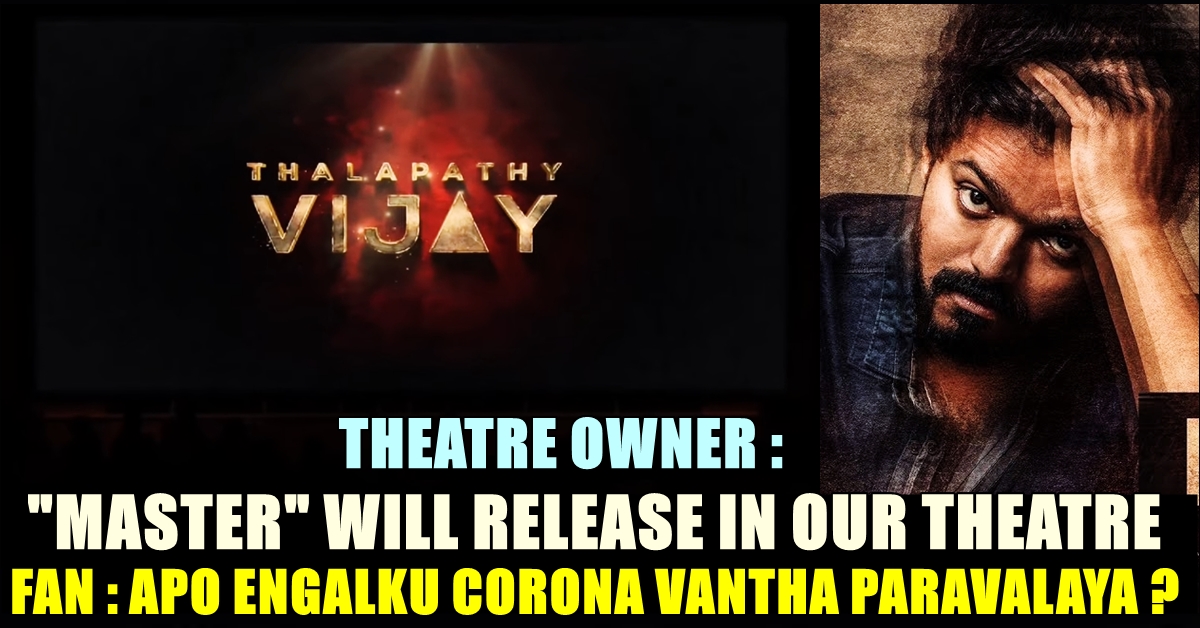 As one of the three most expected films to be released post lockdown, announced that it is going to get online release on October 30, theatre owner got highly disappointed and are expressing their disagreement by giving interviews and posting tweets. Speculations on the online release of other two films started surfacing in social media platform as well.

Dhanush-Karthik Subbaraj’s “Jagame Thanthiram” and Vijay-Lokesh Kanagaraj’s “Master” are the two other films that are highly expected to get a theatrical release post lockdown. However, after Suriya made the biggest announcement of Tamil film history, fans started making memes on Master and Jagame Thanthiram’s OTT release.

However, Director Lokesh Kanagaraj and Producer Xavier Britto have firmly confirmed that the film will release only after theatre reopening. “It is impossible for the film to get an online release as the film is made of a huge budget. Vijay is also very firm on releasing the film only on theatres” Britto said.

Now, Rhevanth Charan of Rohini Silver screen located in Chennai, posted a tweet saying that Thalapathy Vijay will never let his fans down. “Master at Rohini will rage soon ! Thalapathy fans, don’t worry he will not let you down ! He knows what exactly his fans want !” he said in his tweet.

#MasteratRohini will rage soon ! #Thalapathy fans, don't worry he will not let you down ! He knows what exactly his fans want !

To this tweet, one of a fan of actor Suriya, posted a comment asking the Theatre owner to accept the fact. He who said that there are 6000+ positive COVID 19 cases are recorded in Tamil nadu in daily basis, added that there are chances for the audience to get infected. “You have no issue in people getting affected but every individual who are going to get infected is going to face the consequence” he said in his reply tweet.

On seeing this reply, Charan said that Vijay will play the wait game and the collection his film going to earn after that will the worth the wait. “He trusts his work and he priotizes his fans ! #Thalapathy for a reason !” he said in his tweet.

Even if the movie takes a few more months , he ll play the wait game !
And the collection thereafter will be worth the wait ! He trusts his work and he priotises his fans ! #Thalapathy for a reason ! https://t.co/LubnicS5sI

“Will This Society Accept Me If I Sing A Hindu Song?” Asked Youth !! Actress Slammed
How Many Crores Amazon Prime Paid To Buy Soorarai Pottru ?? Details Here
Advertisement