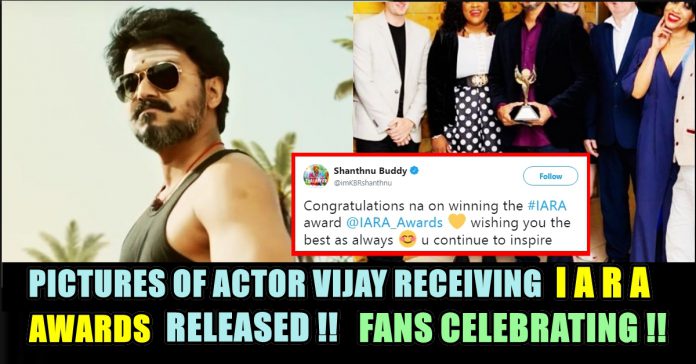 Fans’ beloved Thalapathy Vijay has another reason to celebrate now! The Mersal actor has been honoured with the Best International Actor Award by International Achievement Recognitions Awards (IARA).

Earlier this year, the film had also won the Best Foreign Language Film at the National Film Award UK 2018.  At the time of its release, the film had managed to rake in more than Rs 200 crore and interestingly, was just next to the magnum opus Baahubali in its box-office earning.

Having worked in films like Theri, Kaththi, Jilla, Puli, Sivakasaki, Vaseegara, Nanban and Kuruvi among others, Vijay is one of the most revered stars in the Tamil film industry. The actor’s last seen Sarkar, directed by AR Murugadoss, and co-starring Keerthi Suresh was a blockbuster and created big time controversy as well. In the film, the actor took digs at the demonetisation scheme, which had been implemented by the current government. This had stirred up a hornets nest, at the time.

The ceremony took place on September 22 at Hilton Hotel, Canary Wharf in London. However, actor Vijay gave the event a miss and it is said that Vijay met the IARA team members personally last month during his visit to London.

It was an honour to meet @actorvijay last month to see him receive his IARA Award in #London – A great talent to the industry. Congratulations again mate! #IARA #IARA2018 #IARAAWARDS #IARAAWARDS2018 #iarabestinternationalactor#Vijay #actorvijay #vijayjoseph #thalapathy pic.twitter.com/L78ef9kVVb

After receiving the award, pictures are going viral in social media. Check out some of them here : 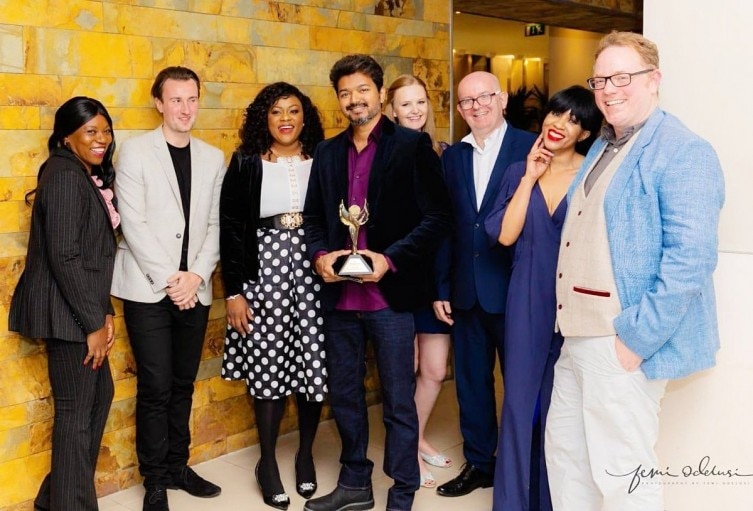 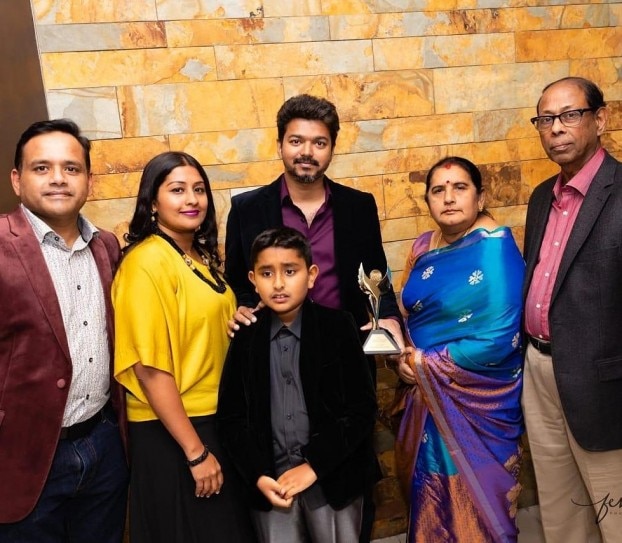 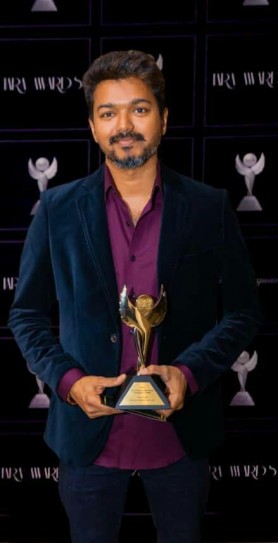 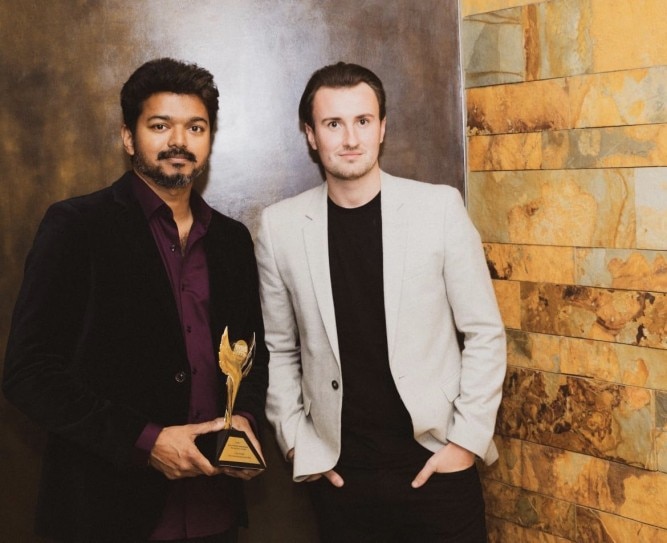 Check out the reactions from fans and celebrities as the pictures of Vijay receiving the award went viral :

Congratulations na on winning the #IARA award @IARA_Awards 💛 wishing you the best as always 😊 u continue to inspire millions with your hard work and dedication 😊💛 @actorvijay #IARAAWARDS2018 #IARAWINNER #bestinternationalactorvijay pic.twitter.com/S7I0bi44zq

Thalapathy @actorvijay got Best international actor 2018 award a
Proud moment for Tamil film industry . He gains lot of new records to his industry .so we called him as Samrat of Tamil cinema pic.twitter.com/VQTNKtsMtv

A few months ago, IARA team took to social media asking people to vote for the favourite actor and for technicians in other categories. It is said that the awards were given to the stars, based solely on audience’s voting.

Previous articleMan Raped Woman For One & Half Years With Whom He Became Friends Through Whatsapp !! SHOCKER !!
Next articleYuvraj Singh’s “Epic” Warning To Rohit Sharma Who Wished Him For His Birthday !! Hilarious !!

Kohli Got Criticized By Seniors For His Statement About Dhoni !! Check His Response

On Tuesday, Former Indian captain Virat Kohli came up with a story in his official Instagram handle which talked about what kind of deserve...