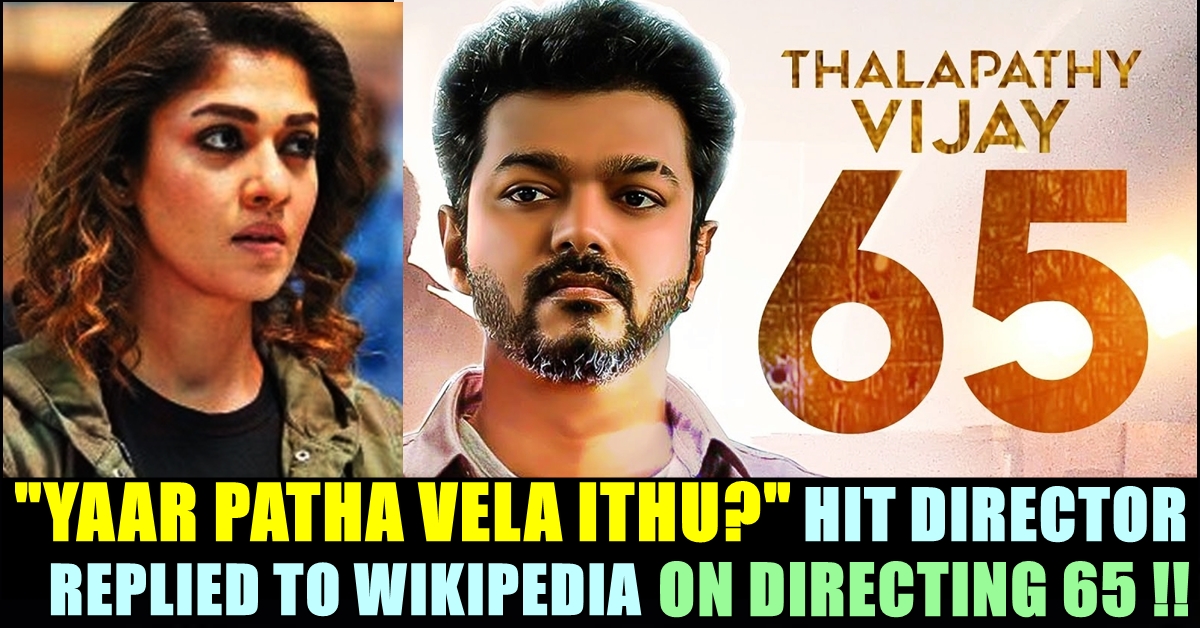 There are many speculations doing rounds about the director of actor Vijay’s upcoming film. Actor Vijay who was last seen in Atlee’s Bigil, is about to appear in Lokesh Kanagaraj’s “Master” next month. Now the most talked about topic among Vijay fans is about who is going to direct the next film of their favourite actor which they call as “Thalapathy 65”.

Some said that the film is going to be directed by Atlee again and others said that director Perarasu who made Vijay’s “Thiruppachi” and “Sivakasi” is going to be roped in. Director Magizh Tirumeni also narrated a story to Vijay, according to sources. At one point, it was firmly believed that Vettri Maaran is going to direct Vijay in his next but the director subtly denied it by signing a film with Surya with a title “Vaadi Vasal”.

Sudha Kongara who is busy making Surya’s “Soorarai Pottru” became a front runner at one point and screened her film to Vijay, according to some sources. But it turned out to be mere rumour. Now the wikipedia page of director Ajay Gnanamuthu who directed blockbuster films like “Imaikka Nodigal” and “Demonte Colony”, says that he is going to direct Vijay in his next by associating with Sun pictures. “His upcoming magnum opus project is #Thalapathy65 produced by Sun Pictures 2021 Pongal release”

Check out the screenshot of his wikipedia page here :

A fan who saw this update, directly questioned to Ajay through the micro blogging social media site. He asked whether the news in true to which the director completely denied it by saying that it is no true. In a humorous way, the director replied by saying that he doesn’t who created the rumour. “Nooo!! Idhu yaaru paatha vela nu therila” wrote Ajay in his reply tweet with laughing emojis.

It is notable that Ajay is one of a biggest fan of actor Vijay which is evident through his tweets.

Currently he is making a film with Chiyan Vikram titled as “Cobra”, first look of which released recently only to go viral as the actor appeared in seven different get ups. Check out the first look here :

Before the release of Bigil, Vijay announced about his next project with Lokesh Kangaraj and fans are eagerly expecting Vijay to announce about the details of his next film. The latest buzz is that Vijay is going to get committed in doing the sequel of his blockbuster film Thuppakki with A.R Murugadoss. As far as “Master” is concerned, the film’s audio launch took place recently and the trailer, teaser updates are expected to be released soon by the makers of it.

Comment your views on this reply provided by Ajay !!