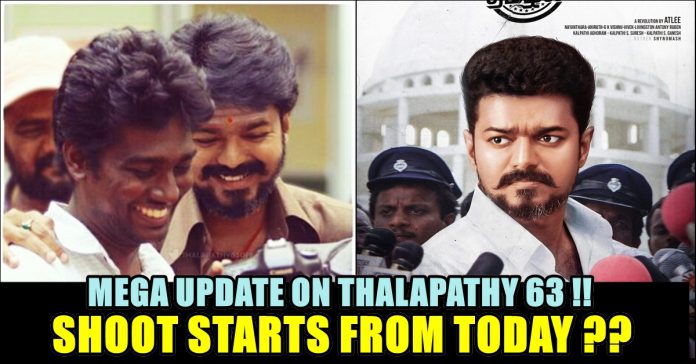 Thalapathy 63 With Atlee To Start Shoot From Today !! Exclusive Update !!

Director Atlee Kumar is known for his super hit ventures with actor Vijay in Theri and Mersal. There were reports that the duo were set to reunite for the third time for a new project, titled Thalapathy 63, which is being produced by AGS Entertainment.

It is also reported that Atlee said that the new venture will be double the amount of entertainment as compared to the previous films. Atlee added that collaborating with Vijay on yet another film was a very exciting prospect for the director.

While the fans of Thalapathy enjoying the victory of Sarkar currently, the new update about Thalapathy 63 surprised them as the news is now trending in twitter.

AGS Entertainment has officially launched ‘Thalapathy 63’ with a small pooja.

Archana Kalpathi of AGS Entertainment shared some details along with a photo on her Instagram. Her post reads, “Archanakalpathi #NewBeginnings #Temple #PositiveEnergy This moment will always be precious.” The reports also suggested that the film is still in pre-production stages and the shooting is set to begin in January 2019. If the shoot goes as planned the film will hit the screens on Diwali.

The film pundits suggested that the official announcement might come today evening regarding the project. 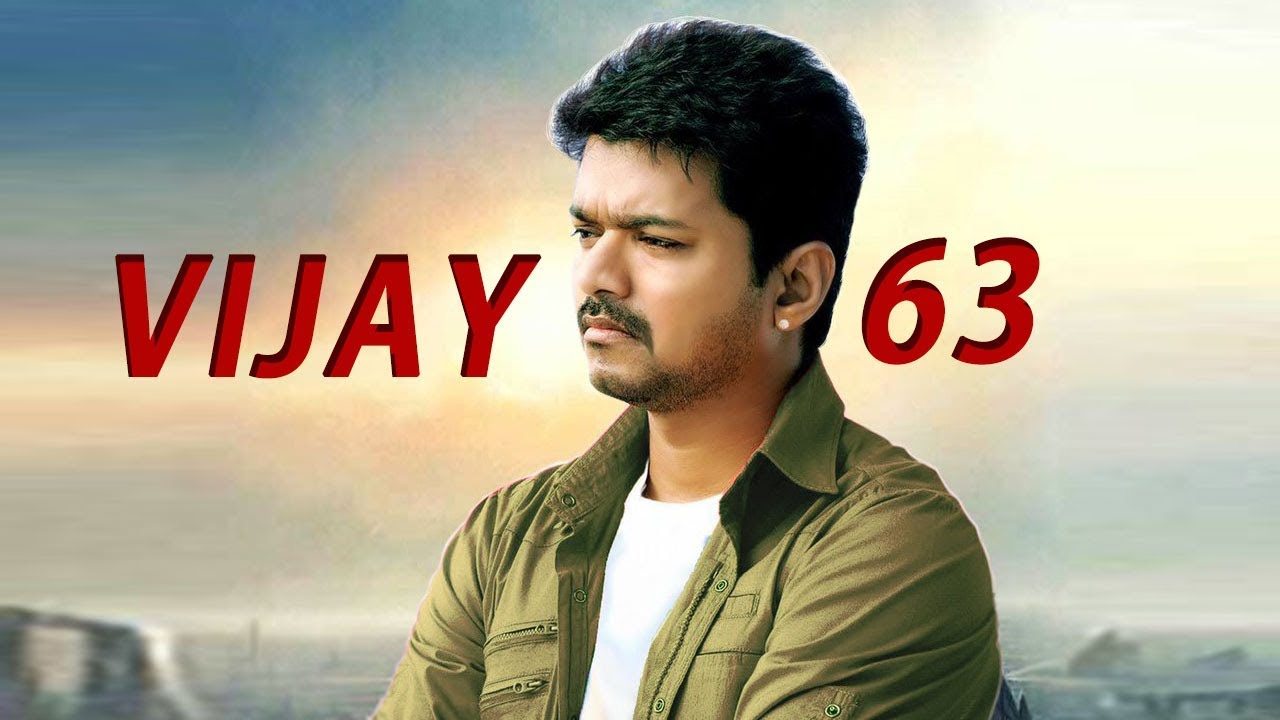 Vijay has been riding high on success with his recent release ‘Sarkar’. Despite many hurdles, the Vijay-starrer went on to become a blockbuster, collecting over 200 crores at the box office.

#NewBeginnings #Temple #PositiveEnergy 😊🙏🙏 This moment will always be precious ❤️

Start of another storm 🔥#Thalapathy63 to begin

Recce is happening in North part of India 👍 pic.twitter.com/PsU4rOjl4O

#Thalapathy63 – Awaiting an official press release by Today evening from the producers of the #Vijay film to be directed by @Atlee_dir .

Official updates to be out today 4.30 pm.

#Thalapathy63 Shoot Kick to Start on January 2019. Soon official Announcement will be Made Regarding the Full Cast & Crew !#Thalapathy63 #Vijay63 @Vijay63Movieoff !

Let’s wait till 4 : 30 pm to know about the official announcement. Comment your predictions for Thalapathy 63 here !!