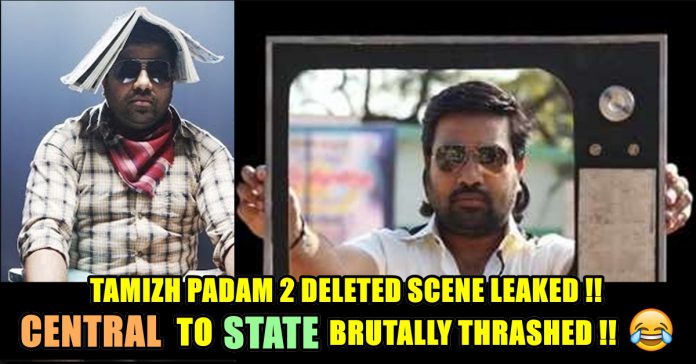 Now as the film getting real close to the release the official twitter account of Y Not Studios released a you tube video as a sneak peak. Now, today the director of the film releasing the same scene saying it as a deleted scene.

This scene has been deleted from the movie due to some “technical issues” so please spread this far & wide. Tamizh Padam 2 Deleted Scene | Shiva | Iswarya Menon | CS Amudhan | Y NO… https://t.co/nyCLUmnzc5 via @YouTube #TP2 #TamizhPadam2

Check out the scene here :

As the dialogues implies, it is evident that the schemes of central government and the state governments reaction on issues like Jallikattu , Tamil cinema’s stereo typical opening songs also got brutally trolled by the protagonist with his witty style of body language and dialogue deliveries.

Check out some of the comments by the fans :