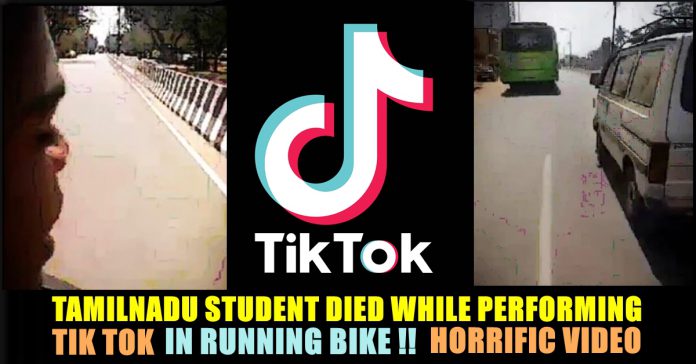 The craze for uploading adventurous videos on social media application TikTok seems to have claimed the life of a youth in Thanjavur.

Tamil University Police are investigating a case in which three college students, riding a motorcycle, met with an accident recently while the pillion riders were taking a video of the ride on a mobile phone. One of students was severely injured in the accident and died later at Thanjavur Medical College Hospital.

Three college students tripling on a motorbike while recording their ride met with an accident in Tamil Nadu’s Thanjavur.

The students were having a joy ride with pillion riders capturing the video, in which it can be seen how the bike lost balance while speeding and rammed into a bus. The clip was uploaded on TikTok, a mobile app.

According to police sources, the students – Surya, Reagan and Vignesh – studying in a private college in Thanjavur, met with the accident while riding a two-wheeler on Pudukottai Road on February 13. While Surya was driving the motorcycle in a rash manner, Reagan and Vignesh were reportedly taking a video of their ride on a mobile phone. Surya had soon lost control of the vehicle and dashed against another vehicle proceeding their bike. The three, Surya, Reagan and Vignesh, were severely injured. They were sent to Thanjavur medical college hospital, where one of them died. The tro are studying in a private college, set out on a scooter owned by Suriya before 10 days, in the Tanjavur New Bus stand – Pudhukotttai road. 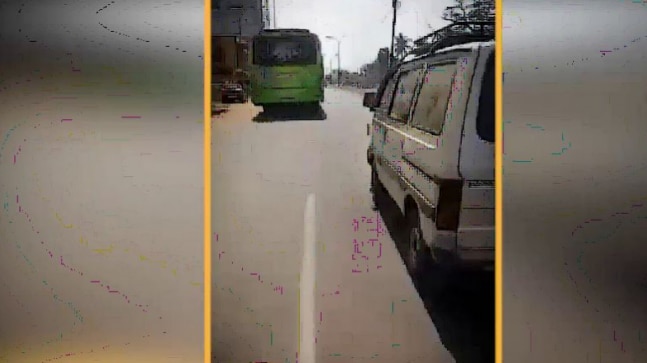 According to Indiaglitz The students were injured heavily yet uploaded the video on Tik Tok. On 17th, the Suriya passed away, and as police saw the video on Tik Tok and came to enquire the other two, Reagan and Vignesh escaped from the hospital, following which cops are on the lookout for them.

Recently, Tamil Nadu Information Technology minister compared TikTok to Blue Whale challenge, after an MLA of the state assembly raised an issue about TikTok and said it was creating law and order issues.

Many youngsters in the state have uploaded videos on TikTok, which politicians said were breaking law and order. They also believe that the trend is life threatening like blue whale and even claimed that obscene activities take place on it. The Pattali Makkal Katchi (PMK) wanted a ban on TikTok, stating that it is aiding in cultural degradation.