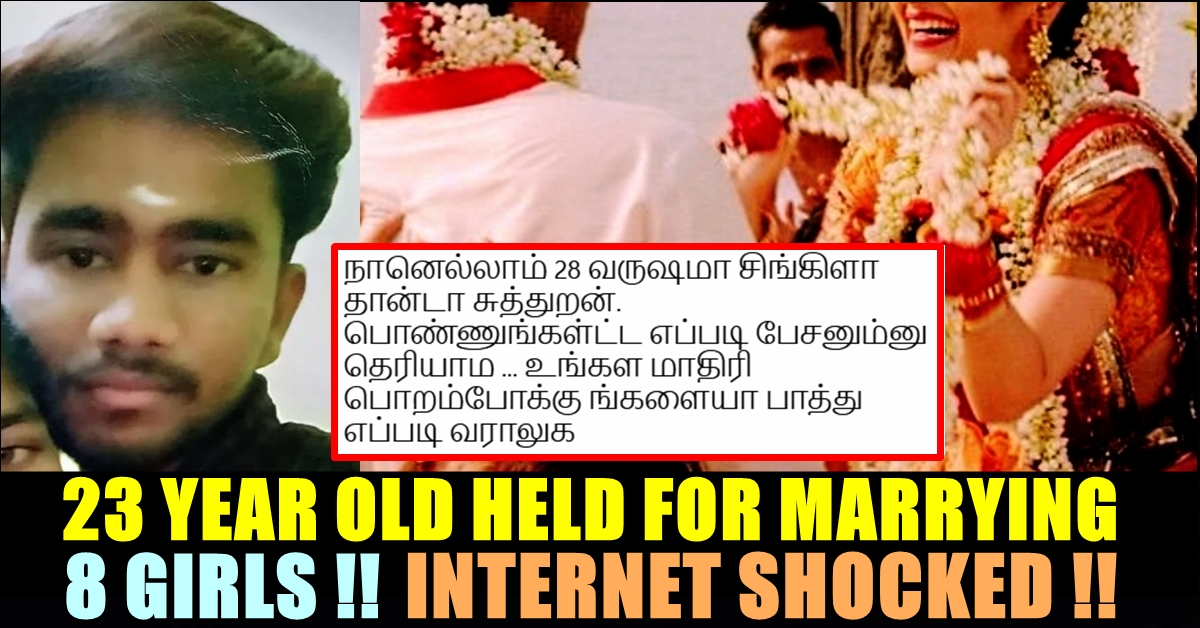 A youth from Tamilnadu village caught living married life with multiple women simultaneously. Named as Santhosh, the 23 year old accused belongs to Okkanadu Keezhayur near Orathanadu in Tanjore district. The news created furore as soon as it got surfaced in News 18.

Santhosh who worked in Tirupur banian company married to 20 year old Sathya from Karuvizhikadu village 5 months ago. After marriage he went along with Sathya to Tirupur and rented a home to live his marriage life.

One and half months ago, Santhosh who went to job didn’t return to home which left Sathya in deep shock. After searching for him in many places, Sathya approached Tirupur police officers to find her husband. After tracking the cell phone calls received by Santhosh, Police officers found him staying in Keezhayur which is his native.

What came next is an utter shock to the officers of Police department. In the inquiry Santhosh confessed that he has married 8 women till date and is currently living with every one of them simultaneously. No woman among the 8 are aware of Santhosh’s any other marriage, according to the report.

Further Santhosh has been taken into custody and is currently being inquired more regarding the case of cheating multiple women in the name of marriage. This has created huge outrage in social media as many people thrashing the youth. Check out some of their reactions below :

This what the female deserves, as the female belive only who cheat them and show off them and never belive the true love and true ppl. Any way we need to appreciate that guy for his adventure activity for marrying 8 hells.