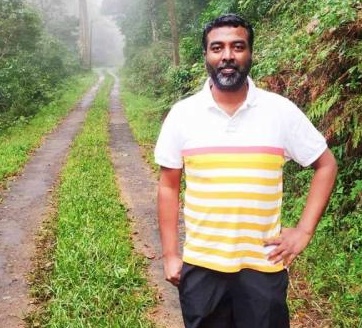 Tamilnadu Weatherman Got Upset Over The Messages He Received From 2k Kids!!

Pradeep John who is popularly known as Tamilnadu weatherman, on Thursday, came up with a post in his Facebook handle, expressing his displeasure over the 2k kids texting him in an uninterrupted manner to know about school leave and insisting him to announce such updates.

Sharing a screenshot that showed a series of comments from the school kids demanding leave from him and abusing him for not suggesting holiday to the government, John said that he is not going to reply to the messages related to school holidays anymore. He also suggested students an idea to get leave from the collectors of their respective districts.

Due to heavy rain, November 4 has been declared as a holiday for the schools and colleges located in an around Chennai. Heavy precipitation has been recorded in Tamilnadu for the past few days and owing to the flood situations in the state, school holidays were declared in several districts on November 2 and 3.

“It has not rained in Chennai Metro city since yesterday night. This will continue for the next few hours. Schools and Colleges will function as usual. As such, there would be no holiday announcements” Pradeep said to the media.

As soon as the declaration was made, students started abusing the weather reporter and termed his as a villain for the students. Capturing the series of screenshots of the messages he received, Pradeep wrote “Please dont ask about school leave again, not going to answer that, 2k school kids are rombha mosam. JFF. Collector veetu munnadi poi oru 6.00 am ku tanker lorry rain ah spray pannunga, he /she will give you holiday”

The post garnered huge reach among the public with hilarious reactions from them. However, moments later, Pradeep came up with another tweet writing “Next storm is blooming again, need to see if north Chennai can escape from this. Wishing it goes to central and south Chennai than North Chennai” and hinted about school colleges getting holidays.

“It will be south and Central Chennai to start with. Hopefully good balancing spells happen here” he further said. “Small clouds but blooming hitting the coast and dumping rains in central (Mylapore) and parts of south Chennai (Adayar). Going to be very good spell. Pa group to be slowly excited on ****day but too early to decide.l”

Later, he uploaded a post saying that the holiday announcement has been declared by the government officially and wrote *Pa group on rejoicing mode after the news flash. 3 days in a week lucky kids. Half of the thanks should come to me”

Actress Tried To Troll PTR For Reducing Rs. 3 From Petrol Price !! Got Trolled

While presenting the state budget, Tamil nadu finance minister PTR announced that the petrol price has been cut by Rs. 3. "2.6 core people...