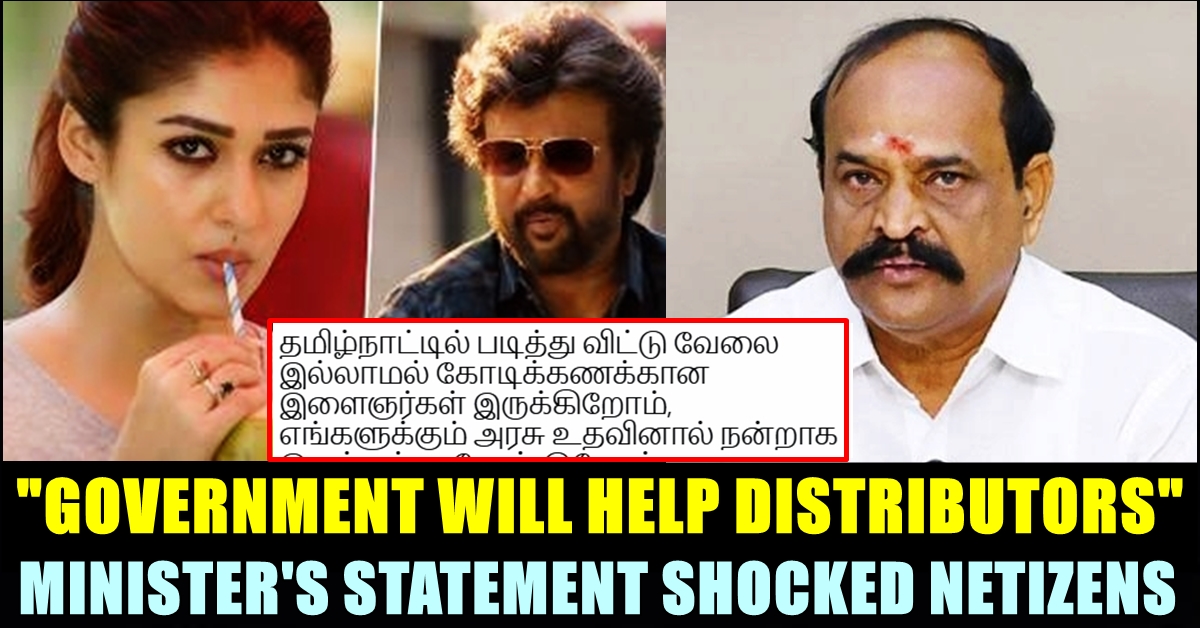 Minister Kadambur Raju’s statement on “Darbar” loss issue surprised the citizens of state Tamilnadu. The Minister has asked the distributors who faced loss to approach the government in order to get help. Darbar, having Superstar Rajinikanth in the lead, released for the Pongal festival of 2020. The film which created huge expectations before its release faced mixed reviews from fans after getting released in theatres across the world. Now a latest reports emerged saying that distributors from various places of Tamilnadu trying to meet the lead hero of it to request compensation for the loss it occured.

The film which revolves around the protagonist Adhithya Arunachalam ( Rajinikanth), has every element of a Superstar movie. Nayanthara, Nivetha Thomas, Yogi Babu, Suniel Shetty, Prateik Babbar were done the supporting roles in the film. It is notable that Rajinikanth is returning on screen as a cop after 25 years. The movie was made of a budget of Rs.200 crores, according to reports. Now various reports have suggested that the attempt of distributors to meet Rajinikanth to ask for a compensation went in vain.

Now Mr. Kadambur Raju, Minister of Information and Publicity has said that distributors haven’t approached the government so far. “The distributors haven’t raised a complaint about Darbar loss. Regarding “Darbar” Lyca production approached us for special shows and we allowed it. No distributors came to us complaining about the loss. Theatre owners has said that the movie is performing well in the box office which I came to known through media. The government will reach out to the Producers council and ensure that the right decision is made” said Kadambur Raju according to source.

This statement from the Minister has made netizens to react in various ways. Check out some of their reactions below :

In his statement to media, Kaliappan said that he approached Lyca Productions as well. “We approached Lyca productions. They said they too have faced a huge loss and said that they couldn’t help us. Since the movie got failed to perform in the box office, we are suffering” Kaliappan said who added that they have faced a loss of 30% of total money they have invested in Darbar.