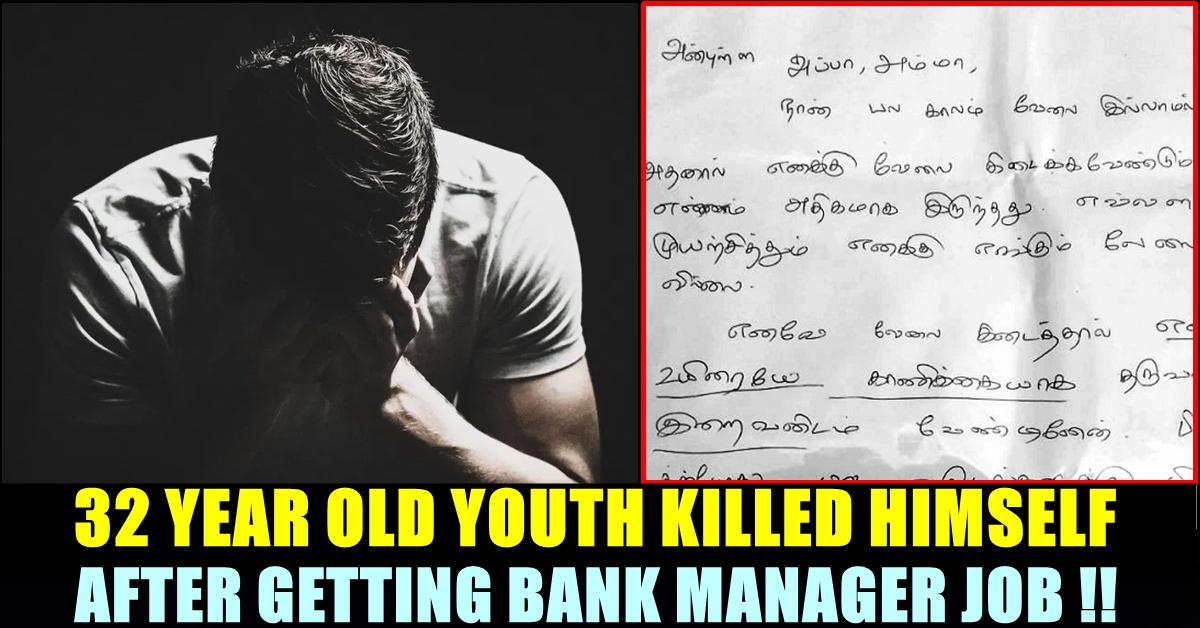 A bizarre incident of youth killing himself to pay offertory to God after getting a Bank Manager job has created a furore in state Tamilnadu. A letter has been found after his death which confirmed the cause of his death and the police have started investigating the case, according to reports.

Naveen, a 32 year old youth belongs to Elluvilai of Kanyakumari district. Since childhood, he grown as a religious person and was devoted to God very much, says Puthiya Thalaimurai report. After completing his graduation in Engineering, Naveen was trying to get a job but kept failing even after writing several Bank exams.

As a result of it, Naveen prayed to God promising that he would present himself as an offertory if he gets a job. After so many years, Naveen managed to get a job in Bank of India. He joined as an assistant Manager at the Mumbai branch of Bank of India. After 15 days, Naveen returned to Trivandrum from Mumbai through a flight.

He even met his friend who is living in Marthandam and told his brother that he has arrived at their place through phone call. After that, he who reached Nagercoil, killed himself in Potheri railway track by letting a train run over his head.

As soon as it happened, Railway police arrived at the spot and recovered the body to send it to the Kanyakumari government hospital. While investigating about the death, a letter has been found from him which shook the Police officials.

In the letter, Naveen mentioned that he killed himself as an offertory to God for getting the job. The letter which was written by him to his mother and father, Naveen said “I was jobless for so many years. Through I tried hard, I couldn’t get a job for myself. So I prayed to god that I would give my life to him as an “offertory”. Now, I managed to get a job after so many years. So I am going to god to execute the “offertory” I made to him”

This news made the users of Internet to react in various ways. Many felt sad for the youngster whereas others expressed their disappointment over his ignorance. It is high time for people to realize that committing suicide is never a solution to any kind of problems. People who are going through depression or suicidal thoughts, are requested to contact 9152987821 to get free counselling.

Actress Said That She Got Impressed With Balaji Murugadoss !! Got Trolled
LEAKED : This Contestant Got Evicted From BIGG BOSS HOUSE !!