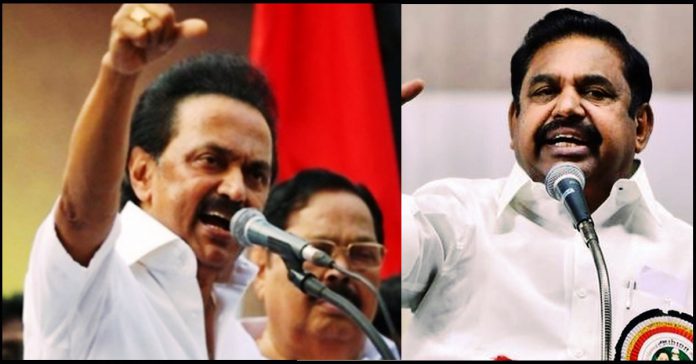 Ahead of the assembly election that is scheduled to take place on 6th of April, opinion poll results of four significant media portals favoured the ruling party. It is the first election since very long time that is going to take place without former Chief ministers J. Jayalalithaa of AIADMK and M. Karunanithi of DMK. Voters are eagerly waiting to witness the winner of this most expected election.

Chief minister Edappadi K Pazhaniswamy and the Leader of opposition MK Stalin are actively involving in campaiging for their respective political parties in order to gain votes from the public. They who realized that there is no “next time” for them, are conducting rallies, campaigns and meetings etc.

It is reported that the ongoing governance of AIADMK which is ruling the state for the past 10 years, has impressed the public. Chief minister Edappadi K Pazhaniswamy who has been ruling the state for past fiur and half years, has won the hearts of people with his schemes and programmes, according to reports. A million dollar question on who is going to win the upcoming elections among AIADMK and DMK has raised.

Kushboo Abusing Back Her Followers Who Abused Her Very Badly !! Shocking Conversations !!

Kushboo Sundar is an Indian film actress, producer and television presenter who has acted in more than 200 movies. She is predominantly known for...