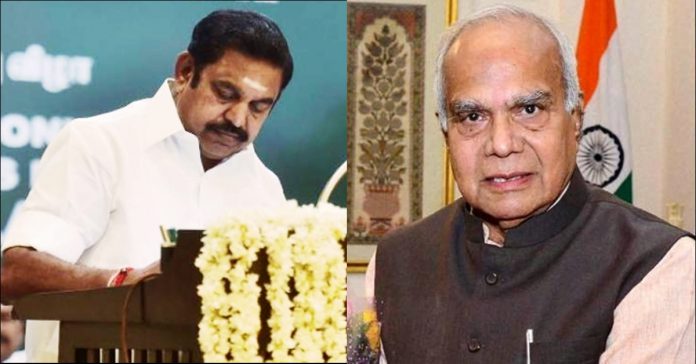 On 2nd of February, Tamil nadu governor Banwarilal Purohit, while addressing the state assembly for the first time in 2021, appreciated Tamil nadu government for the feats they achieved during their governance. Governor has lauded the Government of Tamil Nadu for garnering several awards through its outstanding performance and for its immense success in governing the state.

The Tamil nadu governor has stated that the government of State Tamil nadu is excelling in all the departments and is being considered as a state with good administration. For winning various awards at the national level, Governor Banwarilal Purohit praised the government. Further, he also appreciated all the departments that are functioning under the leadership of Chief minister Edappadi K Pazhaniswamy.

For handling the COVID 19 situation successfully at a cost of Rs. 13,000 crore from the state’s revenue, Governor expressed his appreciation towards the Tamil nadu government as well. It is notable that the opposition parties, DMK, Congress and IUML boycotted the assembly proceedings saying that there was no place for democratic debate in the assembly.

Previous articleMalavika Mohanan Replied To The Memes & Trolls Targeted On “Charu” !!
Next articleSanam Shetty Got Married ?? Check Her Reply To A Follower

Reports about actress Trisha who has been acting in Tamil films since 2002 as lead actress, entering politics got surfaced and fans can't keep...

Nearly a thousand women students protested on Thursday midnight at SRM, Kattankulathur after a student alleged that a man who works on the campus...