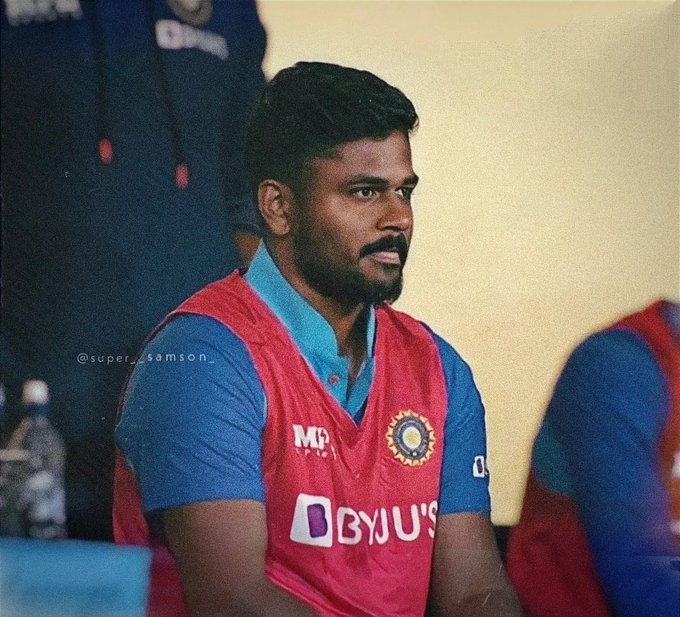 Tamil Hero Got Upset Over BCCI For Benching Sanju Samson!!

Actor Kalidas Jayaram who was last seen in Lokesh Kanagaraj’s “Vikram”, expressed his displeasure over Board of control for cricket in India for benching emerging cricketer Sanju Samson even after including him in the squad. The actor said that he feels shame on BCCI for wasting a talent like Sanju Samson. 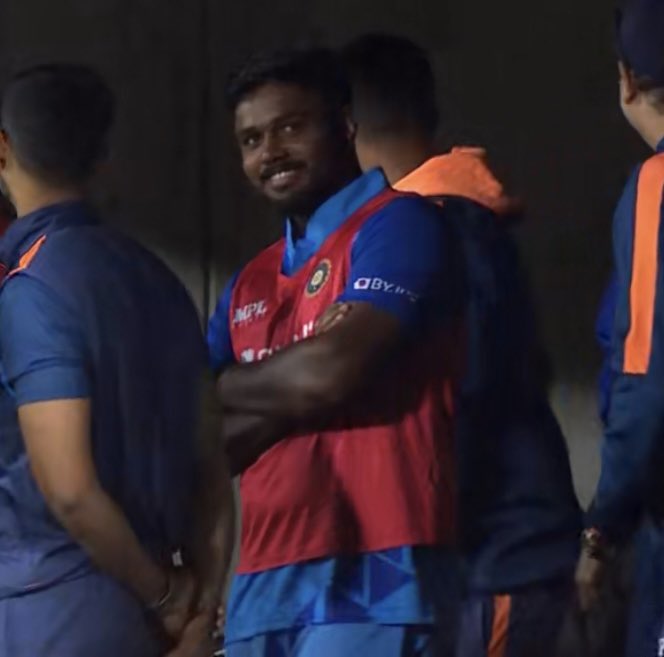 Management of Team India and captain Hardik Pandya received flak after not including Umran Malik and Sanju Samson in T20 series against New Zealand. The blue team won the series with 1-0 after the last match got cancelled due to rain interruption.

The series started during the transition phase of team India after they got eliminated from the tournament due to their loss against team England in semi final. A team including young players led by Hardik Pandya were made to play the series against New Zealand.

Surprisingly, wicket-keeper, batter Sanju Samson didn’t get a single chance to play a game throughout the series. It was expected that team India might give chances to Samson, Umran Malik and Shubman Gill in the third T20 international with India have already taken an unassailable 1-0 lead but the only change was Harshal Patel replacing allrounder Washington Sundar for the series decider.

Shreyas Iyer happened to play both the matches as the first match got abandoned without toss due to rainfall. He managed to score 13 runs and first ball duck in both the matches. The failure of Shreyas Iyer received severe criticism against the management of team India including Captain Hardik Pandya.

Here’s how internet reacted to the exclusion of Sanju Samson :

BCCI : Congrats Sanju Samson , you are selected for the next tour.

Meanwhile him in the entire tour : pic.twitter.com/e5IXAkkE1w

Hats off Sanju Samson for Your patience.

One player is still getting chance even after playing 60 plus T20Is. And you Sanju Samson..🙏🏻 Upar wala sab dekh raha hai. 🙏🏻

If you don’t wanna play him for India, let him play for other leagues like BBL. Offer him retirement.
Don’t ruin his life. We wish to see him play more cricket, not your favourites like Pant or Ishan,Hooda.#INDvsNZ#SanjuSamson pic.twitter.com/nQB3g8gS58

How unlucky is Sanju Samson, that he doesn’t even get a chance to play in a dead rubber in a 2nd string x11 of Indian team.
Samson should retire and better play overseas league like Faf, atleast he will get the respect he deserves. #SanjuSamson pic.twitter.com/XTgP18Bfyx

India may win this bilateral series, but they have lost the respect of entire nation by not giving chances to players like Sanju Samson, Shubman Gill and Umran Malik.

Keep winning the bilaterals against NZ! We are not proud of you.#INDvsNZ#NZvsIND

Among the many, actor Kalidas Jayaram expressed his displeasure over the exclusion of Sanju by uploading a story in his official Instagram handle.

Uploading a picture of Sanju wearing the bench dress, Kalidas said “Shame on the board for not letting him play in the starting eleven. Talent being wasted” Kalidas said by tagging Sanju Samson. 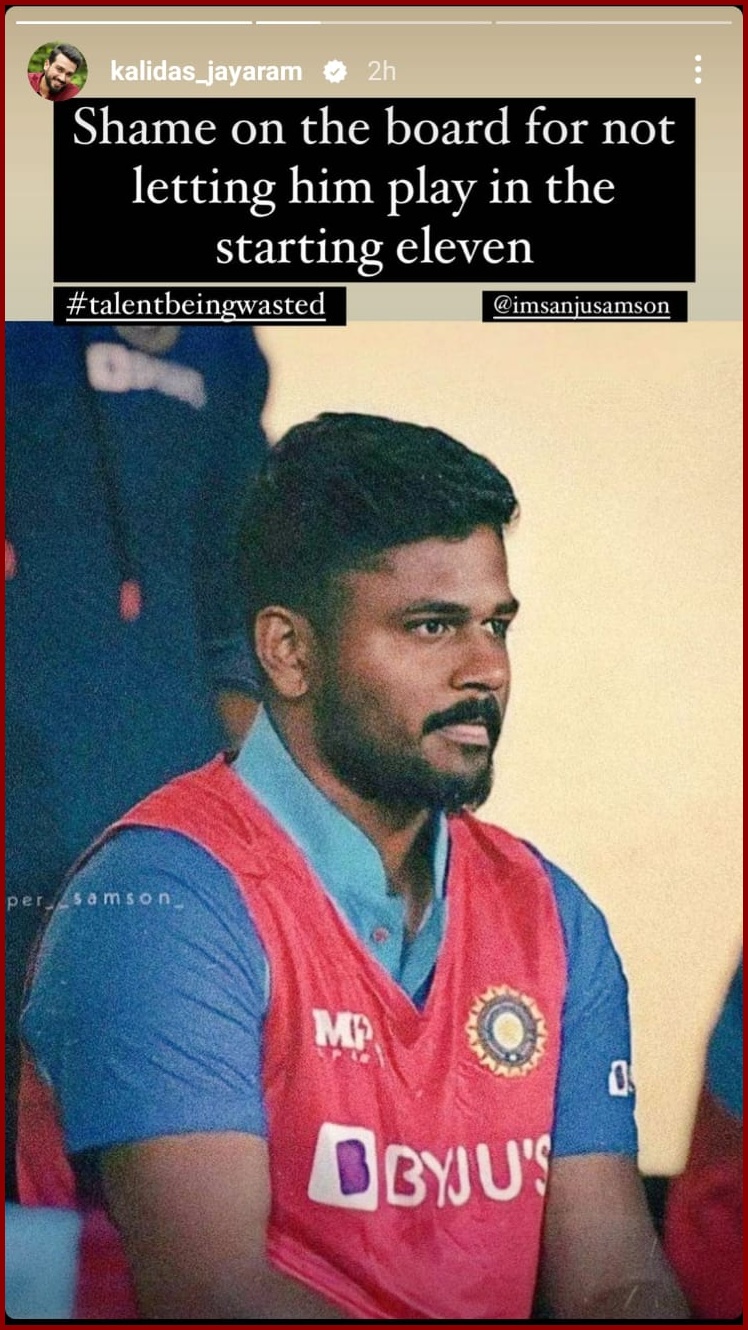 Previous articleHow to Find an Essay Writer
Next articleBIGG BOSS Contestant Is In The Receiving End For His Behaviour!!