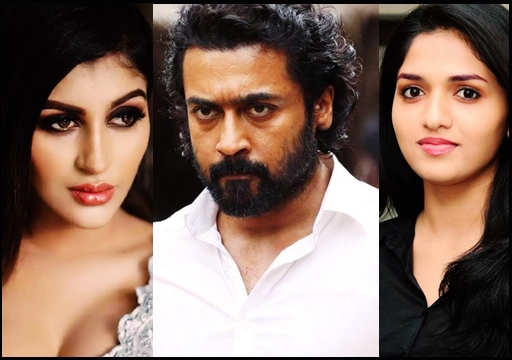 After streaming a series of clips from the most talked about 2021 Tamil film “Jai bhim” in their youtube channel, Oscar added the film as one of the 276 films that got selected for the best picture for the Oscar this year. Apart from the Suriya starrer, Mohan lal’s “Marakkar Arabikadalininte Simham” has also been nominated to the academy awards list.

The 276 feature films in contention for the 94th Academy Awards. #Oscars https://t.co/ae6SRmjoG1

Announcing about the same, Suriya’s 2D entertainments, came up with a post writing “Into the #Oscars race! #JaiBhim makes it into the 276 films shortlisted by @TheAcademy for the 94th Academy Award nominations” in their official twitter handle.

Into the #Oscars race!#JaiBhim makes it into the 276 films shortlisted by @TheAcademy for the 94th Academy Award nominations 💪 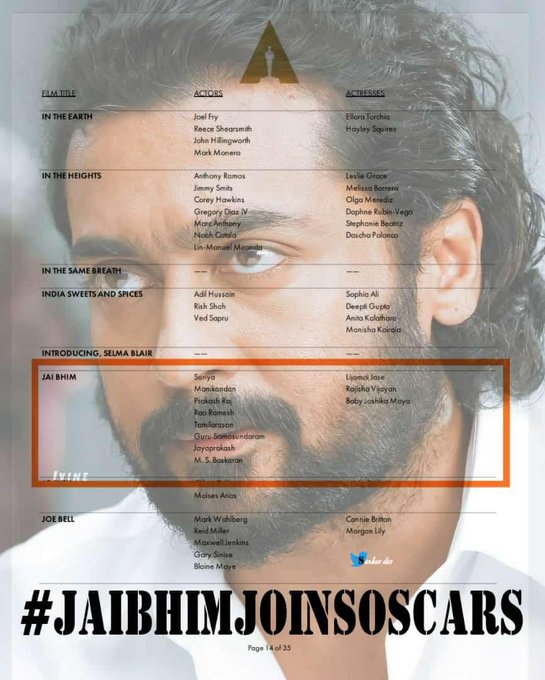 A couple of days ago, official youtube channel of Oscars uploaded a 12 minute video clip from the widely watched, critically acclaimed Tamil film “Jai bhim” of Suriya. The clip included director T.G. Gnanavel talking about how harmful casteism is and about how his period film deals with the issue. As soon as the video got uploaded in the youtube space of Oscars which enjoys 2 million plus subscribers, fans of Tamil cinema got overwhelmed and has been expressing their excitement by dropping comments and sharing the information.

“Jai Bhim weaves in real case studies helmed by Activist-Lawyer Chandru, who brought justice to indigenous tribes in Tamilnadu through his relentless efforts. Writer-director TJ Gnanavel reveals how the story narrative was formed and executed” description of Oscars for the video of Jai Bhim read.

Important scenes such as Police forcefully arresting the innocent tribes to solve crimes, Rajakannu and his family facing Police brutality, Lawyer Chandru seeking justice for Rajakannu and his wife were featured in the youtube channel of Oscars. Director T.G Gnanavel could be seen depicting how casteism is much more dangerous than racism in the video as well.

as soon as the announcement was made, along with the fans, celebrities of Tamil cinema started wishing Suriya to clinch the globally recognized award. Sunaina, Yashika, Soundara Rajan are some of the many celebrities who tweeted regarding the same.
Check out some of the posts of Tamil celebrities and fans below :

Previous articleJUST IN : Samantha’s Unexpected Decision About Her Divorce Announcement !! Fans Can’t Keep Calm
Next articleAshwin Kumar Reacted To he Mark Provided By Vikatan For His First Film !!

Hashtag "Vintage RCB" is trending in the micro blogging social media site after the team lost the match in the 8th over of the...

Acclaimed cinematographer-director-ad filmmaker Rajiv Menon returns to direction after 18 years with Sarvam Thaala Mayam — a story that revolves around the life of...