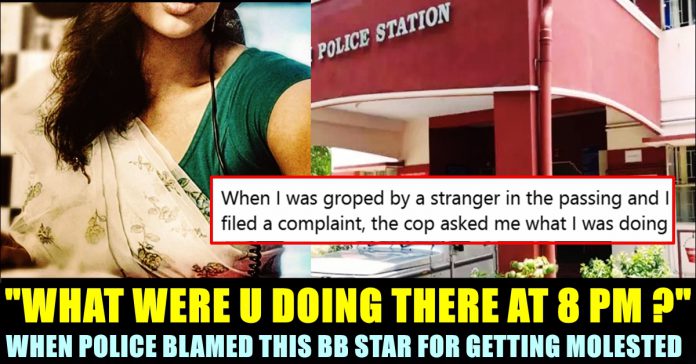 We all could have came across a situation where we have got treated in a most inappropriate way by a police officer, especially when we belong to a lower middle class family. Hurting parents in front of children and harming children in front of parents is something Tamil nadu police is obsessed with it seems. The most recent example is the Sathankulam double lock up murder case where they kept both father and son in a same lock up room without clothes after beating them up black and blue for no valid reason. They died due to the injury caused by the police officers but all the efforts are being taken to get the police officers who are responsible for this deaths the least punishment.

Beating the powerless victims brutally for no reason is something that is very regular among the Tamil nadu police. This incident blew up across the country only because the victims of the case died. Many unidentified Jayarams and Bennixes are living out there with bruises in their body caused by police officials. Influential personalities across the country started reacting to the news slowly, in a way of seeking justice for Jayaram (59) and Bennix (31).

People also came up with posts narrating their personal experience with police officials where they got treated in a bad way. Many narrated incidents where Police officers who are dubbing themselves as the “Friends” of public, behaving in a cruelest way when their help is needed the most. Vaishnavi Prasad who is known for appearing in Tamil Bigg Boss show, posted a tweet thread on Friday, explaining how she got treated whenever she approached Police for their help.

When Vaishnavi complained about stalkers to police officials, they asked her not to complaint about such issues while working in media. “You are exposing yourself to men, you WILL have such problems, you can’t come complain like this.” they said to her.

In another occasion, when she went to complaint about a dog shelter for ill treating her dog, they reportedly laughed at her and asked her to contact blue cross. The most terrible thing Police ever did to Vaishnavi is when they asked what she was doing at 8 PM in road when she reached them to complaint about a molester who groped her in public. They even discouraged her while registering a complaint and warned her pf having trouble in future.

Sharing these incidents, Vaishnavi questioned how Police are “Friends” to public. She also shared how she gets treated by police when she rides a motorbike. Check out the tweet thread below :

When my dog was I'll-treated by a dog shelter I had boarded him at and I went to file a complaint, the cop laughed at me and said "why do you bring these minor problems here. Go to the blue cross, or sort it out yourself". They don't value human lives, forget animal lives

When I filed a harassment complaint against someone, the cops asked me to take the case back because "it's a waste of time" and "You're inviting trouble for yourself"

I'm not saying there aren't good cops, I'm just saying many of them abuse their power, and that this attitude that "I'm a cop and I can do whatever I want" has always been around, and has now shown its ugly face with what happened to Jayaraj and Bennix #JusticeforJayarajAndFenix

The entire Tamil nadu based social media users are questioning the inhumane act of police officials in the Jayaram and Bennix incident. They are expecting a highest possible punishment for them like how United states convicted the police officer who caused George Floyd’s death.

Comment the worst experience you had with a bad cop !!

Santhana Bharathi Is Trending In Tamil nadu Ahead Of Amit Shah’s Visit !!

Union minister and senior BJP leader Amit Shah is visiting Chennai today to inaugurate a series of developmental projects and meeting representatives of the...