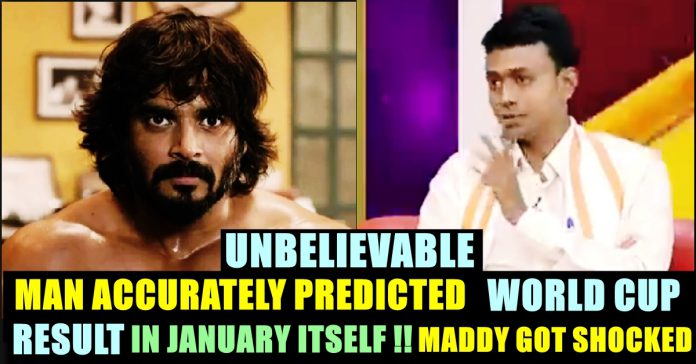 India’s defeat to New Zealand in the semi-finals came as a surprise, with fans and experts calling it an upset. It seems like Virat Kohli & Co weren’t prepared to say goodbye to the tournament this early either. Although India’s next assignment will be away to West Indies, the players will be heading in different directs from England for a brief period of break.

As Newzealand became the first finalists, England defeated Australia in a one sided match to make their grand entry into the finals which makes us realize that we are going to get a new champion this time. Both the teams never won world cup and it is really healthy for the cricket fraternity. 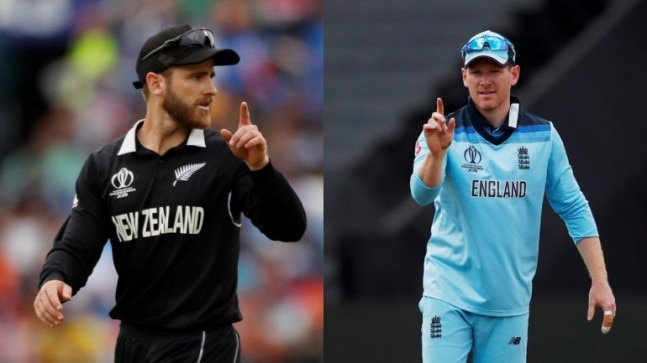 Now to our surprise, a Tamil astrologer predicted it accurately before the tournament taking place in England. According to the tweets, he predicted it on January 1 in a TV show. “This is a difficult question. We are just predicting and the rest lies with fate. The 2019 World Cup is taking place in England and the semi-finalists could be India, Australia, New Zealand and England. India and New Zealand or India and England could play against each other. However, someone new will win, like New Zealand. There is a high chance of New Zealand winning the world cup and Kane Williamson could be crowned as the Man of the series”. he said in the video.

This video amused many cricket fans and celebrities, even actor Madhavan shared the video with a caption which said “This Is incredible. Recorded and telecast weeks before the match began ..(Jan2019) I’ve never seen something as specific as this before. I am blown . What a science. “He said semifinals will be between Ind, NZ,ENG and Aus, .. NZ will win and Kane Williamson will be the player of the series”. 🙏🙏

the man who accurately predicted is identified as Mr.Balaji Haasan from Salem. Netizen couldn’t believe his accuracy that they are expressing their thoughts in social media platforms :

Accurate Prediction Made in January 2019. He is saying Ind,Aus,Eng,NZ will make it to SemiFinal and NZ will win Worldcup 2019. Kane Williamson Player of the Series. Enjoyyyy @BCCI @BLACKCAPS#BackTheBlackCaps #CWC19 pic.twitter.com/bWfKVkJQ1i

What do you think on this prediction ?? Comment your views below !!

Previous articleChinmayi Getting Brutally Trolled Because Of Rakul Preet’s Act !! Check Out Why !!
Next articleChennai Man Committed Repeat Crimes Only To Get Jail Food !! BIZARRE !!

Mia Khalifa Shared This UNSEEN “Embarrassing” Picture Of Her To Celebrate 13 Million Followers In Instagram !!

Drinking alcohol, especially too much, can be accompanied by various side effects. A hangover is the most common one, with symptoms including fatigue, headache,...

Madras high court laid a ban on usage of any living person’s image or drawings in banners, throughout Tamil Nadu after a resident files...