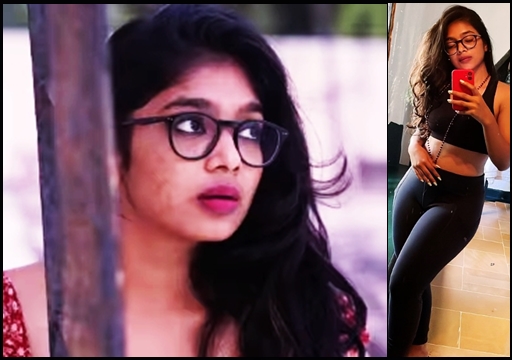 The Instagram user said that girls who hail from Madurai has an unique kind of dignity and asked her not to identify herself as a Madurai girl by adding a cuss word in his comment. Without losing her cool, Parvathy simply shooed him away. However, other followers of the upcoming actress condemned Vishal severely.

It might not be the first time that a popular female personality’s clothing and style has been scrutinised by culture-upholding, moral-policing netizens. One such user grabbed the attention of Parvathy who was replying to her other followers who were commenting on the selfie post which was uploaded during the midnight of Wednesday.

Parvathy who was presenting shows for “Galatta” youtube channel, rose to fame among the Internet audience after interviewing actor, music director, filmmaker Hip Hop Aadhi. She is enjoying a huge sum of followers in social media platforms and is engaging her followers by uploading the pictures from her photoshoots with motivational quotes and with quotes that defines herself.

“There is love, So much love 🌙. #bodypositivity” read the caption of the actress’s recent post in which she could be seen flaunting her fitness level. Check out her post below :

A follower said that she looks similar to “Bachelor” heroine Divya Bharathi and suggested her to do heroine roles whereas few others dropped similar comments. Parvathy replied to all of them in a positive way.

Check out the screen shots so below : 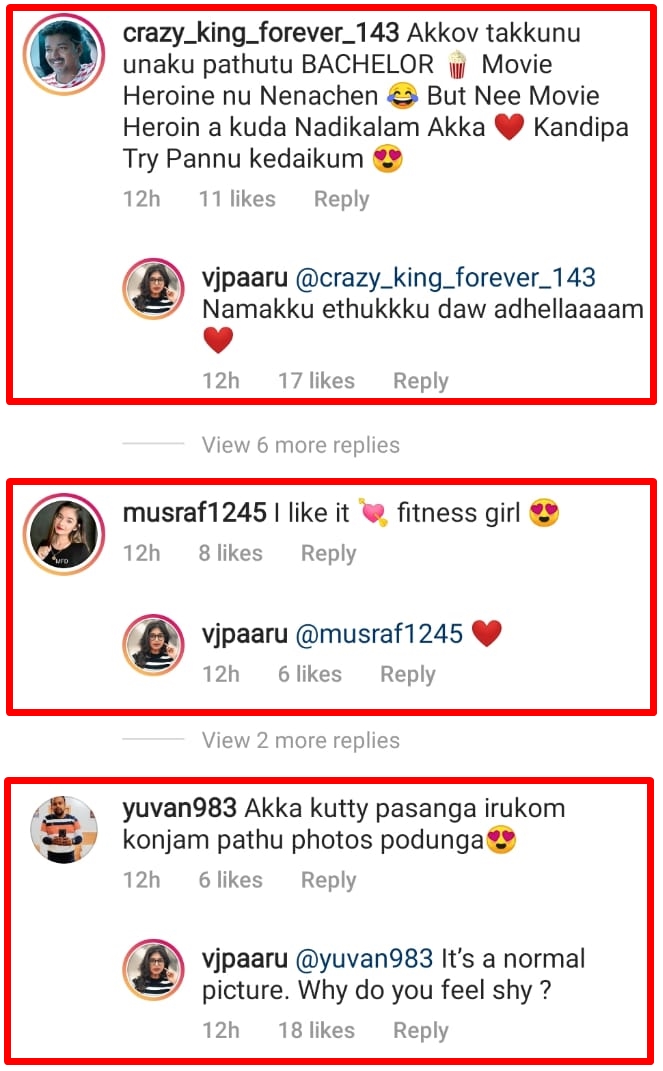 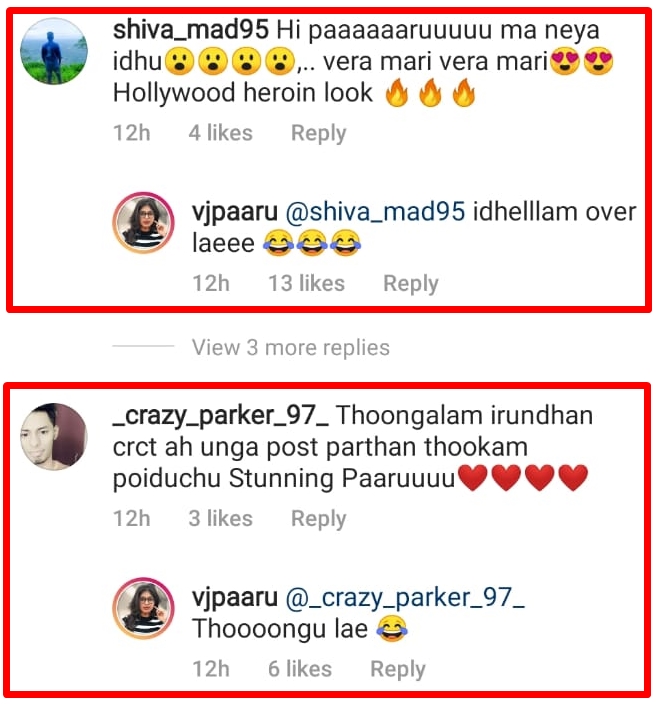 Meanwhile, a user named Vishal came up with a comment abusing Parvathy for the kind of clothes she was wearing in her post. Using a cuss word, he said “There is an unique dignity for the girls who belong to Madurai. Don’t identify yourself as one” through his comment to which Parvathy replied back writing “Shut the f*ck up and mind your fu*king business. 😂”

This is not the first time Parvathy is going through such toxicity. She often got compared with former pornographic actress Mia Khalifa just because she is wearing a similar spectacle. Brushing off all the negativities such as body/slut shaming, mindless trolls she recently made her way into the silver screen through “Sivakumar sabatham” of Hip op Aadhi. She who took part in Zee Tamil’s “Survivors” show as one of the conttestants, is expected to be seen in director Sasi’s “Nooru Kodi Vanavil” starring Harish Kalyan and Siddhi Idhani.

Previous articleActor Landed In Huge Trouble For Making A Baseless Accusation On Anirudh For Dhanush-Aishwarya Divorce !!
Next article“Justice For Lavanya” Trends After Tamil Nadu Girl Student Died Due To Forced Religious Conversion !!

Raju Jayamohan of "Kana Kaanum Kalangal" fame has gained a separate fan following through his Bigg Boss stint in a very short span. Not...

C.s Amuthan, the maker of the only Kollywood parody film franchise seems to be very active on Twitter as his film is nearing the...

The messages being sent by youths to the female personalities who are associated with cinema industry are not tolerable these days, especially since the...

Director Atlee celebrates his 34th birthday on 21st of September with the blessings of his fans and fellow colleagues. Director Vignesh Shivan, Samantha Akkineni,...