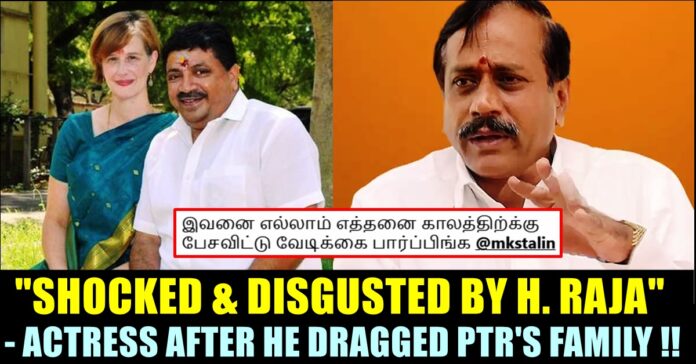 BJP politician H.Raja personally attacked Tamil nadu’s finance minister Palanivel Thiaga Rajan in one of the recent meetings and actress Kasthuri expressed her disgust over the speech of the former. PTR has been countering the views of the national party ever since DMK voted to power through 2021 assembly elections. Most recently, the TN FM strongly registered his voice against Prime minister Narendra Modi regarding the debate on freebies. 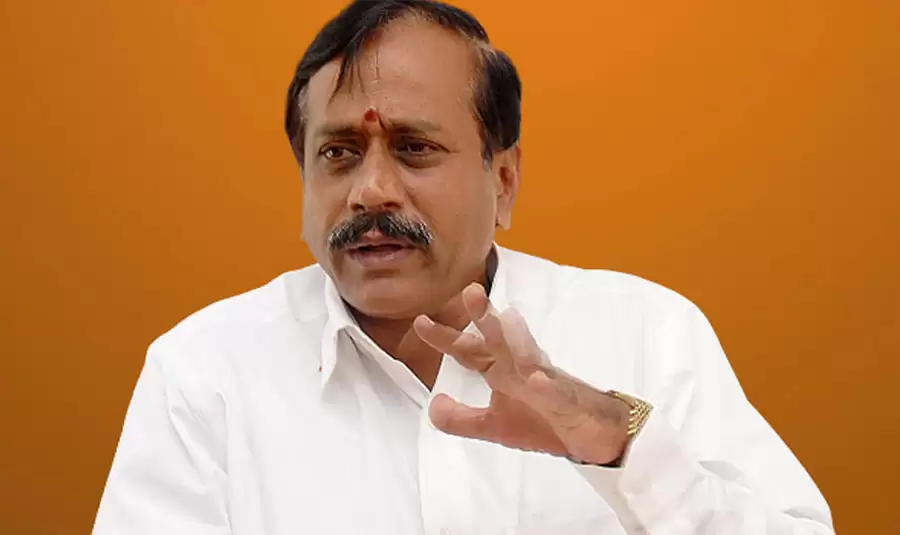 Controversial BJP politician H.Raja, in his recent speech, abused the minister and attacked him personally. Disrespecting the finance minister by mentioning him as “avan”, ivan”, H. Raja asked whether he would treat Christian fathers in the same manner he is treating Hindus. Would he use the same words to a Muslim Molvi ?? Do the standard of Hindus lowered that much ?” H. Raja asked.

Further, the BJP politician dragged the personal life of the DMK minister and made an inappropriate comment. “If you want to make your wife Margaret happy, there are so many ways. There is no necessity degrade a Hindu leader. What character this PTR is” the BJP politician said through his tweet.

“Shocked & disgusted by HRaja’s speech ( won’t share the video) @ptrmadurai’s outbursts may have been uncouth, but his points were relevant. To counter that by targeting his wife is absolutely vile. Even DMK trolls don’t abuse family members. New low for @Hraja & @BJP4TamilNadu” she said through her tweet.

“See the replies in this thread. Dirtiest DMK wankers are acting like saints now. Now they are labelling entire BJP, Brahmins etc. What is with people called Raja in the BJP? One in TN one in Telangana….” she further added.

See the replies in this thread. Dirtiest DMK wankers are acting like saints now. Now they are labelling entire BJP, Brahmins etc.
What is with people called Raja in the BJP? One in TN one in Telangana…. @BJP4India

Here’s some of the other reactions that surfaced regarding the speech of H.Raja :

H Raja has abused PTR beyond limits And DMK being stoic on such derogatory comments is really worrying !

Right from "Sillunu oru Kaadhal" fame Shriya Sharma who played the role of Suriya and Jyo's daughter in the film to Simran, the most...

On Sunday, India's star batsman Virat Kohli continued his botched run in world cricket as he fell for just 11 in the third and...

Hashtag #StandWithArputhamAmmal is trending in twitter seeking justice for A.G Perarivalan who is a convict in the Rajiv Gandhi assassination case. He is on...