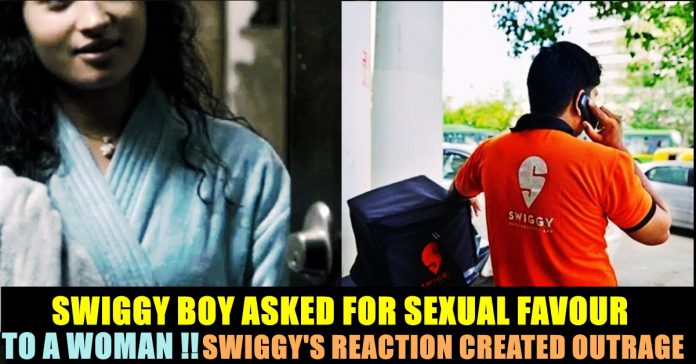 Food delivery app Swiggy has landed in a soup after it sent an apology and a coupon worth Rs 200 to a woman who complained of abuse by a delivery boy in Bengaluru. The delivery boy had allegedly sought sexual favours from the woman, the Times of India reported.

Following the apology, the woman decided to take action against the accused. It was also alleged that the accused abused the woman and asked her for sexual favours as well.

In the note, the company also encouraged the woman to file a complaint against the wrongdoer. The incident came to light after the woman took the matter to social media.

The victim had ordered food via Swiggy on Thursday and as the delivery boy came with the food he said something which was not audible to the victim. He again repeated what he had earlier said and the victim understood that he was abusing her and asking her for sexual favours.

The woman took to Facebook to narrate her ordeal. The alleged incident took place on Thursday. In reply to her complaint, the customer care of the company sent her a ‘sorry’ note and a Rs 200 coupon.

According to the Times of India’s report, the woman said that when the delivery boy arrived at her residence, he was saying something. The victim was unable to understand what the delivery boy was saying. On asking him to repeat, the victim realised that the accused was allegedly abusing her and asking her to have sex.

“I was taken aback. I had to literally snatch my food package from him and shut my door on his face. I was disgusted to let alone eat, but to even look at the food,” she said. 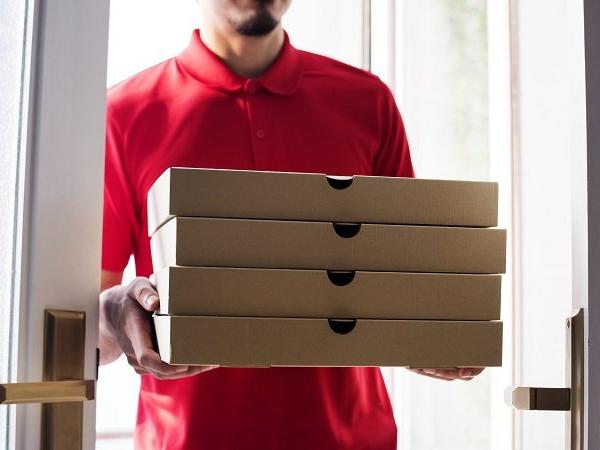 Swiggy later apologised to her on Facebook and assured action.  A spokesperson of the food delivery app said, “Customer safety is of utmost importance to us at Swiggy, and we maintain zero tolerance towards any misbehavior. Since this misunderstanding between the customer and delivery executive came to our notice, we have been in touch with the customer constantly. We have extended our full support to the investigation and the matter has been resolved with all parties involved. Swiggy is committed to bringing in the necessary confidence and control in providing great consumer experience.”

Nine Police personnel including an Inspector arrested for physically torturing a 22 year old law student Abdul Rahim inside a police station that is...

DD Neelakandan who is known for hosting shows in Vijay Television, came up with a heart warming video of the special day that is...

While entire social media came in to support the statement released by actor Suriya regarding the demise of 3 students who were supposed to...