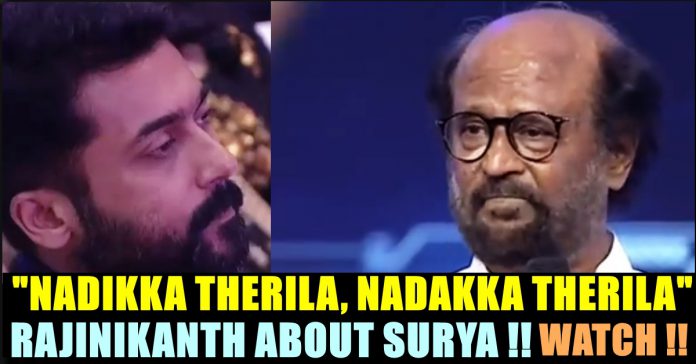 Suriya’s last release was the Selvaraghavan directorial NGK. A lot of expectations were riding on it, as this was the first time collaboration between the maverick director and the powerful actor. A political movie with a lot of scope for Suriya to express various shades, the movie showcased his histrionic abilities but failed to set the Box Office cash registers ringing.

Suriya has already moved on to work on his next – Soorarai Pottru – with director Sudha Kongara of Irudhi Suttru fame. However, the next Suriya project which will be hitting the screens is his much awaiting Kaappaan, a multi-starrer action thriller. The film also has Malayalam Superstar Mohan lal, Arya and Sayyesha as co-stars. 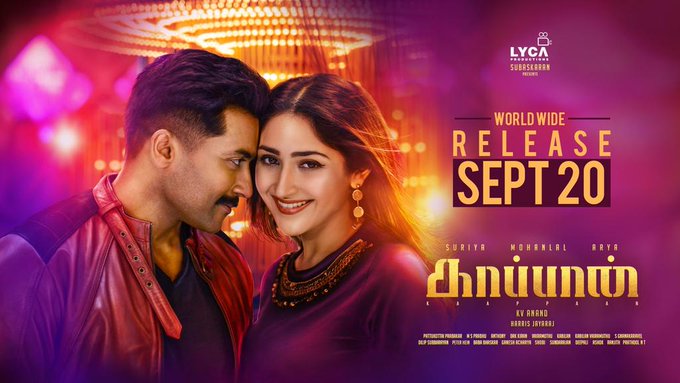 Superstar Rajinikanth, director Shankar and lyricist Vairamuthu  graced the audio launch of Kaappaan which happened on July 21. The video of Rajinikanth’s speech about actor Surya and his achievements has been surfaced on Internet lately.

Starting with sharing an incident of himself with Sivakumar, Superstar Rajinikanth praised him for the way he raised his two sons. “Sivakumar doesn’t like me having unnecessary chat with the female leads with whom we worked together. We have worked in two films which are Kavi Kuyil and Bhuvana Oru Kelvi kuri. On seeing me often chatting with the female stars, to prevent me from getting notoriety, Sivakumar gave me a paper full of dialogues to by heart. If he is taking care of his co star this much, look for yourself how well he would have raised his children” said Rajinikanth in the launch.

After that the legendary actor also praised his two sons and their skills. “In the movie Neruku Ner, Surya doesn’t know how to act or walk or even utter a dialogue. I firmly thought that he could not make it. But in Karthi’s case, it was different, he excelled in Paruthiveeran. He exhibited a 100 films old actor’s acting in the climax scene of the film. After that Suriya, carved himself to become a better actor. Though his determination and hard work, Suriya became what he is today. Director Bala has a big part in it as his collaboration with Suriya in films like Nandha, Pitha Magan made him a better actor. After that he gave excellent performances in films like Ghajini, Kaaka Kaaka, Ayan, Singam series. No one could replace the characters he did.” said Rajinikanth in the audio launch.

The aspiring politician also pointed out the actor’s take on education in India. In a recent press meet, Surya lashed out at the government for the flawed educational system of India. “The importance given to entrance exams and main exams are not given in providing quality education to the students” Surya stated in this press meet. This impressed Rajinikanth who stated as a different face of Suriya. He also said that the speech of Suriya reached Prime Minister Modi. 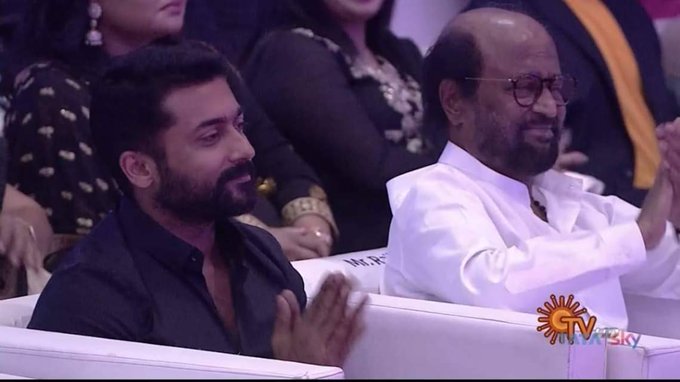 Kaapan is expected to hit the screens on August 30. Bankrolled by Lyca Productions, this Suriya-starrer has music by Harris Jayaraj and cinematography by Prabhu.