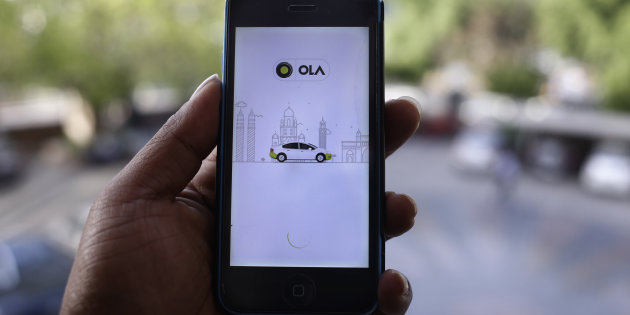 SURPRISE!! You Can Now Book An Ola Cab Even Without Internet Access.. Check It Out How?! 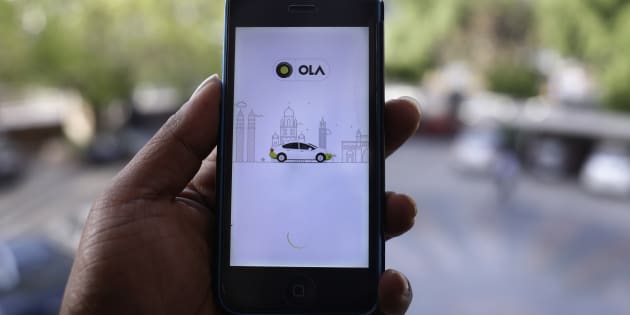 India’s largest cab aggregator Ola has now made it easier to book a cab even without an internet connection. Its new offline feature lets passengers on slow networks make a booking by sending a couple of SMSes.
Here’s how it works. 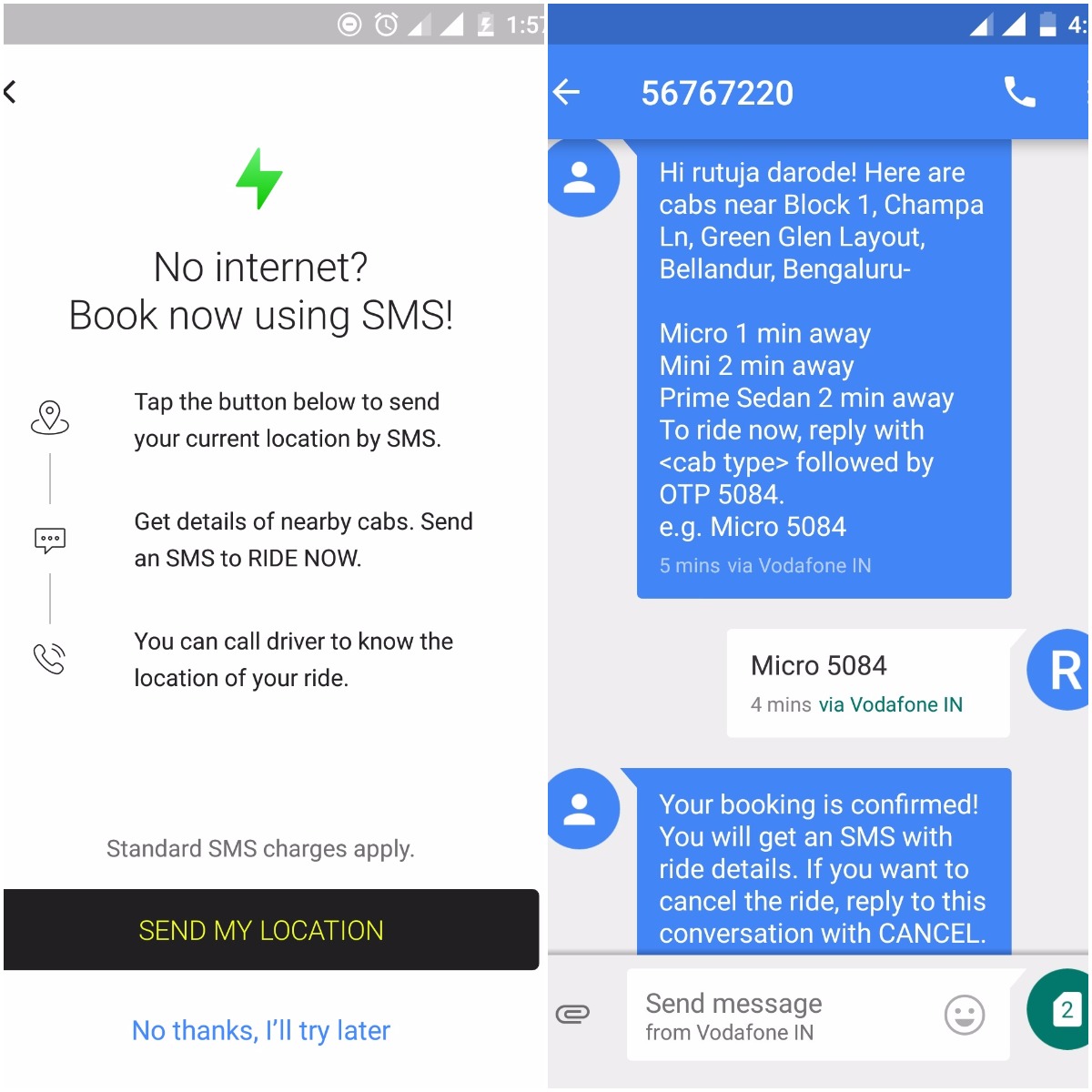 The offline feature is only available in Delhi, Mumbai, Bengaluru and Chennai for now, but will be rolled out in the 102 cities where Ola operates in the next few weeks. It can also be used only for cabs for now, and excludes categories such as shared rides, auto rickshaws, shuttles, rentals and outstation cabs.
The new feature aims to find a way around slow and patchy Internet services in Indian cities. While it was tested in smaller towns such as Indore and Nagpur, it is also targeted at metropolises, which constitute a major chunk of Ola’s business. “Even in tier 1 cities, there are pockets where there is lack of internet connectivity and network congestion,” Anand Subramanian, senior director at Ola, said.
“This feature takes away the constraint and gives the same experience but offline. In the end, mobility needs to be easy and convenient.”
Ola had recently introduced three new features to improve pick-ups. Ola Hotspots identities entry and exit points of popular locations such as malls, airports and residential colonies. Users can also share directions with their drivers by including details of a nearby landmark or specific instructions. The app will also suggest older pick-up locations when booking newer rides.
Ola will be hoping to tackle the problem of poor Internet connectivity for existing users. Interestingly, in July 2015, Ola had stopped taking bookings on its website and phone because it received over 99% of its bookings through the app.
Ola isn’t the first cab operator to launch such a service. In July, autorickshaw aggregator Jugnoo had introduced an offline service to book rides using SMS, for low internet connectivity. Earlier, travel search app Ixigo and bike-hailing app Baxi also started similar offline features.
In August, Ola’s main rival Uber launched a ‘Dial an Uber’ feature which allowed users to book cabs on the Uber website, without having to download the app. However, it still does not have a fully-offline feature.
Previous articleEvolution of Royal Enfield (bullet) Since 1893..!!
Next articleTop 10 Best Cities For Job In India Where You Can Get Annual Package Of Upto Rs. 6 Lakhs