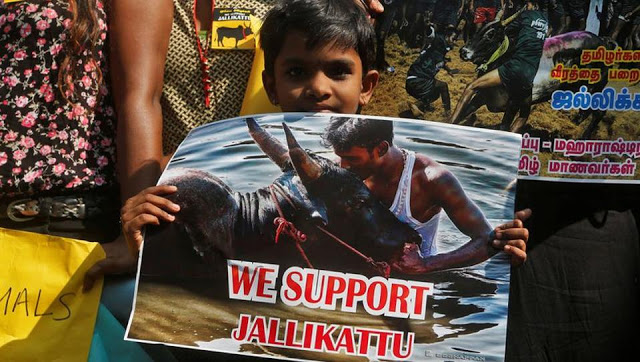 What is the need of bringing an Act allowing Jallikattu in Tamil Nadu by the government and what is the legal answer to it?

Supreme Court of India questioned the Tamil Nadu government’s decision for passing a law in Tamil Nadu assembly that allowed jallikattu being conducted.The point to be noted here is that, the court rejected to stay the law but accepted to hear petitions filed by animal rights groups such as PETA.

The bench comprised of Justice Dipak Misra and Justice JR Nariman gave out this earth shattering news.The apex court was hearing the petitions filed by the Animal Welfare Board of India and other groups, which challenged Tamil Nadu’s jallikattu legislation.

On Jan 23, the Tamil Nadu assembly passed the Amendment on Prevention of Cruelty to Animals (PCA)Act, on the account of vigorous protests all over Tamil Nadu.

Previous articleRSS in chennai!!!
Next articleYou’d Be Surprised About Akshay Kumar’s Role In This New Film. Worth Every Penny.

In a shocking incident of an unknown man barging into a classroom and molesting school girls and urinating in front of the class after...