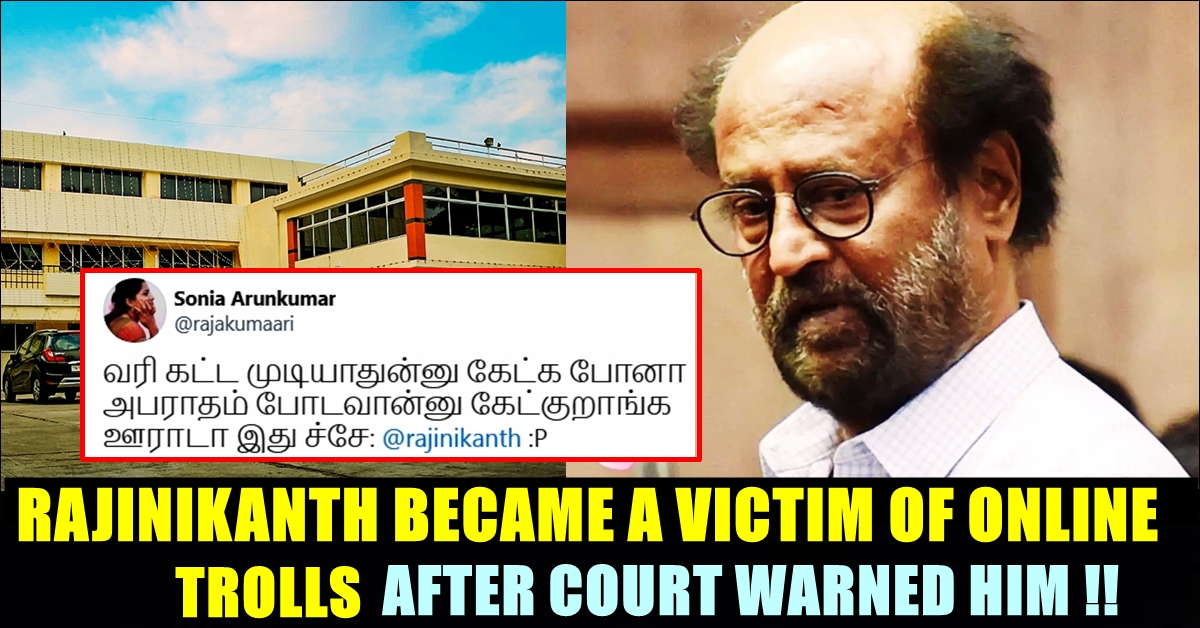 “File a memo for withdrawal before the end of today’s business hours. The court will record your memo and dismiss the plea” the court said.

Now, this incident has caused the aspiring politician a major embarrassment with social media trolls. Being the biggest film star of the country with the highest remuneration, Rajinikanth’s early morning walking video would go viral across the country. This feud between himself and Madras high court grabbed huge attention of the social media users. Rajinikanth also faced severe criticism from the twitter users for not voicing out when fuel taxes increased.

The same #Rajinikanth won't file a PIL against increasing cess & tax on fuel.

Shouldn't an aspiring politician be doing that too?

Considering he has been adept at finding reasons to reduce tax liability for himself. pic.twitter.com/eubX50BbuY

The man who apparently wanted to change the system, which according to him was rotten. Earns more than 30 crores per movie, but hesitates to pay 6odd lakhs as property tax.and the same #Rajinikanth won't file a PIL against increasing cess & tax on fuel. https://t.co/t6SAKiLrI9

However, fans of the actor said that he approached the court in a lawful way by using his rights. Many others said that Rajinikanth could have easily paid the tax but he wanted to voice for the other owners who would be paying taxes for their vacant premises.

#ShameOnVijaySethupathi Trending At Top In Twitter !!
Dhoni Forced Umpire To Change His Decision ?? Here’s The Truth