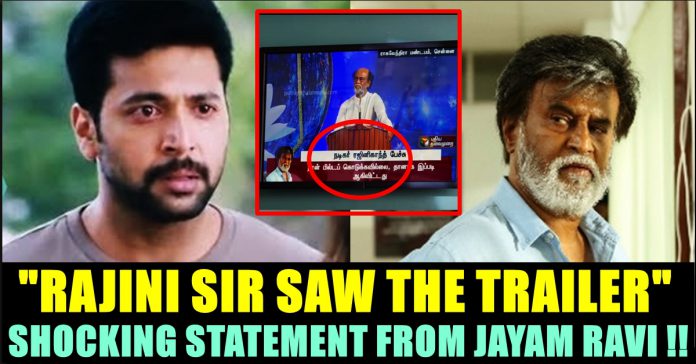 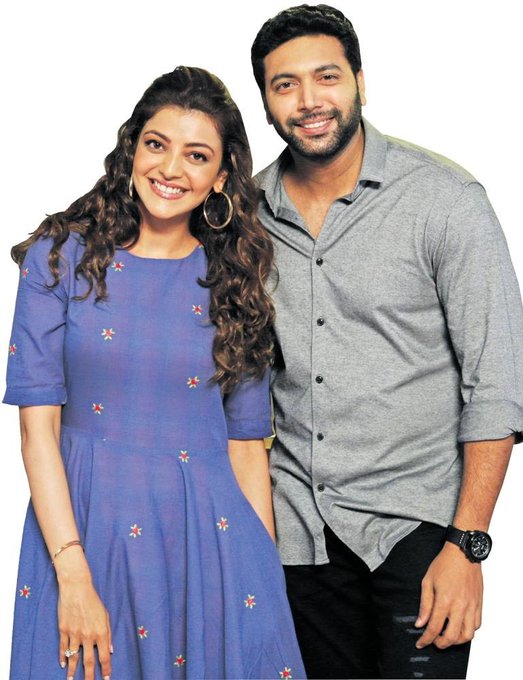 The trailer of Jayam Ravi starrer “Comali” released few days before and went viral across the Internet despite of having a mediocre plot line which is evident through the trailer cuts. Towards the end, the makers decided to take a sly dig at the political entry of Superstar Rajinikanth. To prove that they are living in 2016, Yogi Babu switches on the TV in which we can see Rajinikanth announcing his political arrival. Jayam Ravi who denies to believe it says that it is 1996.

After the director and producer of the movie accepted to remove the scene from the movie, Jayam Ravi released a press release to express his regret over the issue. The surprising fact about the press release is that the actor mentioned about Rajinkanth’s response to the trailer after watching it. 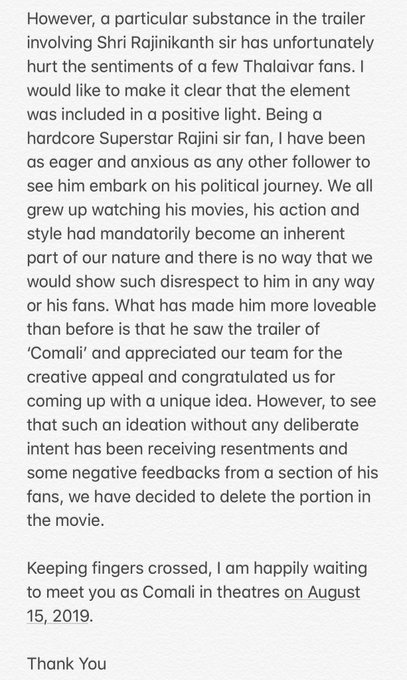 The “Thano Oruvan” actor has revealed that Rajinikanth himself saw the trailer and appreciated the team. “What has made him more lovable than before is that he saw the trailer of Comali and appreciated our team for the creative appeal and congratulated us for coming up with a unique idea. However, to see that such ideation without any deliberate intent has been receiving resentments and some negative feedback from a section of his fans, we have decided to delete the portion in the movie”, said the statement which was released by the actor in his official twitter account. Check out some of the reactions from the fans of Superstar after seeing this statement :

#Thalaivar @rajinikanth appreciated them even after they trolled him with a false fact..

What do you think on this statement of Jayam Ravi ?? Let us know your views !!

Vishnu Vishal who is busy promoting his upcoming film "FIR", in a recent interaction with a youtube channel, has said that he will never...