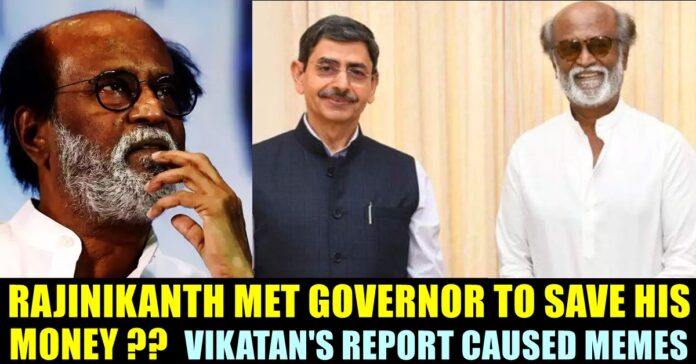 After a report of renowned magazine Vikatan surfaced, speculations over Superstar Rajinikanth meeting Governor to save his money are doing rounds in social media platforms. The report, indirectly said that the money income tax officials recovered from “Anbu” financier belongs to “Super” actor and he is seeking the help of “Guindy” horse to save his money. As soon as the report surfaced, memes and trolls started flooding the internet targeting the actor. 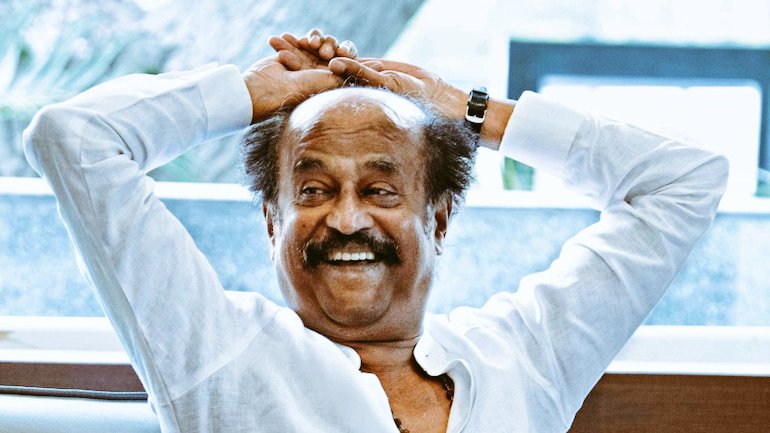 On Monday, Superstar Rajinikanth met press reporters and answered their questions about his meeting with governor R.N Ravi. Questions such as what the meeting is all about, whether the actor is planning to debut in politics again were asked Superstar Rajinikanth and the “Annatthe” actor was seen answering to all the questions in a calm and composed way.

“This is a meeting that took place out of respect. We talked for about 25 minutes to 30 minutes. Governor was someone who born in Kashmir and has been living in North India throughout his life. He loves Tamilnadu the most, importantly the people of Tamil nadu” Superstar Rajinikanth said to the reporters.

“Particularly, the honesty, hard work and other attributes of Tamil people has impressed him a lot. Most importantly, the spirituality of Tamil nadu people made him love them more” the actor further added.

“Governor said that he is ready to anything for the well being of Tamil nadu people” Rajinikanth said. Further, when a reporter asked the actor to state his opinion about the increment of GST for food products such as milk and curd, Rajinikanth said “no comments” as his answer. He also said that they both talked about politics and he cannot disclose about it to the media now.

When another reporter asked the Superstar actor whether he is planning to enter politics again, he, without a second thought, had replied “No” as his answer. Rajinikanth also made it clear that he couldn’t open about whether the conversation is about Lok Sabha general elections.

Later the meeting, a report of Vikatan magazine indirectly hinted that Superstar Rajinikanth met Governor to save his money that was recovered from financier Anbuchezhiyan. 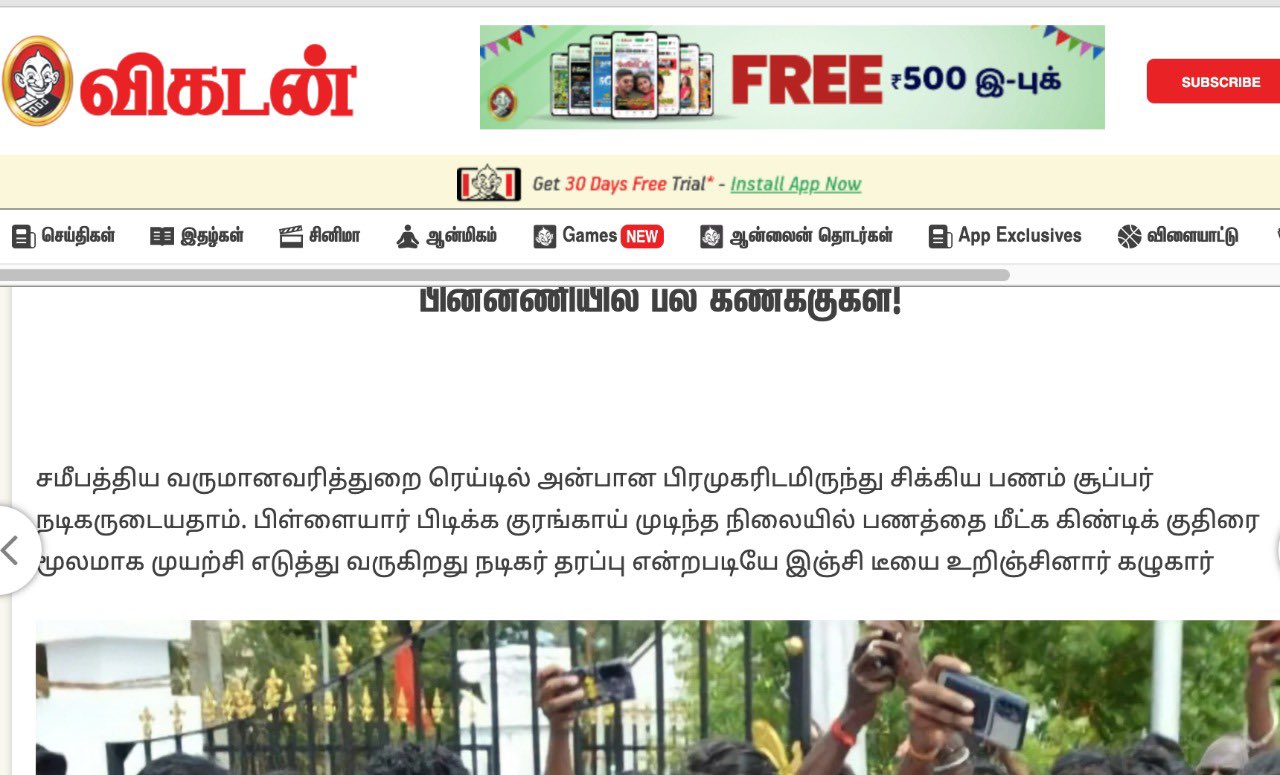 Memes and trolls started flooding in internet against the actor after the report surfaced. Check out some of them below :

Previous articleFirst Glimpse Of Nayan-Wikki’s Netflix Show In Out !! WATCH
Next articleYouth Who Fell In Pulla Veli Falls Found After 1 Week Between Rocks !!

Bharatiya Janata Party has been facing a tough time in the South. Videos of biggies of the party doing inappropriate activities on video calls...