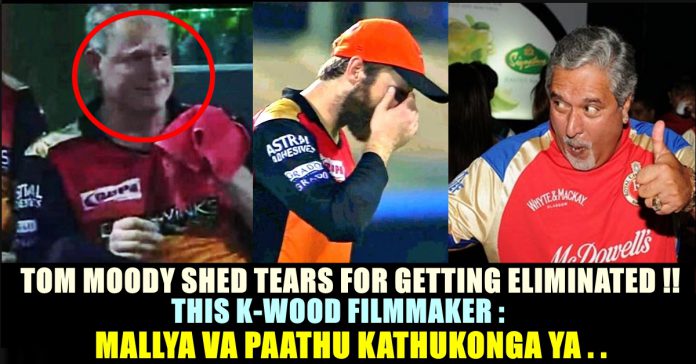 After losing a thrilling IPL 2019 Eliminator to Delhi Capitals, Sunrisers Hyderabad captain Kane Williamson rued the team’s inability to close out games through the season. Williamson said the team’s failure to capitalise on crucial moments through the tournament was the reason for their exit.

“In contrast to last season, I think we would have had four or five matches very very close and we were on the right side of those results,” he said on Wednesday (May 8). “This year we’ve been in similar positions – Super Overs, times like today, once again we have had those four or five matches but we’ve not been on the right side of the results. I guess if you’re looking back, there were some frustrating moments, but also some positives as every game we were in with a chance to win.

Unconfined joy in the @DelhiCapitals camp 🙌#DC now play CSK in Qualifier 2 for a place in the final on Friday. #DCvSRH pic.twitter.com/U0PkOXs1A7

“To qualify with six wins doesn’t look pretty, but it’s what it is. It’s a bit frustrating when the margin is so small, and we were on the losing side of so many of those margins. Even the last three matches we played there were some solid performances but we were nipped in the bud right towards the end. Some learning for the squad for the next year, but it’s disappointing.”

Tom Moody who is currently being coach for the team Sunrisers Hyderabad is a former Australian cricketer and coaching a number of teams such as Rangpur Riders of Bangladesh Premier league and Multan Sultans in the PSL. In 2017, he applied for the Head coach of Indian Cricket Team. 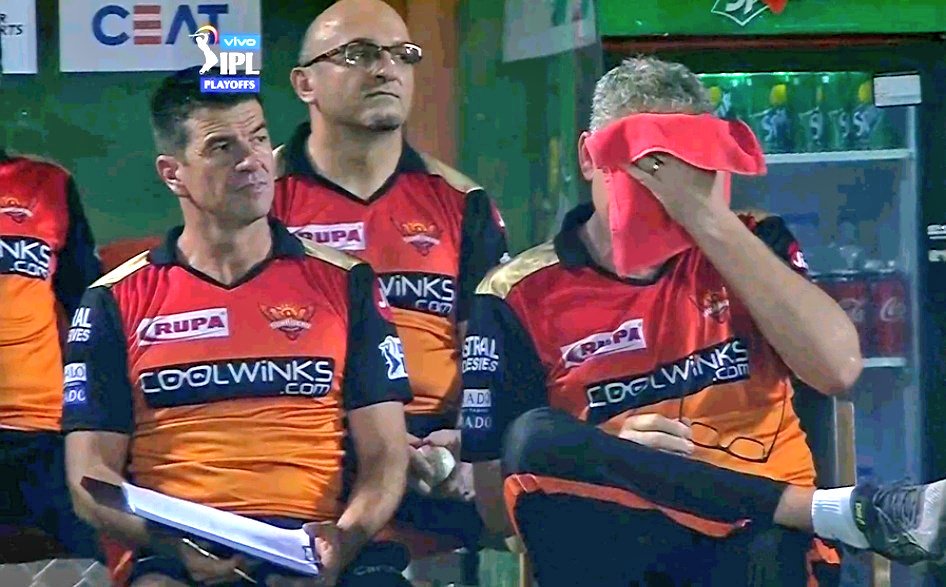 Sunrisers Hyderabad is considered as one of the consistent teams of the IPL tournament. As their search for the finals shattered by Delhi capitals in the final over of Yesterday’s match, the 53 year old veteran couldn’t hold his tears due to the sour result.

The video of him wiping tears goes viral on social media. Sunrisers Hyderabad required to defend 5 runs in the last over which was scored by Delhi capitals in the 5th ball. On seeing this from the dugout, Tom cried.

Many fans regretted on seeing  a coach feeling this way but Ranjit Jeyakodi was not one among them. ranjith Jeyakodi is a Tamil filmmaker who is known for directing films like Vijay Sethupathi’s Puriyatha Puthir and Harish Kalyan’s Ispade Rajavum Idhaya Raaniyum. 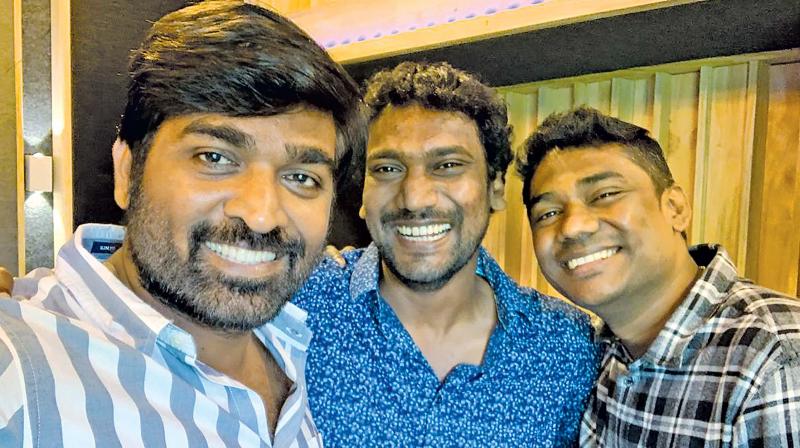 The director who saw the picture of Tom Moody, immediately uploaded it in his official twitter account with the caption “Ada ennaya ithukellam kannu kalangittu, Mallayava paathu kaththukongaya ☹️” (Why are you crying for such silly things, Learn from Mallaya)

The filmmaker is indeed mocking Royal Challengers Bangalore who are failing win a trophy in all the seasons they played. Vijay Mallya owned the team once and The RCB franchise is now wholly owned subsidiary of United Spirits Limited (USL), of which Mallya had been chairman and non-executive director, till he resigned from his post on February 25. He also resigned from his position as a director of Royal Challengers Sports Private Limited (RCSPL), thus effectively relinquishing control over his team.

Previous articleThis CSK Player Got Emotional On Seeing A Fan Feeling Sad !! Here’s How He Consoled Him !!
Next articleJUST IN : Kamal Haasan Is All Set To Host BIGG BOSS Season 3 !! First Set Of Contestants Revealed !!

After a gap of four years, Nazriya Nazim seems to be ready to make her comeback to Tamil films. The actress is reportedly acting...

“We Are Facing Issues Like Pollachi Rape Case, Do This Movie Really For Youths?” Prashanth Bashed IRIR Movie Crew !!

These Celebs Can’t Keep Calm After Atlee-Priya Announced About Their Pregnancy !!

Celebrity couple Atlee and Priya announced about their pregnancy on Saturday and left the entire Tamil film fraternity to scream in joy. Along with...