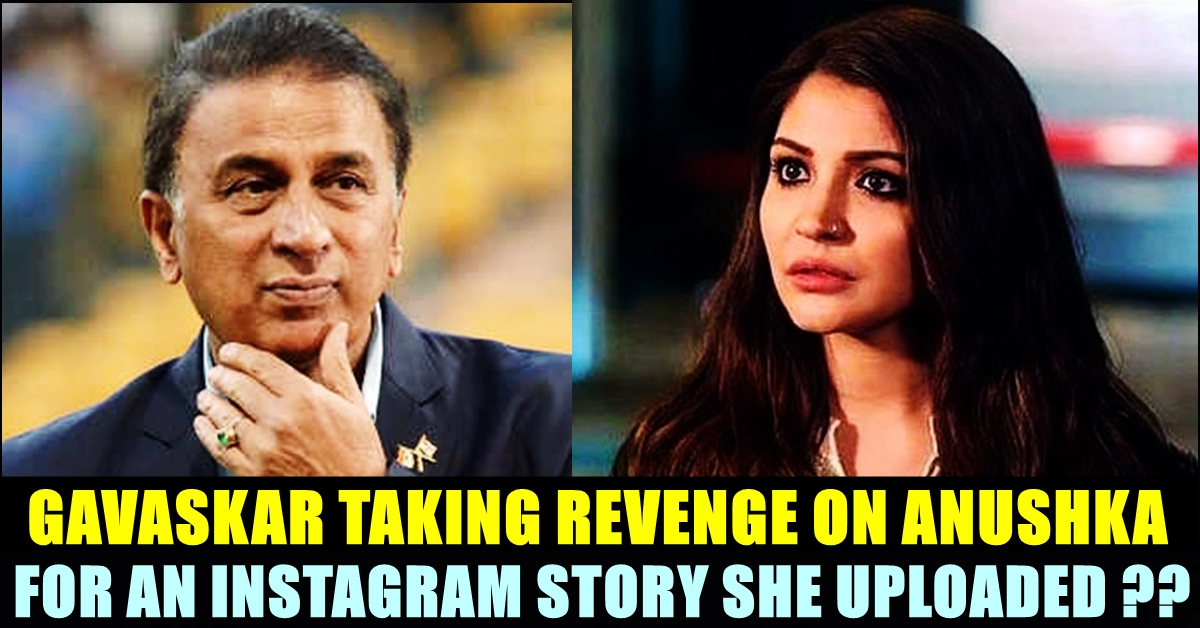 For making a comment on the paternity leave being taken by Indian captain Virat Kohli, former Indian opener and current commentator Sunil Gavaskar is facing the heat from the fans of both the Bollywood star and Indian captain. Gavaskar said that there is diversity in Indian team and said that Ravichandran Ashwin is being deliberately sidelined for talking his heart out in team meetings. He also said that Natarajan is also have to see his first born child yet and is being used in Indian team as a net bowler.

Countering his comment, fans of actress Anushka Sharma accused Sunil of taking vengeance for a rift that took place between himself and the actress over a comment he made during his IPL commentary. Sunil, after India’s pathetic loss in the first test match against Australia, while writing for Sport star said that Ashwin has suffered within the Indian team because of his forthrightness.

“For far too long Ashwin has suffered not for his bowling ability of which only the churlish will have doubts, but for his forthrightness and speaking his mind at meetings where most others just nod even if they don’t agree”, said Gavaskar. Gavaskar also said that any other country would welcome a bowler who has more than 350 test wickets and four test centuries. He said that Ashwin is being sidelined if he fails to take wickets in one match where established batsmen are getting chance after chance even if they fail repeatedly. “For Ashwin the rules seem to be different” said Sunil.

“Natarajan was taken to Australia directly from the UAE and then looking at his brilliant performances, he was asked to stay on for the Test series but not as a part of the team but as a net bowler. Imagine that” Gavaskar wrote in his piece.

“A match winner, albeit in another format, being asked to be a net bowler. He will thus return home only after the series ends in the third week of January and to get see his daughter for the first time then. And there is the captain going back after the first test for the birth of his first child. That’s Indian cricket. If you don’t believe me ask Ravi Ashwin and T Natarajan” his column read.

As soon as this comment from the commentator surfaced, fans stated that Kohli asked permission to the selectors and BCCI even before and series start and said that no one is stopping Natarajan from applying leave. They also pointed out the rift between Sunil and Anushka where she condemned his statements during the commentary.

#Gavaskar takes all his revenge and retaliation for Anushka's earlier comments during IPL with #ViratKohli departure on paternity leave!!! Coz no one has right to question on this person's best moment!!!!

Gavaskar has no right to talk about someone's personal life.Virat was the player who went to play match just after
His fathers demise.He has made lot sacrifices for this team. It is his right to take a leave. I think you are still salty about Anushka's statement.

Why Virat Kohli is married to Anushka Sharma ? Why not Natrajan ? Different rules for different players ?

Seems like he ended up making an important insight while trying to take a personal jibe. Would have been waiting to say this since the whole incident with Anushka Sharma. If he's talking about heirarchy, how did Rohan Gavaskar even end up playing? 🤷‍♂️ https://t.co/oMpMFMTz74

This is how Gavaskar used to bat. Waited for the right ball to hit out of the park. Let Anushka's rants during the IPL go through without touching. Now he is scoring really hard. 😂😂 https://t.co/YfxCLIOICm

During IPL, while Kohli was batting, Gavaskar who was in the commentary panel, said “He wants…he knows, that the way to get better is to practice more” when Virat came into crease. Gavaskar was talking about the lack of opportunities to train during the lockdown. Then he referred, jokingly, to a popular video on social media, a small clip in which Kohli can be seen batting in the driveway of his house with Sharma bowling to him.

At one point, Gavaskar said “during the lockdown, he was practicing only on Anushka’s bowling, that won’t help him”. These remarks from the legendary cricketer irked Anushka Sharma to issue the statement through her official Instagram account. She said that his comment is distasteful and questioned why he blamed her for her husband’s performance through her Instagram story.

“I am sure you can have many other words and sentences in your mind to use to comment on my husband’s performance from last night or are your words only relevant if you use my name in the process? It’s 2020 and things still don’t change for me. When will I stop getting dragged into cricket and stop being used to pass sweeping comments?

“Respected Mr. Gavaskar, you are legend whose name stands tall in this gentleman’s game. Just wanted to tell you what I felt when I heard you say this.” Anushka said in her statement.