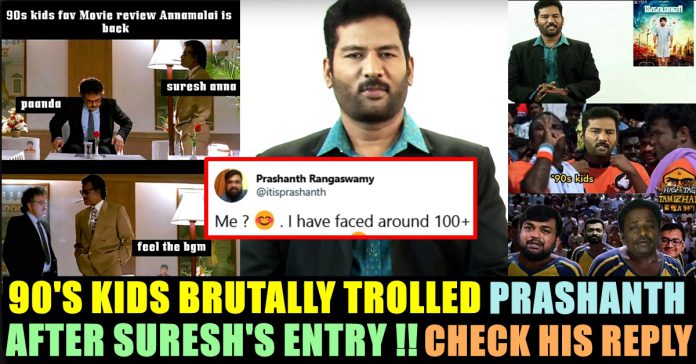 Movie reviewing is the analysis and evaluation of films and the film medium. A film review implies a recommendation aimed at consumers. In Kollywood, film reviews majorly helps Tamil audience to decide whether they should spend money on the film or not. Recently, controversy raised against Tamil film reviewers as they released their movie reviews on the day of the movie release.

Two of the prominent reviewers with highest number of followers in Kollywood are “Blue Satta” Maaran and Prashanth. Both of them known for their unique way of reviewing the film. Now to our surprise, Suresh Kumar, the movie analyst and professor who reviewed movies for 19 long years in Sun network has made his debut movie review in youtube through reviewing “Comali” film. 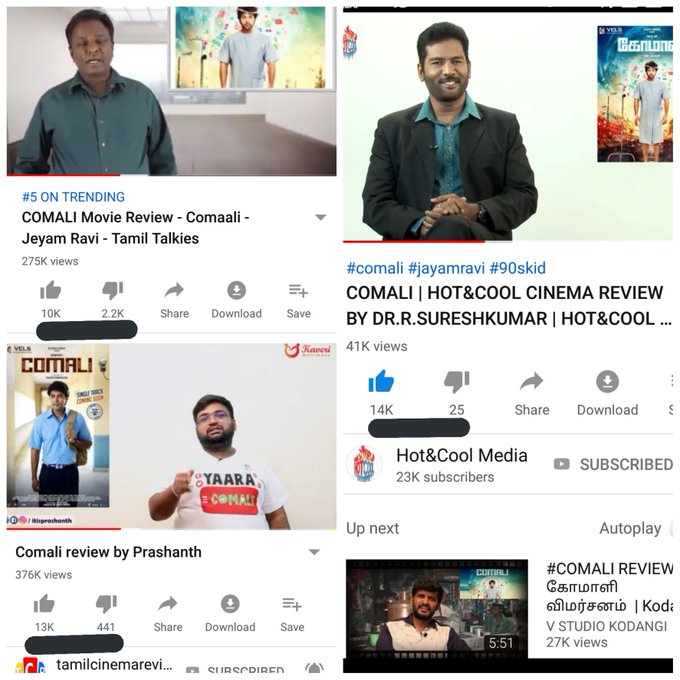 Suresh kumar hosted the “Top Ten Movies” show for 19 long years in Sun tv which will get telecasted on every Sunday morning. As soon as seeing his stint in youtube, excited 90’s kids started reacting to it in social media platforms. Through his first and only movie review, Suresh Kumar gained 28,000 subscribers.

Check out his first movie review in you tube here :

Meanwhile one of a social media user, made a hilarious meme alarming Prashanth and “Blue Satta” Maaran about the arrival of Suresh Kumar. The meme which had the template of “Ghilli” movie showed Suresh as protagonist Vijay and Prashanth, Blue Satta Maaran as antagonists. 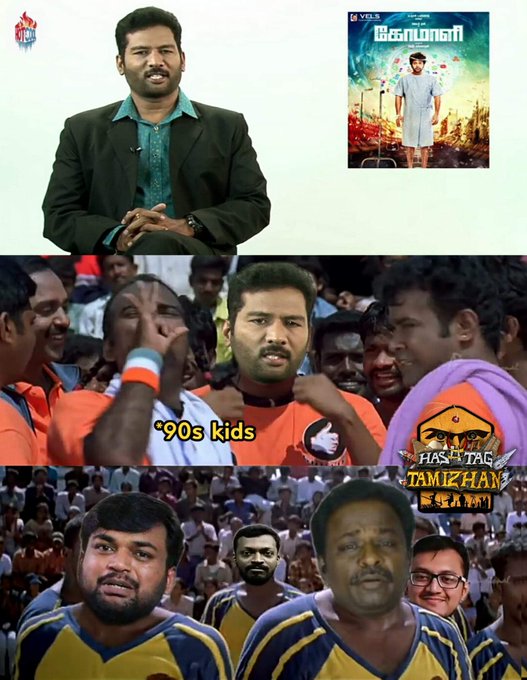 Another user trolled Prashanth by saying that Prashanth is pretending like smiling but crying inside to which Prashanth replied as “Me ? 😊 . I have faced around 100+ ,competitors in this 10 years. Still here 😊 .”

Prashanth got brutally trolled for his reply in the comment section :

Anyways,Hereafter 🐼 , blue sattai will face a tough competitor ,@cinemapayyan do some other work.

You faced 100 or 200 before but this man is one man army, today alone he reached 20k subscribers

What do you think on these reactions from his followers ?? Comment your views below !!

Director Vamsi Paidipally's speech about how hard it is to make a film in his recent interaction with Cinema Vikatan, triggered Tamil cinema fans...