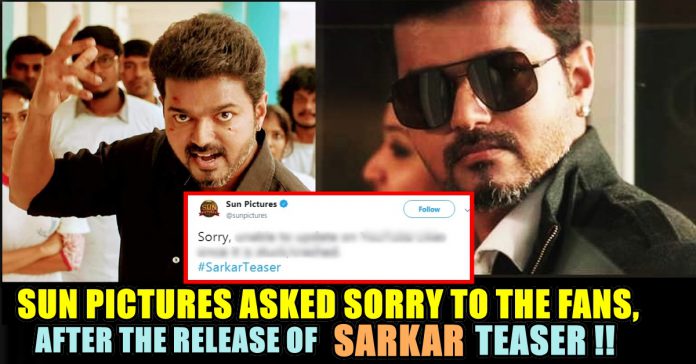 After delivering superhit Mersal, Tamil superstar Vijay is all set to enthrall his fans once again. Yes, we are talking about Sarkar, the actor’s upcoming movie helmed by AR Murugadoss. The first teaser of the movie is released on internet today at 6 pm.

At the audio launch of Sarkar, AR Murugadoss had said, “Sarkar is my third film with Vijay. He took Thuppakki to another level. He surprised me by taking Kaththi a notch up. And he again exceeded my expectations in Sarkar. You will find Sarkar very moving.”

Vijay’s Sarkar is expected to hit screens during Diwali this year. 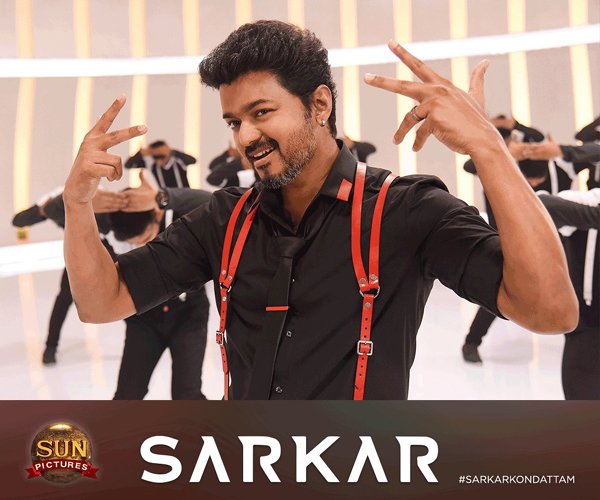 The teaser starts with Varalakshmi sarathkumar’s voice over saying that “he is a corporate monster, he will destroy anyone who opposes him” most probably referring to Vijay. The teaser shows Vijay returning to India to vote on the election day which was steal by a corrupted party.

Then with the combination of multiple shots with Vijay fighting, dancing and protesting the teaset ends with Vijay saying “Get ready Folks !! Find out your own leader , That’s our Sarkar”

On seeing the teaser so many celebrities celebrated it by wishing it on their official twitter account. Check out some of the selected ones here :

Meanwhile Sun pictures posted a shocking tweet asking “Sorry” to the fans to Tamil cinema & Vijay fans. Reason for their apology is nothing but they could not update the likes of the teaser.

Sorry, unable to update on YouTube Likes since it is stuck/crashed. #SarkarTeaser

Here’s the reaction from their followers :

Once it cleared Update Us That’s Fine 😎

What do you think on this ?? Comment your views !!