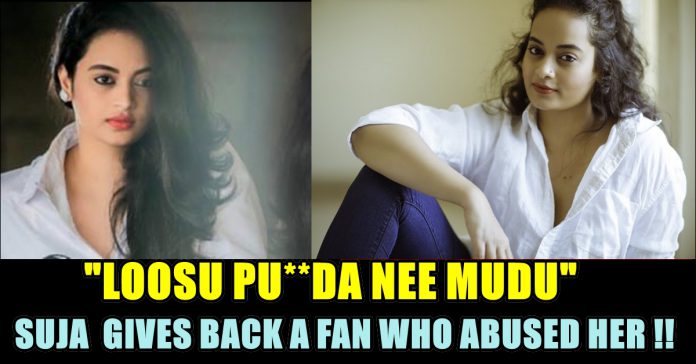 Suja has been in the industry for a long doing special numbers but resolved to choose films with substance and proved in movies like Kuttram 23, Kidaari and Iravukku Aayiram Kangal.

Few months ago rumors of her relationship with Shivaji were rife and reports suggested that the duo got engaged after they were spotted at Tirupati Tirumala Temple. While not refuting the rumours, Suja would have had us believe that she was denying it. She said they were friends and asked people not to spread rumours about her “false” engagement and that she would definitely inform all if there is are official updates about her personal life. 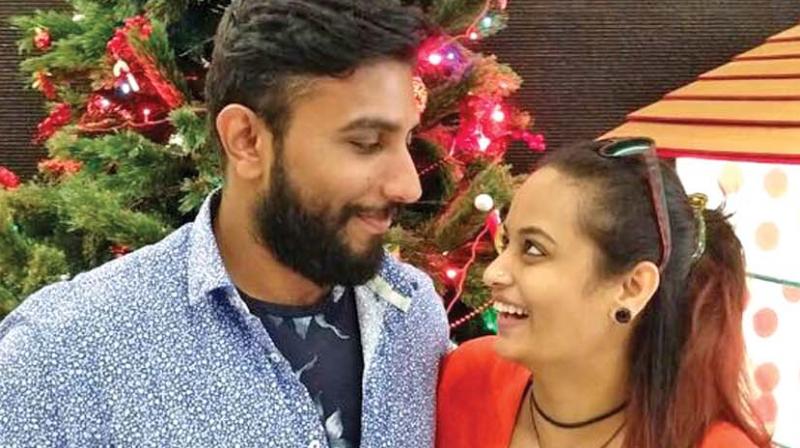 Earlier Bigg Boss contestant and actress Suja Varunee has come down on people who have been abusing and harassing her on social media. The actress took to social media to vent out her anger and also warn the harassers that she won’t let them go easily. Varunee also posted a few screenshots of the sexually explicit comments she received on her social networking pages. 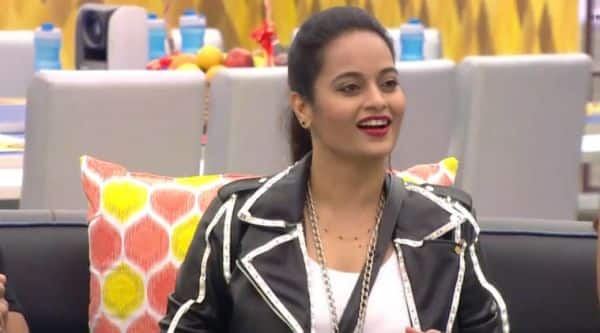 The actress is outraged by the nasty comments on her costumes. She cited recent instances of rape and molestation and argued that the problem does not lie in how the women dress, but with the mindset of those who find fault with how women dress.

Not all women are good!

Not all men are bad!!! pic.twitter.com/0zUSG0BXVc

Following this the actress who recently visited Bigg Boss house as a guest contestant involved in an unbelievable verbal fight with a twitter user. She posts a screenshot of the user tweeting bad words with giving him a reply in his way.

Here’s the screenshot of the who abused her :’

The user in his tweet saying something about Sendrayan which is not much understandable. For that Suja replied “Ungaluku mariyadhaiyana thamizh theriyadhunu nenaikuren!! Ungaluku puriyum padi solluren
Loosu punda nee mudu…ennoda tweeter la naa enna venulum poduven…vandhutan goiyala@arul2594″ (I think you don’t how to use the tamil language with respect. I will say it in your way “You shut, I will post whatever i want in my twitter” (with the bad word he used)

Check out some reactions :

Samantha Ruth Prabhu confirmed her role as the female lead in the Indian installment of the spy franchise- Citadel of Russo Brothers. On Wednesday,...

Film Industry Mourns For The Demise Of Meena’s Husband !!

Celebrities from film industry who worked with Meena, came up with posts in their respective social media handles, expressing their heartfelt condolence for the...

Steps From The Super Hit Song Of Vijay Was An Utter Copy From Shahid’s Song??