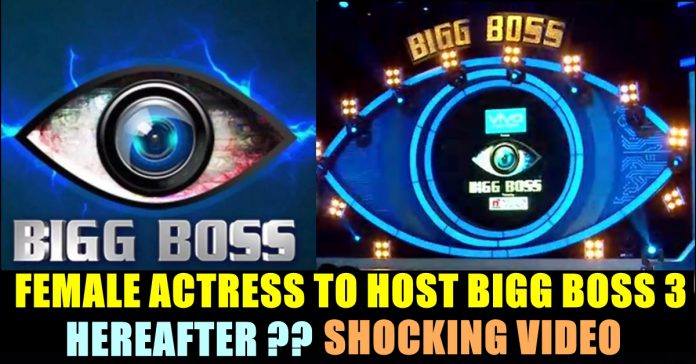 Bigg Boss is one of the popular Television show which is keeping the viewers of south India busy. As the Tamil version of the show is being hosted by Kamal Haasan which is going to play its 69th episode today, the Telugu version of Bigg Boss show has made a brave decision by changing its host for just one day.

The Telugu version of the show was initially hosted by Superstar Nagarjuna who is known for his stardom and fanbase in Telugu film industry. Nagarjuna just celebrated his 60th birthday and fans were treated with stunning photos from the celebrations, courtesy his daughter-in-law Samantha Ruth Prabhu and his wife Amala Akkineni.

Nag mama says “Thankyou for all the love .. always and forever .. your blessings matter the most “

As the actor is celebrating his birthday in Spain with his family, a sudden change of host has been occured in the Telugu Bigg Boss show. Bahubali fame, Ramyakrishnan is going to host the show just for a day as per the suggestion of the promo telecasted by Star Maa.

The Queen #Sivagami @meramyakrishnan has arrived to #BiggBossTelugu3 as special host 👑👁️

Reportedly, a source revealed that the directors wanted something new and fresh to motivate the audience. “The directors of the show felt that a dose of freshness should be injected to lift the spirits of the viewers further. The show has been doing great in terms of TRPs. We have seen wild-card entries and guests. But a new host is novel,” the source said.

Ramya Krishnan gained popularity through her acclaimed role Neelambari in Padayappa which also won her the Filmfare Award for Best Actress – Tamil. She also won the Filmfare Award for Best Supporting Actress – Telugu for the 2009 dramedy Konchem Ishtam Konchem Kashtam. Ramya’s portrayal of Rajamatha Sivagami Devi in the Baahubali series (2015-17) received universal acclaim. Even in the released promo, she was seen recreating the character Rajamatha.

Comment your views on Ramya Krishnan hosting an episode of Bigg Boss show !!