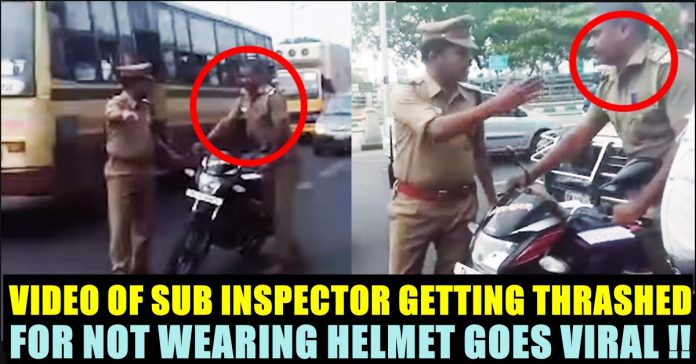 In a city with more than half a crore vehicles plying on the roads, a whopping 10,000 cases are being booked every day for offences such as overspeeding, drunk driving and riding without helmets. With traffic violation rising in proportion to the vehicle population, the city police have come up with an innovative plan to bring down traffic violations. The law-enforcement officers in the city have been provided with a modernised e-challan devices to penalise violations.

Booking of cases for violation and payment through credit/debit cards can be done using the same device. There will not be any deviation between the penalty levied and the amount collected. A recent such violation from a Sub-Inspector was severely condemned by his senior officer, video of which is going viral across social media. 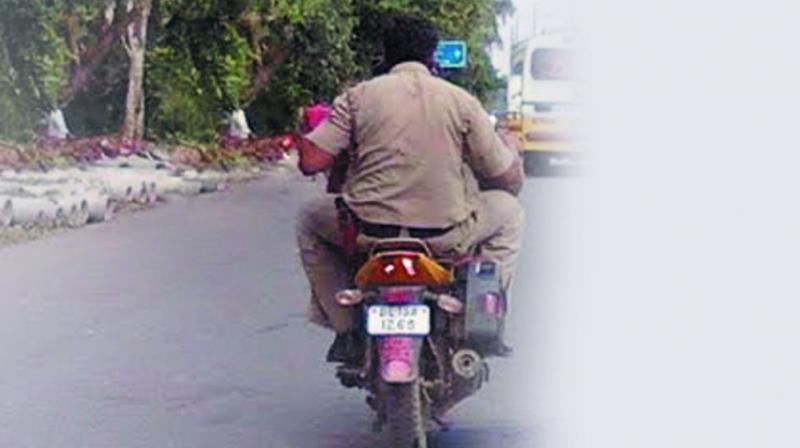 One of the most common traffic violation in our country is not wearing helmet. As we all know it is illegal to ride a two-wheeler without a helmet in India, it can be extremely dangerous and can cause fatal accidents too. We can often  see youngsters and office goers making excuses to Traffic police officers for not wearing helmet while riding bike. Unlike often, this viral video shows a Sub-Inspector getting caught for not wearing helmet by Assistant Commissioner.

Though the video is not much audible, it is clearly evident that the Sub-Inspector was receiving harsh treatment from his senior officer. He is seen scolding the SI severely and asked him to park the vehicle nearby as he would ask any normal citizen to do. However, it is not clear if any action was taken against the cop who broke the rules. Though it would be a major lesson to every government authorities and to the common people.

Earlier, a sub-inspector from Mumbai Police faced action after a motorist caught him on camera violating several traffic rules. The cop also behaved rudely with the motorist when he confronted him. The video showed a cop riding his bike without a helmet and speaking on his cell phone using a hands-free device. When the recorder confronted him  the cop told him in Marathi that he has no right to question him. The police responded to the tweet saying that an e-challan had been issued to the cop through the Malad Traffic Police Division.