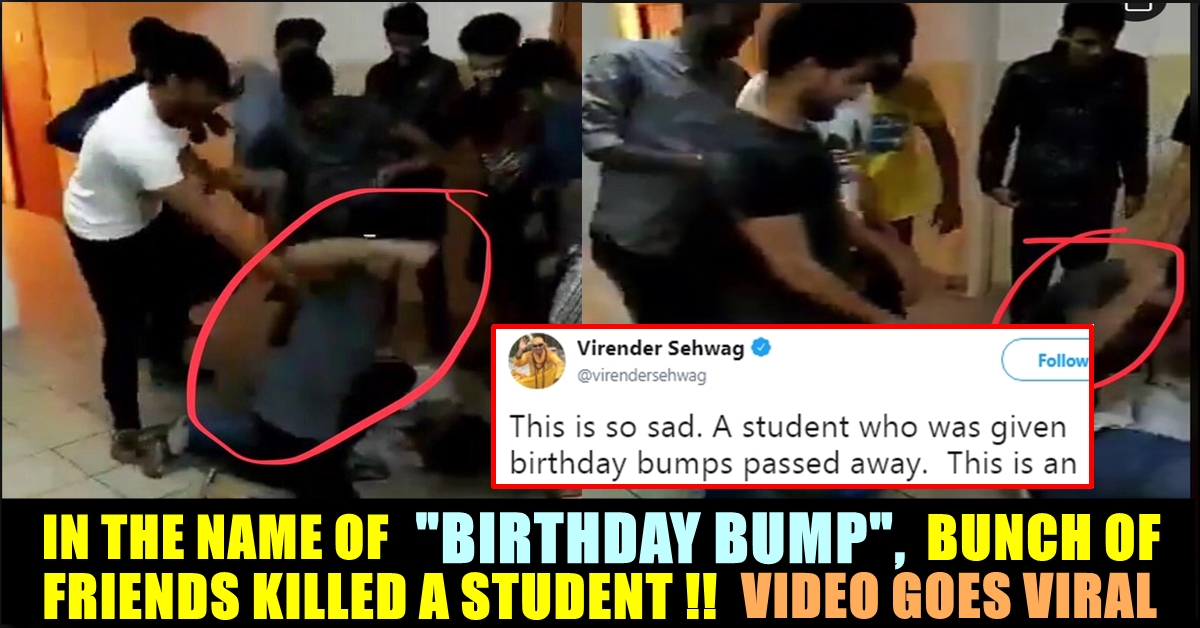 The bumps is a birthday ritual at schools in the United Kingdom and Republic of Ireland, usually performed on the school field, playground, or other open space. The birthday child is surrounded by classmates, and after a chorus of Happy Birthday to You, four other children seize the child’s arms and legs. 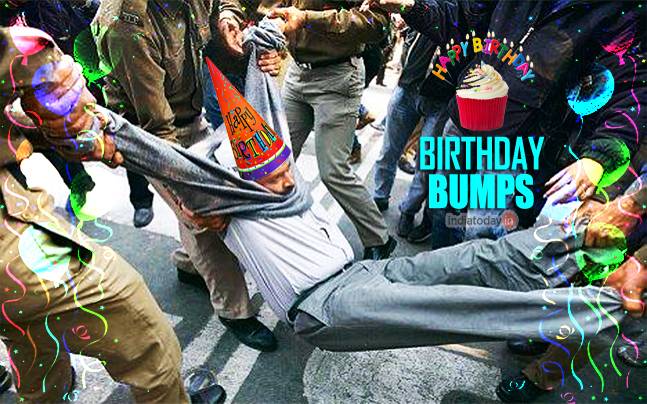 The “Birthday bumps” are also common in Ireland, Canada and India, pretty much the same version of the ritual with some creative alterations at times. But would you believe if we say that the alternation went too far as it killed a college studying student ?? Yes, It happened to a IMM student who died 2 months after getting severe beat up as “Birthday bump” from his friends.

the video was shared by famous Indian cricketer Virender Sehwag with the caption “This is so sad. A student who was given birthday bumps passed away. This is an assault and no way to celebrate. Please be responsible and no birthday bumps ,it isn’t funny for anyone.”

This is so sad. A student who was given birthday bumps passed away. This is an assault and no way to celebrate. Please be responsible and no birthday bumps ,it isn’t funny for anyone. According to a tweet of Lawyer Shruti Desai, the boy who died had stomach ache after the day of the incident occured. Then it was reported that his pancreas was damaged due to the beat up and he was operated which resulted in death.

A student of IMM died last 2 months ago Reason was, on his B-Day, b’day bumps were given by friends.. Next day he had stomach ache, pancreas was damaged, operated Finally died
Pls ask children, not to give B-Day bumps… @rsprasad need law? @DoJ_India pic.twitter.com/yuhvstfDIq

The video goes viral in social media and creating huge outrage where many of the parents who witnessed it says that they are scared. Some accused the friends and doubted that it might be intentional :

This scares the father in me..

These two are killers. Seems like it was done with intension. pic.twitter.com/G4ATFk7U7y

These are not friends. These are monsters.

Birthday bumps are supposed to be on the butt! Since when did elbowing the rib cage and punching become birthday bumps…this is just assault https://t.co/RIFOCHAwBp

Have never been for Birthday bumps! What a tragedy. How can beating someone on their birthday be qualified as ‘fun’ ? https://t.co/1FDyALNJXQ

This is an assault. Not birthday bumps. These young men should be punished for man slaughter.

This is real sad to know such celebration took a life away from a youth. Let us be aware and stay away from that kind of friends who is ready to do anything to us for their happiness.

Dhoni Thanked Tamilnadu Fans For The Nickname “Thala” !! “Thala” Ajithkumar’s Fans Are Not Happy !!
After #ApologizeAunty Hashtag Which Brutally Trolled The Viral Aunty, She Comes Up With An Apology !!