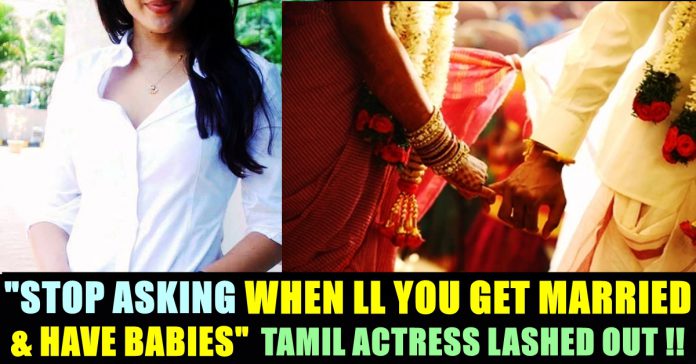 Actress Sameera Reddy who is pretty much interactive with her 1 million plus followers in Instagram, on Saturday, came up with a write up explaining about the hardship women are going through before and after marriage. the actress who got married at her 36, talked about the questions she faced from the public regarding her marriage and about herself having kids. Sameera Reddy wanted people not to judge women based on their marital status, motherhood and wanted them to change their mindset.

In a world which is filled with negativity, actress Sameera Reddy runs an Instagram account only to spread positivity. She never lets her followers, especially women who just gave birth to their children to feel low. The actress who conducted a gutsy photoshoot during her pregnancy period and broke the norms of a pregnant woman, has now exposed about what women are going through when they couldn’t get married or have babies at their “appropriate” age.

Sameer reddy said that she remember having a full meltdown at the age of 35 just because she wasn’t get married. The “Vaaranam Aayiram” actress said that there is so much pressure on women to find a partner and have babies to feel complete.

Even after getting married, people tend to judge women constantly till they have a kid, says Sameera through her post. The former actress could be seen frustrated on people questioning women about whether they are going to have a second kid or not.

“There is so much pressure on women to find a partner and have babies to feel complete . Or fulfilled . To mentally ✅ tick all those boxes we need to fit into . It’s very stressful . And then when you get married there is constant judgement till you have a kid . And then asked if you will have another one and you have to end up explaining why or why not” Sameera wrote to express her frustration.

Sameera also reveals that she is getting so many messages from single woman regarding the same. “I get a lot of single women saying how they feel really judged . How do we change the narrative to empower women. So that life decisions are not made in fear or haste or settling for something not deserving just to have that ring 💍. To make sure we feel supported not judged ?” read the post of the actress who added hashtags “Change your mindset”, “Imperfectly Perfect”.

This post from the actress garnered huge reception from many of her followers. To a woman who said that she has been arguing those judgements for being a single, unmarried, independent girl at 30, Sameera replied writing “honestly, it’s really annoying to be asked these questions constantly. And applause to you living your best life”

Sameera reddy who debuted in tamil film industry through Gautham vasudev Menon’s “Vaaranam Aayiram”, went on to act in several other films such as “Vedi”, “Vettai”, Asal” etc. The actress got married to an entrepreneur named Akash Varde on 21st of January, 2014. The duo gave birth to a son in the year 2015 and they got gifted with a baby girl on 2019.