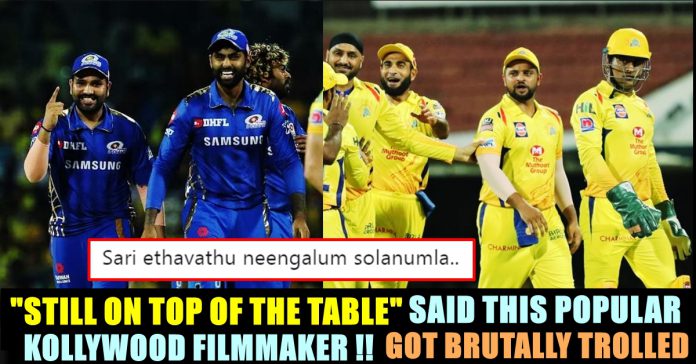 “Still At Top Of The Table” Said This Popular Director !! Got Brutally Trolled !! 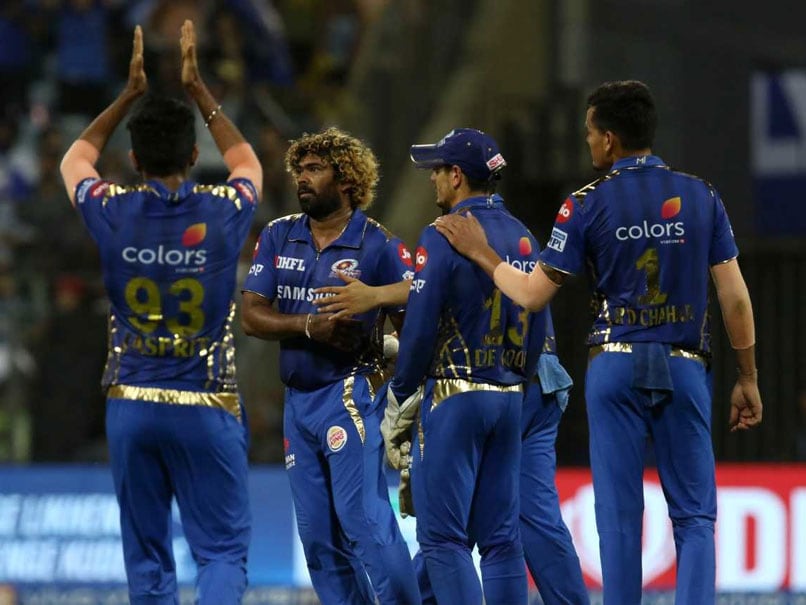 Winning the toss Suresh raina let the oppoiste team to bat and restricted them with 155 runs in their 20 overs but lost all the wickets while chasing. Dejected Chennai Super Kings fans started to thrash Suresh Raina for his poor captaincy and batting performance. Many thought that CSK is nothing iwthout captain Dhoni.

Raina needs to be dropped. He is not even fit! #CSK #CSKvMI #WhistlePodu

Just because Raina is called ‘chinna thala’ doesn’t mean he is the rightful heir to Dhoni. Raina is a bad with captaincy.

Meanwhile popular filmmaker in Kollywood Industry, Venkat Prabhu, felt the same and said that CSk is MS Dhoni and Ms Dhoni is CSK in his tweet. Check out his tweet here :

Following this he also added another tweet reminding that CSK is still at top of the table. His tweet read as “And still number one on da table!!! Gd nt”

And still number one on da table!!! Gd nt https://t.co/ERZSFmYN8t

For this the Chennai 28 filmmaker hilariously got trolled in his comment section as Mumbai have played only 11 matches in the IPL tournament where as CSK completed 12 games. Many Mumbai Indians fans abused him as well :

Bro no 1 is not a matter. We should perform bro. No one is good in batting order except dhoni… This is the situation of our #csk with out dhoni.

Venkat Prabhu is one of the ardent cricket follower and a fan of Chennai Super Kings as we all know. He also rose to fame through a cricket based movie Chennai 28 and recently released the second part of it as well. CSK’s yesterday lose would have definitely hurted him and he will be expecting for a perfect revenge so as CSK Fans.

Previous article“Blue Satta” Maaran Showed No Mercy To Avengers ENDGAME !! Check How He Thrashed The Movie !!
Next articleParrot Arrested For Alerting The Owners About Police Officer’s Arrival !! BIZARRE !!

The second day of Chief Minister Edappadi K Palaniswami’s three-day visit saw him attending a series of functions, and announcing implementation of Rs 1,000...

In another incident of double murder, an elderly couple was found dead at their farmhouse in Sekkadu, near Avadi. According to police, 50 sovereigns...