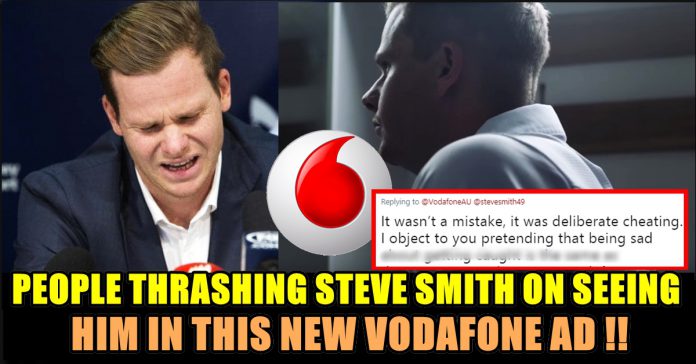 Viewers appear to be split on the advertisement, which shows Smith candidly discussing his experience following the ball tampering revelations in March. 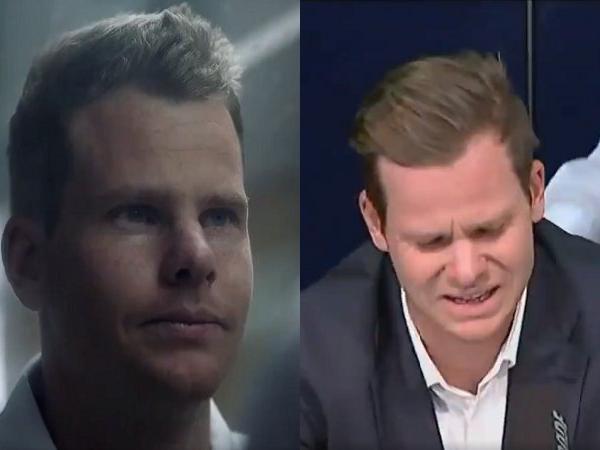 The advertisement, which appears to be more about mental health than mobile phone

“I was in a pretty dark space,” he says.

“It made me realise what other people go through and what they need to get through those difficult times.” 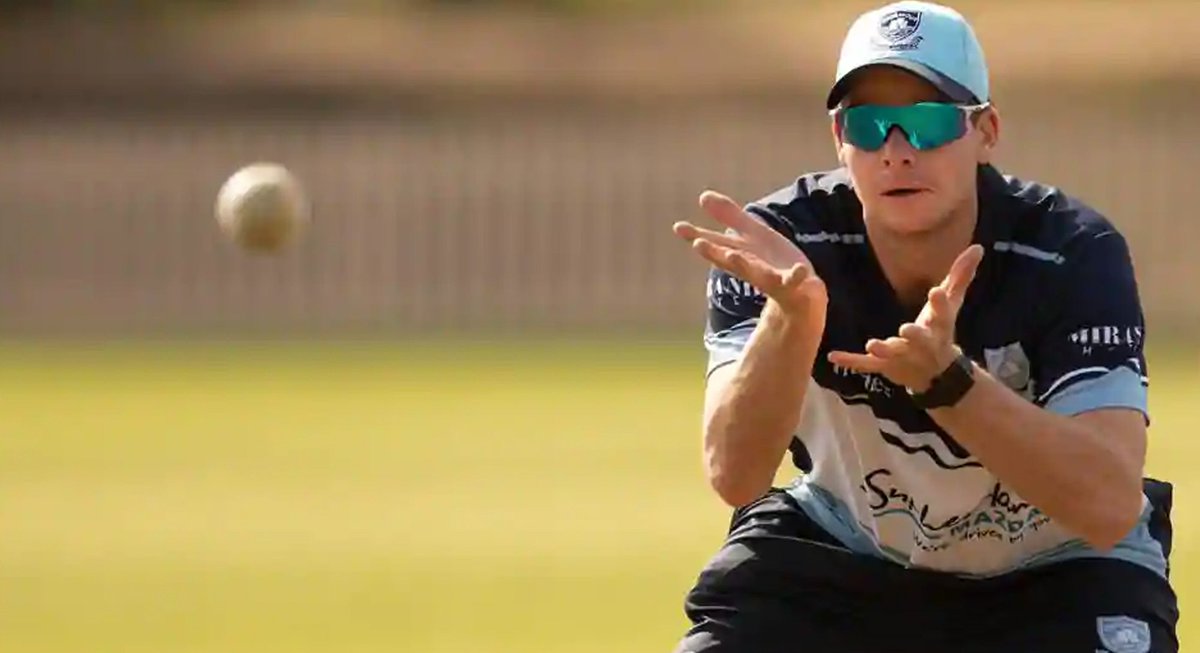 Smith’s monologue is interspersed with images of him playing cricket and talking to a group of young boys in a classroom setting.

Now as the year comes to a close and his ban term also coming to an end Steve Smith has been seen in a commercial of network provider Vodafone. In the advertisement, Steve Smith talks about making a comeback after all the troubles and working towards restoring the lost integrity. Watch the video below:

We all make mistakes, Steve Smith being no exception. Find out how he took ownership and moved forward: https://t.co/tDShP4fv7e @stevesmith49 pic.twitter.com/pwP7AOlVS1

The video has not gone down well with so many people who thrashed him openly on Twitter. Here are some of the reactions. Have a look-

Not sure who advised @stevesmith49 on the new @VodafoneAU campaign but it doesn’t sit well. Hopefully the proceeds are going to charity. Looks like he doesn’t quite get it. #stevesmith

A true leader of men would never have turned a blind eye to that sandpaper, but Steve Smith did, he was the Captain for goodness sake.
We should welcome him back open armed as a player, but never again as a leader.#stevesmith

Disingenuous rubbish from #SteveSmith …no one who remembers him & #Bancroft ‘s smug fest after the 1st test will ever take this fake humility seriously.

If your captain of your country, and you don’t want to know about or take responsibility for every action on or off the field that your team makes, then you shouldn’t be captain….. wasn’t fit to be in that position with that frame of mind #SteveSmith

It’s kind of like when Vodafone lied to me for years and told me the drop outs and failures to connect were because of my phone when really it was their network.

Good example of polishing a turd. Steven “Sandpaper” Smith gets a golden halo from one of his sponsors.

It wasn’t a mistake, it was deliberate cheating. I object to you pretending that being sad about getting caught is the same as depression. I’m a long term Vodafone customer, deciding if I will continue to be one at the end of my contract.

My concern is that he is talking about mental health, which he has no qualification for, and confusing feeling bad about doing something bad with genuine mental health conditions. It’s inane at best, potentially dangerous.

Appalling – Steve Smith plans to cheat, cheats, gets caught out, continues to lie about it, eventually apologises, and then uses mental illness to try to avoid/excuse/get sympathy for his actions.

I am a Vodafone customer and now that I’m aware that Vodafone is associating and paying money / advertising fees etc. to a cheat I will seriously be considering changing over to another provider. You should be ashamed of yourself @VodafoneAU

Would he have owned up if he wasn’t caught cheating? Everyone is sorry when they have been caught

He cheated, your just trying to make money out of a situation, a new low in advertising, grubs…

Previous article“This Is The Answer To All Those Who Questioned Me In Vairamuthu Issue” Chinmayi Explodes !!
Next article13 Year Old Girl Raped By Horse Rider In Marina Beach !! SHOCKER !!