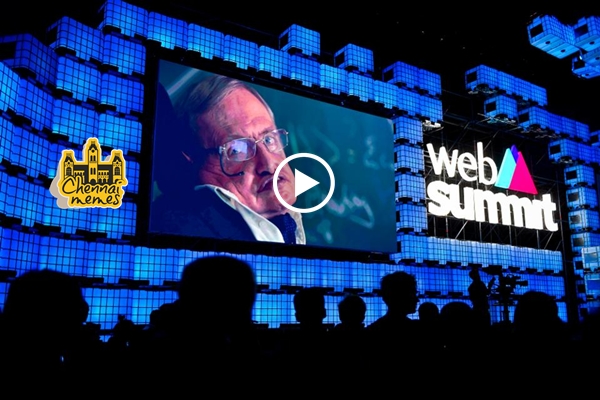 Stephen Hawking says the Earth will become a sizzling fireball

Stephen Hawking is an English theoretical physicist, cosmologist, author and Director of Research at the Centre for Theoretical Cosmology within the University of Cambridge. His scientific works include a collaboration with Roger Penrose on gravitational singularity theorems in the framework of general relativity and the theoretical prediction that black holes emit radiation, often called Hawking radiation. Hawking was the first to set out a theory of cosmology explained by a union of the general theory of relativity and quantum mechanics. He is a vigorous supporter of the many-worlds interpretation of quantum mechanics.

and humanity will become extinct

He declared that humans must “boldly go where no one has gone before” if we fancy continuing our species for another million years. Making a video appearance at the Tencent WE Summit in Beijing on Sunday, Hawking appealed to investors to back his plans to travel to the closest star outside of our solar system, with the hope that a livable planet might be orbiting it.

Hawking is backing Breakthrough Starshot, a venture to reach this system within two decades using a tiny aircraft that could travel at the speed of light.

He said: “The idea behind this innovation is to have the nano craft on the light beam. Such a system could reach Mars in less than an hour, or reach Pluto in days, pass Voyager in under a week and reach Alpha Centauri in just over 20 years.”

If successful, a generation may be able to see the probe reach the star.

Previous articlePhotographer Tried To Click Aishwarya’s Legs. This Is How Abhishek Bachchan Reacted
Next articleChennaites, Now You Can Bounce Happily At This Trampoline Park In KNK ROAD.. Check Out!

A video of emerging filmmaker Vignesh Shivan confronting youTube fame Bijli Ramesh over his habit of drinking alcohol is going viral in the social...

Senior actress Kasthuri who is pretty much vocal in her social media handles about the current affairs of our country, is getting trolled by...

“I Don’t Know Why I Was Born” – Vijay Sethupathi Regrets

Vijay Sethupathi appeared in an interaction amidst lockdown and shared about many things while talking about his upcoming films. The man who is known...