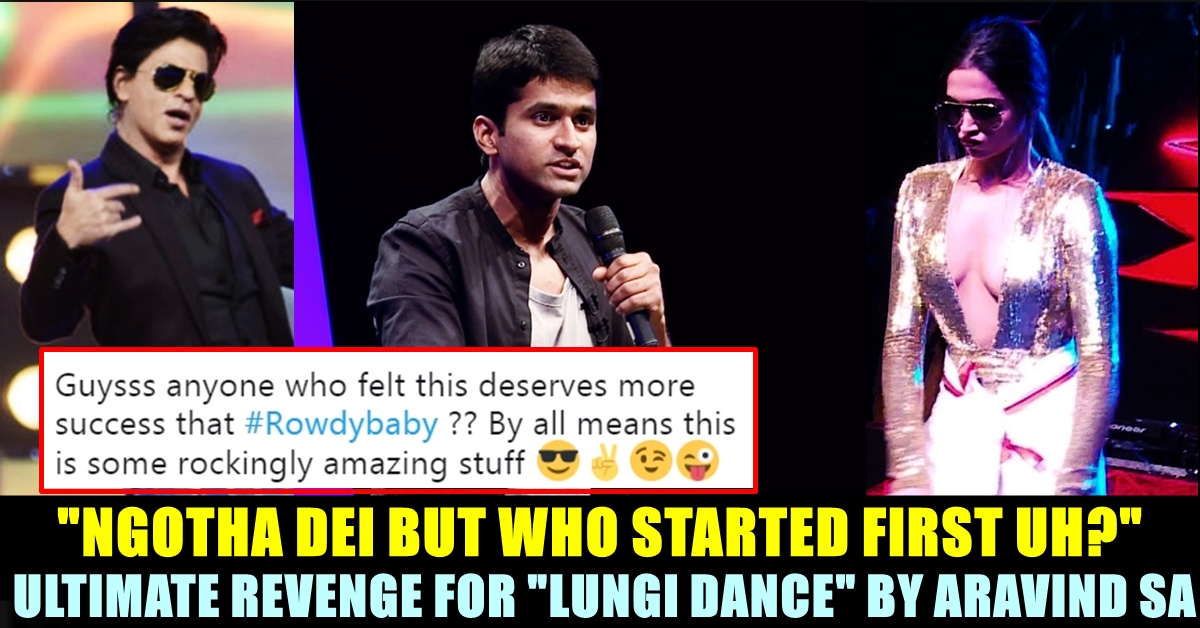 The film’s music composing duo, Vishal–Shekhar, were under the impression that they were the only musicians working on Chennai Express. Meanwhile, Honey Singh was asked by the film director to perform in the promotional song of “Lungi Dance”. Popular stand up comedian Aravind SA, who rose to fame through trolling the song line by line in one of his show is now came up with a parody song of “Lungi Dance”. 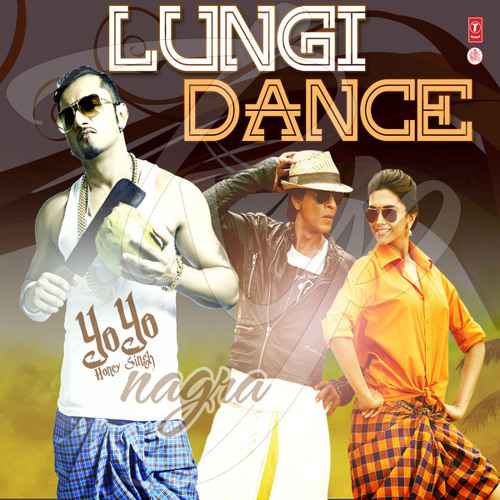 He broke down the lyrics of the Lungi dance and explained how unrelated it is to Tamil people or Rajinikanth or Tamil language. The show indeed received well by the audience as it received over 5 million views in Youtube as of now.

Now exactly after a year, Aravind came up with a video of one of his show in which he wrote his own lyrics to take revenge of the Lungi dance. The song which is titled as Chapathi song is going viral among the Internet users. Watch the song here :

On seeing this song of Aravind, Internet users couldn’t keep calm as they share the links with hilarious captions and reactions. Check out few of them here :

proud to have been a part of the crowd when it was performed live a year back at Lady Andal. The best part about the video is how it still works even after a year of creating it.

Guysss anyone who felt this deserves more success that #Rowdybaby ?? By all means this is some rockingly amazing stuff 😎✌😉😜 @Aravind_SA#ChapathiSong#Chapathi https://t.co/Jmld31wMwM

#ChapathiSong Started my day with laughter..This song shows your crazy level and also gaandu level towards them 😅.. We love you @Aravind_SA as always.. Waiting for your next video. Love from a pure Madrasiii😍

This is 🔥🔥🔥🔥 Saw this live twice but still couldn’t control my laughter while watching the video😝😜 vera level sir @Aravind_SA neenga😎😎 #ChapathiSong https://t.co/xL886VSecf

Ulti and Agmark song @Aravind_SA sir.. Especially “****dei but who started firstuh”! Thanks a lot fr this, It’s been a long time to laugh much.. Happy chapathi day! Pls Madurai la show pannunga!😂😎@cinemapayyan bro, pls watch this.. waiting for your tweet!😋#parodyoflungidance https://t.co/tHPFqcIdlA

How well can you connect to this song ?? and leave us a comment about this masterpice !!

Sivakarthikeyan Getting Trolled For Mocking Actor Vijay Once !! WATCH
This Australian Cricketer Trolled Virat Kohli & Rishab Pant For Acting In An Ad !! Indian fans Thrashed Him !!