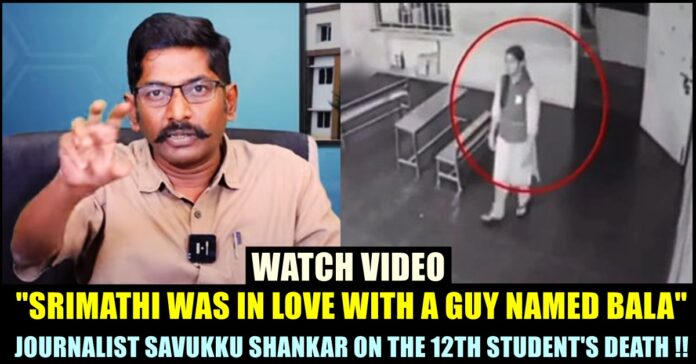 Savukku Shankar, an independent journalist who is known for his strong political opinions in social media platforms, in his recent video, claimed that Srimathi was in love with her fellow student named Balamanikandan and ended her life after her teachers confronted about it to her. Shankar ruled out that the injuries that took place in the body of the deceased were caused after she fell down from third floor. He said that Srimathi got caught to her mother after writing a letter to Balamanikandan and her mother was planning to change her school. 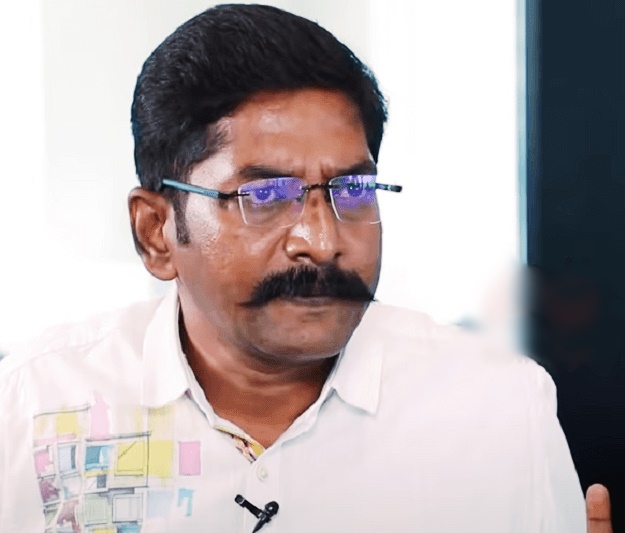 Mother of student Srimathi who allegedly died due to the torture of her school teachers, had said that she is going to approach Supreme court and is looking to do post mortem with the presence of a doctor from her side. Srimathi’s mother also wanted educated youths to come out raising voice for the issue like how farmers came forward. She also expressed her sorrow over not being able to do rituals to her daughter at right time due to the ongoing issue.

On Sunday, a huge protest took place at Kallakurichi, Tamilnadu regarding the death of a teen student at a private residential school. Initially, reports suggested that the girl wrote a letter reasoning the cause of her death but her parents who had doubts in their daughter’s demise, staged a protest with their relatives.

In the meantime, Savukku Shankar, in his video, had said that the girl was involved in a love relationship with her fellow student named Balamanikandan and police could have became aware of it now. Shankar suggested police to check the Whatsapp, phone call history between Balamanikandan and Srimathi to conclude the case. Shankar pointed out the 40 seconds CCTV footage which showed the student walking from second floor to third floor, moments before committing suicide.

Savukku Shankar said that Srimathi’s mother was trying to change her school and paid the fees in her new school but decided to let her study  in Sakthi Matriculation school as Srimathi was adamant about it. The journalist firmly says that everyone including teachers and students were aware about the love relationship between Srimathi and Balamanikandan. One of the teachers Srimathi named in her letter, could have confronted her, said Savukku and said that the theories about school administrators sexually molesting the girl are absolutely false.

Previous articleBlue Satta Asked Rs. 3 Lakh To Review?? WATCH
Next articlePriyanka Chopra Got Trolled For Bursting Crackers On Her Birthday After Schooling People During Diwali!!

Important Message From Yuvan To His Fans After Releasing “Pacha Elai” Song!!

After releasing "PachaEla" song from his upcoming movie "Love Today", renowned music composer Yuvan Shankar Raja came up with an important message to his...

Actress Urvashi Rautela's recent Instagram story that had a picture of a hospital, irked the users of online platforms as it was where Indian...