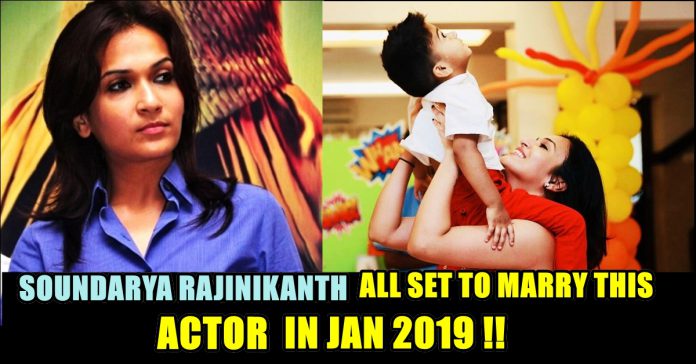 Soundarya Rajinikanth, who got divorced from her first husband, Ashwin, last year is all set to tie the knot again if IB Times is to be believed. She will get married to businessman and actor Vishagan Vanangamudi in January 2019. This is Vishagan’s second marriage as well. He had debuted with Manoj Beedha’s Vanjagar Ulagam. Apparently, he is in the running to play the lead in Sigappu Rojakkal 2. Vishagan Vanangamudi owns a pharmaceutical company. Superstar Rajinikanth’s younger daughter Soundarya Rajinikanth is set to tie the knot soon. The film-maker divorced her husband of seven years, Ashwin Ramkumar, last year. The couple had parted ways due to “irreconcilable differences” in 2016 and Soundarya had revealed that she and her husband had filed for divorce. In 2017, the divorce was finalised by mutual consent. Now, Soundarya has found love again and will marry businessman and actor Vishagan Vanangamudi in January next year. 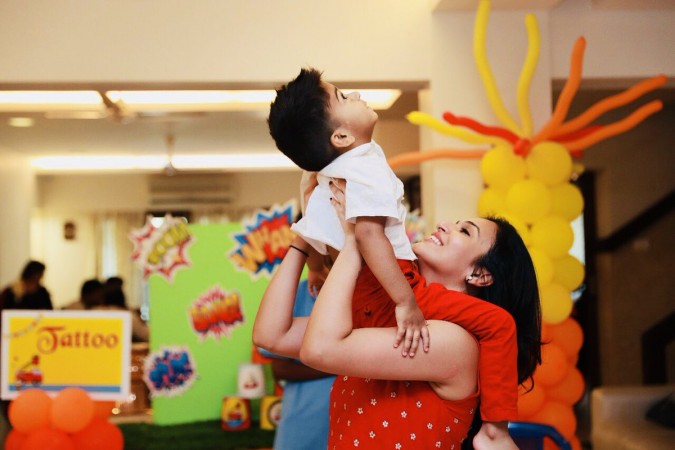 Soundarya is also mother to five-year-old Ved Krishna, who lives with her. The film-maker recently got engaged to Vishagan in an intimate ceremony in the presence of close family.

In 2017, Soundarya, who is Rajinikanth’s youngest daughter, revealed about her divorce by tweeting about it. She had written, “News about my marriage is true. We have been separated for over a year & divorce talks are on. I request all to respect my family’s privacy.” Reports also suggested that Rajinikanth himself had tried to save Soundarya and Ashwin’s marriage but it just wasn’t meant to be. Later an entertainment portal had revealed that they never were truly in love in the first place.

Soundarya Rajinikanth is a designer by profession and has been part of films like Baba, Sandakozhi, Sivaji etc in that capacity. She debuted as a director with Kochadaiiyaan, starring Rajinikanth and Deepika Padukone, which was India’s first motion capture 3D Tamil film. But the film failed to make a mark.

Like Soundarya, this will be Vishagan’s second marriage as well. He made his acting debut in Vanjagar Ulagam, and has since done small roles in a few other films. Besides movies, Vishagan also has a pharmaceutical company.

Previous articleMystery Solved : Indian Team’s Score Board Started With 10-0 In Their Chase Against Pakistan !! Check Why !!
Next articleMumbai Asked For A Better Trio All Rounders !! This Reply From CSK Was SAVAGE !!

Director Vignesh Shivan responded to the controversy about himself and his wife Nayanthara violating the rules in Thiruppathi temple. Writing an apology letter, the...

A double meaning joke uttered by actress Regina Cassandra during an interaction with a media portal is viral now. For the promotion of her...