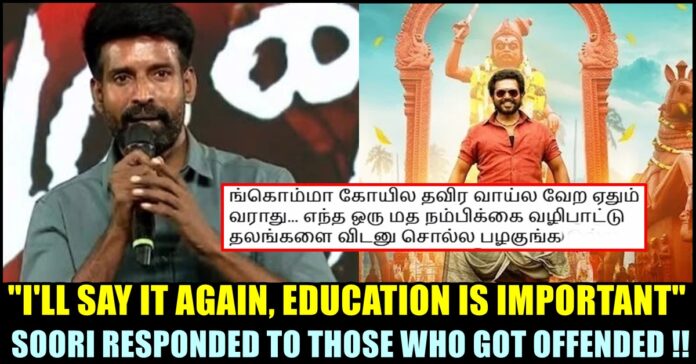 Comedy actor Soori who is about to make his debut as protagonist through Vetri Maaran’s “Viduthalai”, replied to those who got offended by his speech at the Viruman trailer launch. A group of online users, particularly those who believe in Hindu religion, condemned the actor for saying that educating a single person is better than building 1000 temples. replying to them, in a recent press meet of the same movie, had made it clear that he himself is an ardent devotee of “Meenakshi Amman” and is not against any religion.

The comedy actor, while appreciating actor Suriya, had said that making a poor student study is more valuable than building 1000 temples and places where people can eat for free. 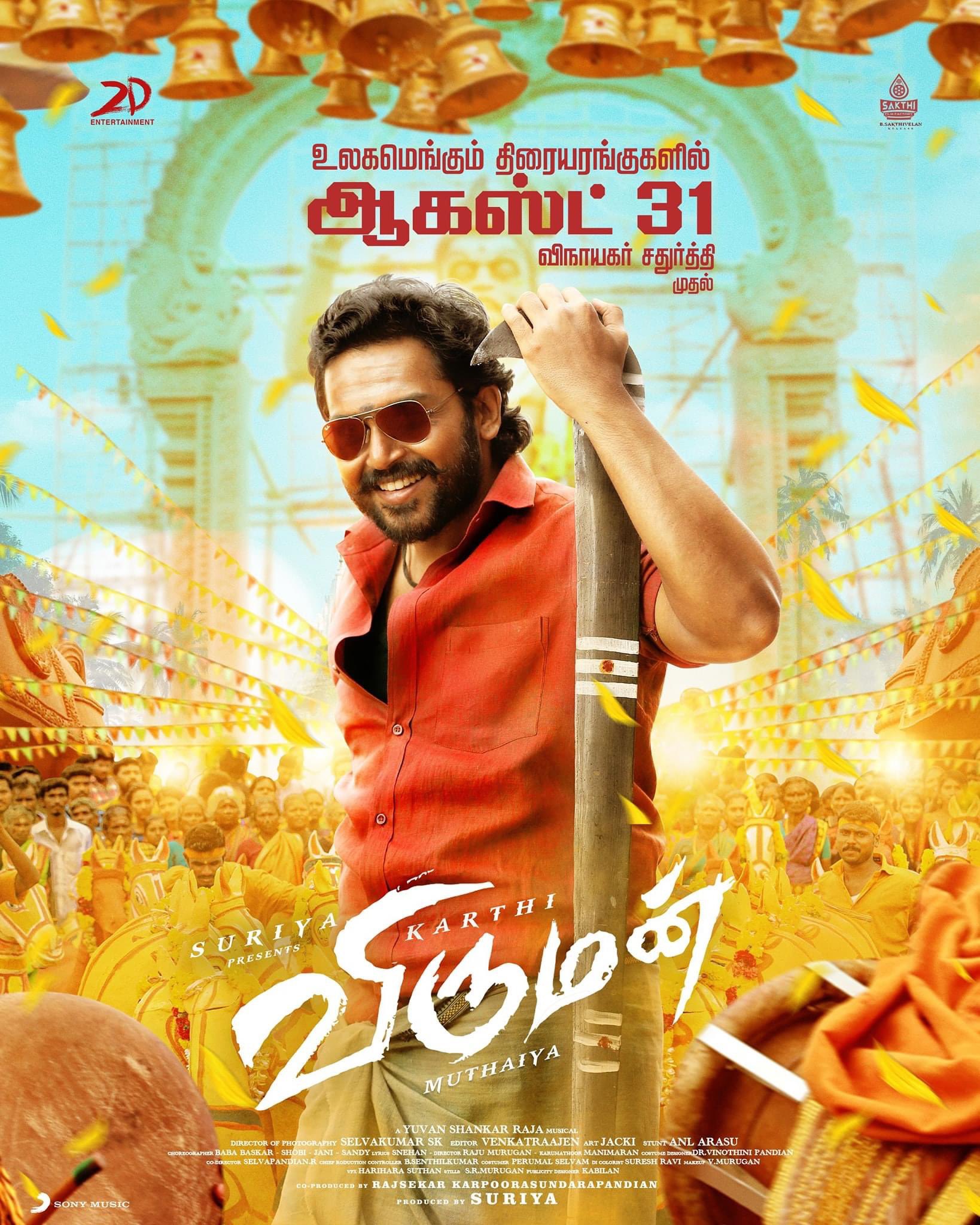 Viruman” is an upcoming film directed by Mutthaiyah of “Kutty Puli”, “Komban” fame. The film marks the debut of Adhithi Shankar, director Shankar’s daughter and Yuvan Shankar Raja has composed the music. Karthi and Yuvan combo is known for their chartbuster albums such as “Paruthiveeran’, “Paiya” “Naan Mahaan Alla” and few others. Soori, Karunas, Rajkiran, Vaiyapuri, Ilavarasu, Prakash Raj, RK Suresh has joined the supporting cast of the film, cinematography and editing of which was done by Selvakumar S and Venkat Rajeen respectively.

The event which took place at Madurai saw the presence of celebrities such as Suriya, Karthi, Adhithi, Shankar, Doori, Karunas and many others. Comedy actor Soori started his speech by congratulating Suriya for his achievement of winning national award as an actor for “Soorarai Pottru”. 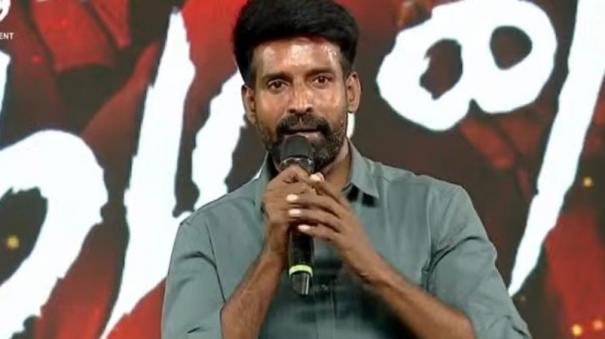 “You got the award because of the hard work and concern you invested in cinema. Be it the films you produce or those in which you are acting, it will speak volume for years” Soori said through his speech and went on to laud the actor for his Aaram foundation through which he has been making poor kids study.

“Beyond all your achievements, your service of making poor people study stand tall. More than constructing thousands of temples and building places for people to eat free food, making a kid get his education will speak for years and years. Your fans will support you forever” the actor said.

While many fans of actor Suriya lauded Soori for his honest speech, a group of people who believe in Hindu religion started calling out the comedy actor who is going to debut as a lead through Vettri Maaran’s “Viduthalai”. Many asked why he didn’t mention church or Mosque. Read : Soori’s Speech At Viruman Event Triggered A Group Of People!!

Now, clarifying about the same, Soori, in another event of the same movie, said that he himself is an ardent follower of “Meenakshi Amman” and has named all his hotels in Madurai after the Goddess. “My statement was misunderstood by few people but I never talked against any religion. I faced so many humiliations due to my illiteracy. I am repeating my words, education is important and Meenakshi Amman will provide it to everyone” the actor said in the event.

Previous articleYouth Who Fell In Pulla Veli Falls Found After 1 Week Between Rocks !!
Next article“What Is The Need Of 17 Cars ??” Actress Questioned After Ambulance Made To Wait !!

On Monday, July 13, Nepalese Prime minister KP Sharma Oli made a controversial statement which is all set to create furore. He said that...

Popular Actress Facing The Wrath Of Public For Cursing A Child !! WATCH !!

Swara Bhaskar is an Indian actress who predominantly works in Hindi cinema. The 31-year-old, who appeared on a Talk show on November 1, is...