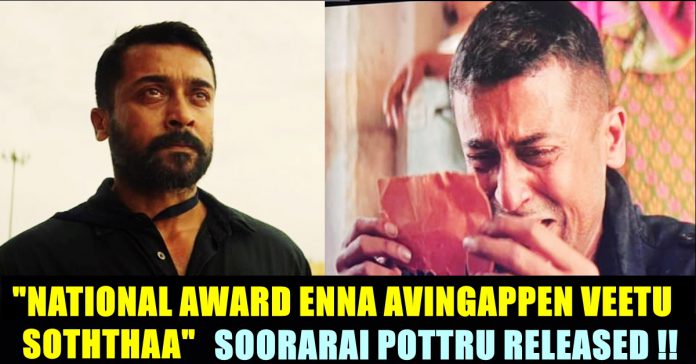 The film’s plot revolves around Nedumaaran Rajangam’s constant struggles to initiate an Airline of his own to make simple people travel in it. He is being confronted by Paresh, an influential personality who is already running a successful airline. Paresh’s ideology of “the rich remain rich and the poor remain poor” and the constant smirk on his face while talking with Maara irritates audience as much as it irritated the protagonist.

The relationship between Maara and Bommi(played by Aparna Balamurali) is something we can’t see in Tamil cinema often. Though their chemistry isn’t the greatest, it worked with regards to the writing of Sudha Kongara. Their portion needed more exploration other than just showing their mutual interest in each other’s dreams. Maara’s relationship with his aging father would have definitely made many people who watched the film shed tears. Oorvashi was just top notch in the role she was provided.

The entire film is set on earlier 2000’s and depicts how Nedumaaran tried to make people fly in flights with just 1 rupee and successfully accomplished his mission with the help of his two friends. From the start, the film stands against caste discrimination and against the discrimination that takes place between rich and poor. Director Sudha Kongara says that she took inspiration from G.R Gopinath’s autobiography “Simple fly” and made a story that is suitable for the entertainment medium.

The background score of G.V Prakash acted as a backbone for his film whereas the camera work done by Nikketh Bommireddy increased the intensity of the plot. Suriya’s performance in the film is being considered as his career best as he made audience forget that they are watching a film. He who lifted the film in his shoulders throughout the second half, succeeded as a man who will reach any length to achieve his dream.

Check out some of the reactions for the film in Internet :

#SooraraiPottru – ⭐️⭐️⭐️⭐️⭐️The best film of @Suriya_offl in this decade.Thank you #SudhaKongara for feeding this Eagle with the hot and healthy meat, he flies big time. What an exhilarating sight it is to watch him perform in a script that respects his hard work & talent

Enjoyed #SooraraiPottru. Quite an inspiring story of a guy who made flying affordable while breaking so many barriers. With the right amount of drama, it keeps you pinned till the end. @Suriya_offl elevates this story with one of his best performances. A winner for #AmazonPrime

#SooraraiPottru An outstanding performance by @Suriya_offl brother!! Very well etched characters and all played their roles so well. Moved and very motivating. Hats off to director #Sudha Mam & her entire team for the excellent execution! Congratulations and keep flying high.👍❤

@Suriya_offl Wish you all the very very best with this extraordinary film my bro…. can’t wait for the world to see this spectacular piece of work… BRILLIANT. #SooraraiPottru # SudhaKongara @guneetm @PrimeVideoIN https://t.co/eyGlKENTKI

#SooraraiPottru is an Emotional Biopic. You will root for Maara scene after scene seeing his struggle. Hats off to @Suriya_offl sir who lived his character. He is lit🔥🔥. Sudha mam is terrific in every sense👌👍. Congrats to Entire passionate team. 😊🙏.

#SooraraiPottru is a pure Sudha’s movie and sure no one could have driven the flight #Maara very well than #Suriya. I love the emotion throughout the movie. I really missed watching this movie in theatre. 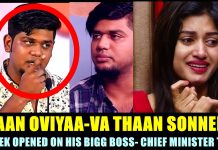